Kirk Ferentz, who began his 18th season as the Iowa University head football coach on Saturday, just signed a major contract extension that will take him through the end of the 2025 season.

Iowa's program had struggled slightly in recent years, but Ferentz was able to turn it around last season. The Hawkeyes boasted a 12-2 record, one of the best in school history, and made it to the Rose Bowl. 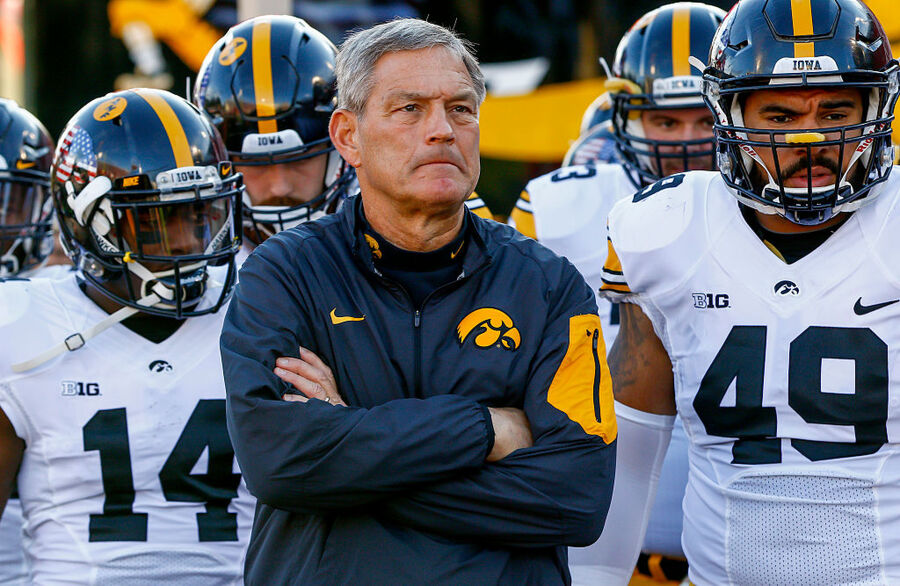 In his 17 seasons as the Iowa coach, Ferentz has taken the Hawkeyes to 13 bowl games. He has an overall record of 128-87, which places him eighth all-time in coaching victories among Big Ten coaches. Ferentz has been named Big Ten Coach of the Year four times in his career. His admirable behavior both on and off the field has earned him respect from all levels.

"Kirk represents what we celebrate in our state and at our university; hard work, relentless pursuit of doing the little things right, and humbleness that allows the success of others to shine through," said University President Bruce Harreld.  "His and (his wife) Mary's generosity toward our community and state is remarkable, and I look forward to having him lead our program for years to come."

"Kirk is one of the top coaches in country.  His commitment to winning, graduating student-athletes, and doing things the right way is unmatched by any program or coach. There is strong momentum surrounding the Hawkeye football program.  Whether it's on the field, recruiting, academics, facilities, or with his staff, we're achieving at a high level today, and are well positioned for continued success for years to come."

With Ferentz secured in his spot, a senior gunslinger at quarterback, and eight returning starters on defense, Iowa is poised to have great success yet again this season.