Insurance Policies For Athletes – Are They Actually Worth It?

One of the unfortunate realities of professional sports is the potential for injury. Despite endless training and practice to reach peak physical condition, these athletes are still human. All it takes is one wrong jump, cut, or hit, and a season – or even a career – can be over before you know it.

The Duke Blue Devils saw that firsthand when their star player, Zion Williamson, burst through his shoe and sprained his knee. Williamson is a top draft prospect and perhaps the most hyped player coming out of college since LeBron James.

Thankfully, the injury appears to not be too severe. Still, Williamson has yet to return to the court more than two weeks later. And there's no telling if this setback could lead to more serious injuries down the road.

The possibility of injury is one of the reasons Williamson and so many other star college athletes get insurance policies on themselves. They don't make any money while in college. An injury could prevent them from tens or hundreds of millions of dollars in potential earnings. 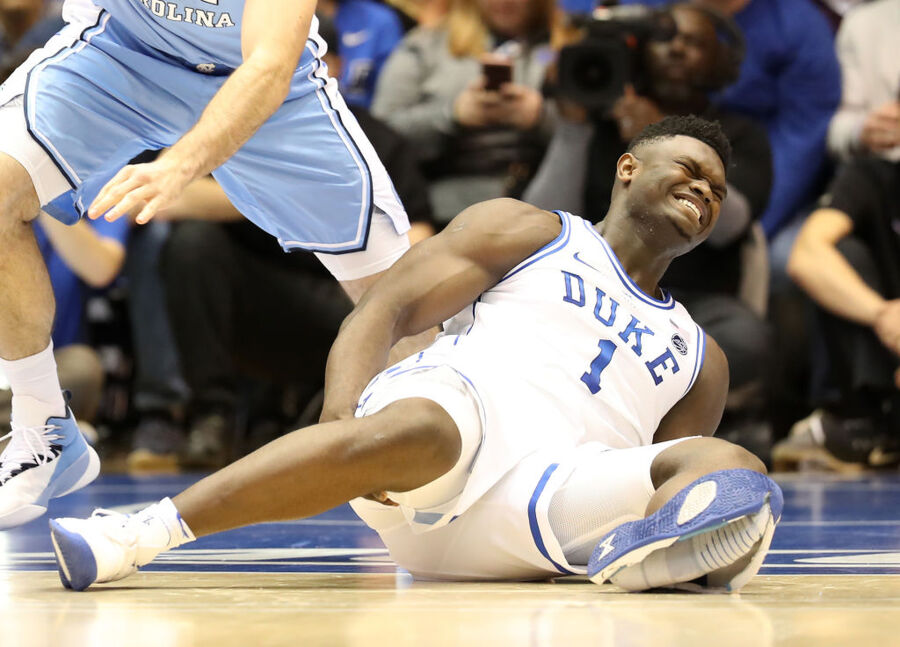 In Williamson's case, his policy pays him $8 million if he falls past the 16th pick in this year's draft. Even after his injury, that's extremely unlikely. But suppose he did fall to the 17th selection: Per last year's rookie salary scale, he'd make about $6.3 million over three seasons. DeAndre Ayton, the No. 1 pick last season, will receive more than $20.9 million.

That's a substantial difference, and Williamson's insurance policy barely covers half of that. Still, it's better than not having any money. And Williamson is taking a page from athletes who have come before him.

Players like Leonard Fournette and Christian McCaffrey sat out their bowl games before entering the draft, not wanting to risk injury. Michigan tight end Jake Butt opted to play his team's bowl game and tore his ACL. Though he wasn't projected to be a first round pick like Fournette and McCaffrey, Butt still lost some value from the injury. Thanks to his insurance policy, he collected $543,000 tax-free.

Fournette himself had two separate insurance policies worth $10 million each. Fortunately for him, he didn't have to use it, though he has sustained some injuries since entering the league. 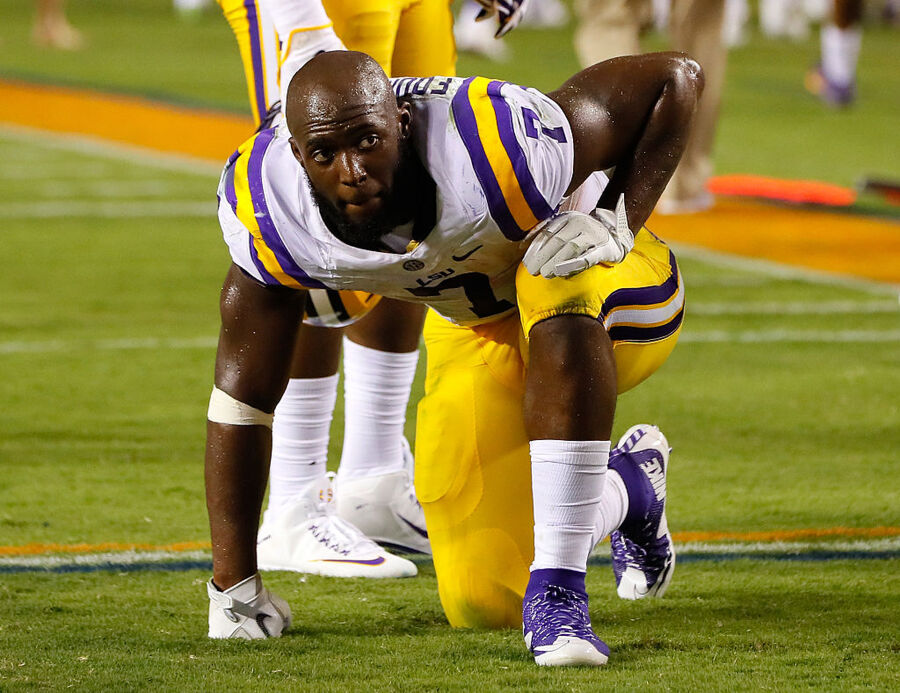 The NFL, NBA, and MLB all have slotted compensation and rookie wage scales. Players may not know the exact spot they'll get drafted, but they have a better idea than ever before. Particularly for players expected to go in the first round of their respective leagues' drafts, it might be worthwhile to spend a few thousand dollars on a policy that could potentially result in millions of dollars should injury strike.

Of course, insurance companies are trying to make money – and they won't always pay out. Even if a player gets hurt, there can often be legal fees involved as companies look for areas where they could possibly deny coverage. This includes an athlete failing to disclose an injury or medical information, or that the athlete's injury or illness wasn't the "sole and direct" cause of their draft stock falling.

Receiver Marqise Lee was considered a first-round prospect before the 2013 college football season. After suffering through a knee injury, he dropped to the second round, where the Jaguars selected him with the 39th pick. He took out an insurance policy prior to the season that promised to pay the difference between his rookie contract and a $9.6 million baseline, up to $5 million.

Lee's four-year deal with the Jaguars? $5,175,016. In other words, the policy should have paid him about $4.5 million. Per the Orange County Register, Lee submitted a detailed medical questionnaire and physical exam when he got the policy. When he tried to collect two weeks after draft day, he filed a proof of loss form, which included medical data on how his knee was treated during the season. 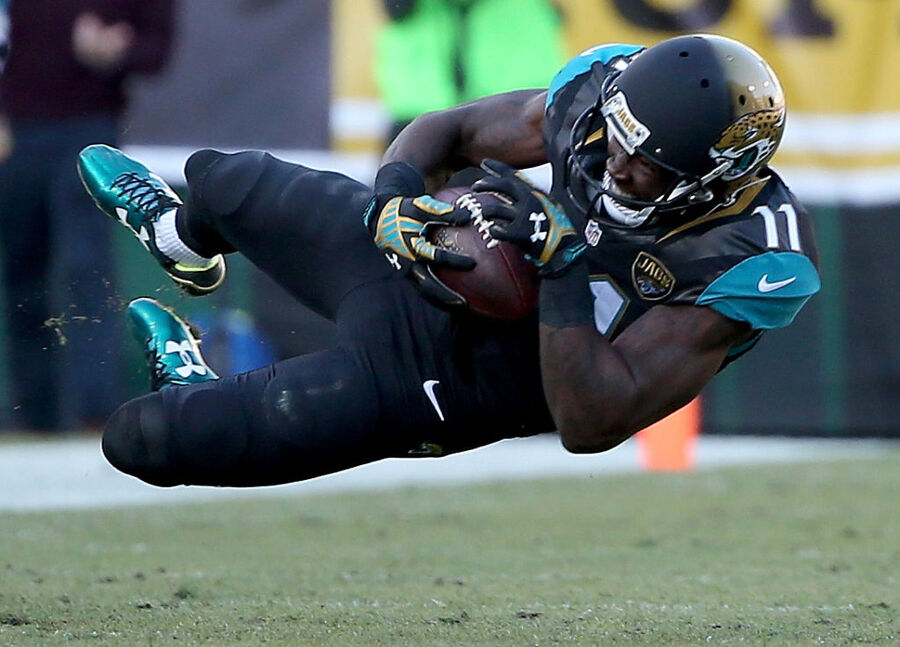 His insurance company, Lloyd's of London, claimed Lee withheld medical information that would have voided the policy. They said they refunded the premium he paid, worth nearly $95,000. But they had no plans to pay up on the policy itself.

Lee sued Lloyd's of London, looking to recover the $4.5 million or so he's owed. Fortunately for him, he's been able to have a productive NFL career since his injury, and re-signed with the Jaguars last season for four years and $34 million, with $16.5 million guaranteed.

In some cases, having a policy might impact a player's decision to continue playing. Golfer Anthony Kim was playing well and won multiple events before a career-ending injury in 2012. But did his injury truly knock him out, or were there other factors at play? Kim has an insurance policy worth an estimated $17 million, tax-free. But if he takes even one swing on the pro circuit, the policy is voided. Kim still hasn't played in a pro event since 2012, and maybe it's the right move. He'd have to earn about $35 million to $40 million during his career just to take home about the same amount. Why not just stay off the fairways and get the money without all that extra punishment on his body?

Part of the problem with these loss of draft value and career-ending permanent disability insurance policies is that they're highly unregulated. A company could argue just about anything a player does makes a policy void. Perhaps the player had a cold before a game in which he tore his ACL? They could say since he already had a "pre-existing condition," the policy was void. That's an extreme case, but companies will rarely pay out millions of dollars without a fight.

And it's on players to make sure their policies are airtight. If they submit a loss of value or career-ending permanent disability policy application that has errors, they'll have a tough time winning their case. The player, their family, their university, their broker, their financial planner, or anyone else in their inner circle have to thoroughly vet a claim. Otherwise, when the time comes to collect, the player will end up disappointed.

In Williamson's case, he'll probably end up being okay. He's still a major talent and this injury likely won't cause his stock to tumble too far. But the world of athlete insurance policies isn't nearly as cut and dry as we think. Sometimes, it can be far more trouble than it's worth.