Inside The Impressive Career Earnings Of The 1996 NBA Draft Class

The 1996 NBA Draft class is regarded as one of the best ever. 47 out of 58 players made an appearance in the league, and 23 of them had careers that lasted at least 10 years. The star power is impressive, too. Kobe Bryant led the way, but this class also included Steve Nash, Allen Iverson, Ray Allen, Jermaine O'Neal, and Stephon Marbury.

A third of the first-round picks later became NBA All-Stars, and the class even produced an undrafted All-Star in Ben Wallace. Multiple players also won Defensive Player of the Year (Wallace and Marcus Camby) and the '96 class gave us two five-time champions in Bryant and Derek Fisher.

Perhaps it's not much of a surprise, then, that this draft class got paid.

Of the top ten picks, nine of them made at least $55 million during their careers. While these top picks were all generally solid NBA players, the two top players were selected later in the first round.

Kobe Bryant was taken 13th overall by the Charlotte Hornets, then immediately traded to the Lakers for Vlade Divac. In a great "what if" moment, the trade almost fell through because Divac threatened to retire, rather than leave L.A. But Divac eventually relented and Bryant joined the Lakers, becoming a Hall of Famer en route to five championships. 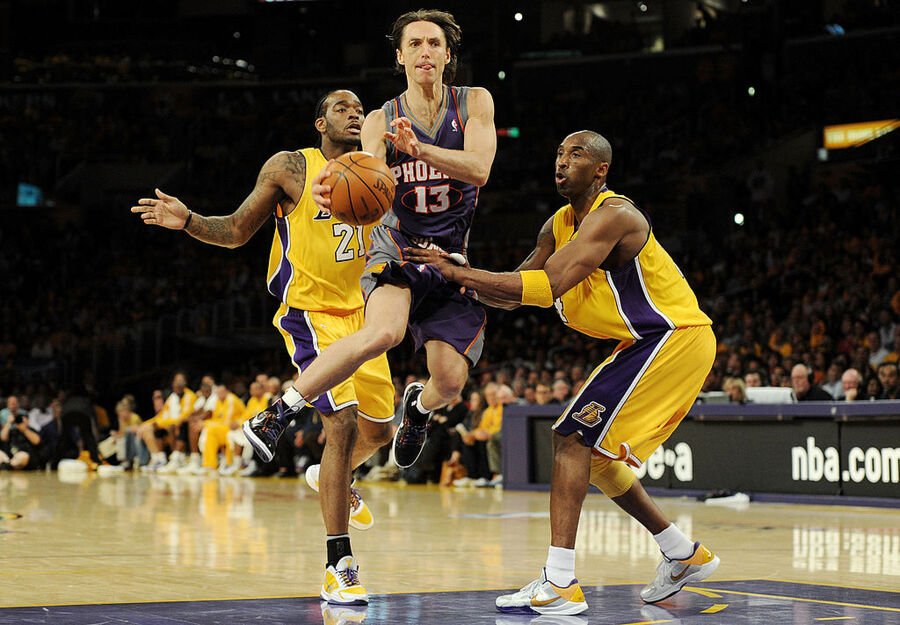 Meanwhile, Steve Nash, out of little-known Santa Clara, went 15th overall to the Phoenix Suns. He later joined forces with Dirk Nowitzki in Dallas before returning to Phoenix. He then finished his career playing alongside Bryant with the Lakers.

So just how much money did some of these players pull in?

The fivesome of Kobe Bryant, Ray Allen, Jermaine O'Neal, Allen Iverson, and Stephon Marbury, who played a combined 83 seasons, made nearly a billion dollars during their careers. They collected a total of just under $987 million over the span of 20 years.