Dak Prescott and the Dallas Cowboys have had a wild journey together. The 27-year-old quarterback was drafted in the fourth round of the 2016 NFL Draft, with plans to serve as Tony Romo's backup as he developed. But after Romo suffered a vertebral compression fracture during the preseason, Prescott was thrust into the starting role in Week 1 of his rookie season.

Prescott exceeded expectations and never relinquished the starting job. But for years, the quarterback and team couldn't reach an agreement on a new contract. The Cowboys placed the franchise tag on Prescott in 2020. Five games into that season, Prescott had a gruesome injury where he dislocated his right ankle and suffered a compound fracture.

Though the Cowboys publicly supported Prescott, it was unclear if they could come to an agreement with their quarterback. Well, it seems like they've figured it out. 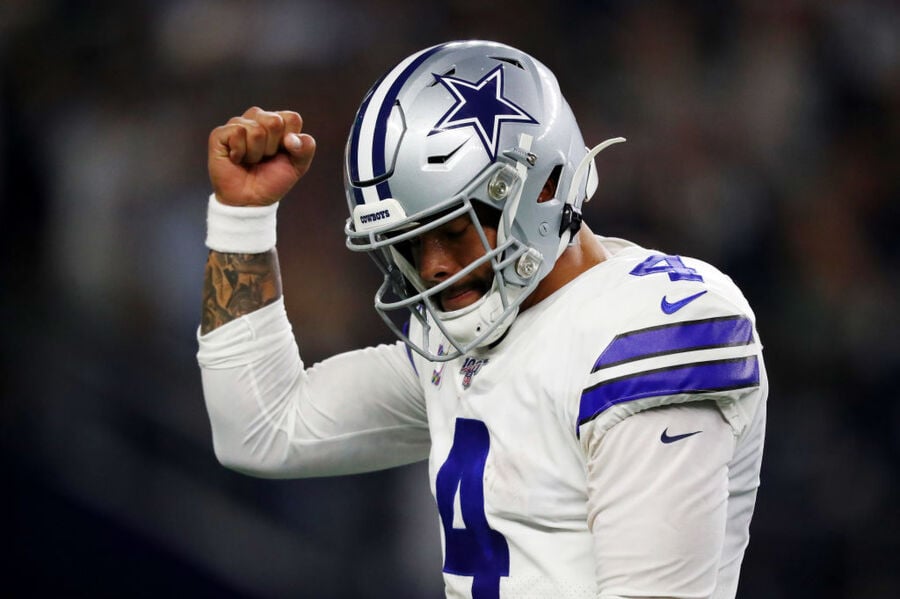 The Cowboys and Prescott agreed to a four-year, $160 million extension that could be worth up to $164 million. The deal includes $126 million guaranteed, with a record $75 million due the first year, per ESPN's Adam Schefter. The deal also includes a $66 million signing bonus, which is the largest in NFL history. The first three years of the deal average $42 million per season.

The contract is technically for six years, though it voids to four for salary cap reasons. That salary cap relief will come right away — Prescott's salary-cap number for this season is $15.5 million less than if he played under the franchise tag again.

In five seasons so far, Prescott has gone 42-27 with 17,364 passing yards, 106 touchdown passes, 40 interceptions, and a 66 percent completion rate. He's been under intense media scrutiny, but last season showed how valuable he is to the team. The Cowboys offense sputtered after Prescott's injury, including scoring just one touchdown during a three-game span.

Of course, now that he's secured a big deal, the pressure will be even greater for Prescott to succeed. The Cowboys haven't reached the Super Bowl in 25 years. If Prescott can lead the team to a championship, he'll be worth every penny.