Inside The Complex World Of NBA Bonuses

At the beginning of the summer, there were 93 players in the NBA who had bonuses in their contract. Nearly two-thirds of those players were rookies, who received bonuses for participating in games over the summer, or for participating in skills and conditioning camps. While rookies are on a tiered salary scale based on their draft position, they can negotiate for more money – sometimes up to 20 percent – in off-season bonuses. Reigning Rookie of the Year Karl-Anthony Towns took advantage of one of those bonuses last year, receiving an additional $50,000 for attending a team-designated skills and conditioning camp this year.

After training camps and NBA Summer League games concluded, the number of players who can receive bonuses this year decreased by quite a bit, but there are still 33 guys who can make more than what their given salary is. The Vertical Front-Office Insider Bobby Marks, a 20-year executive with the Nets, took a thorough look at the current NBA bonus landscape, sharing his thoughts on which bonuses are attainable, and which are highly unlikely.

These seem simple enough – log a certain amount of minutes or games played and receive extra money. Milwaukee Bucks teammates Miles Plumlee (41 games played or 2,000 minutes) and John Henson (60 or 75 games played) can get additional bonuses if they reach those milestones. For Henson, that might be more difficult, since he's never played more than 70 games in his career and missed 25 last season. New Brooklyn Nets free agents Jeremy Lin (61 games and All-NBA honors), Luis Scola, and Greivis Vasquez (65 games apiece) also have incentives. Scola achieved his milestone last year with the Toronto Raptors. His bonuses are deemed likely, based on last year's success. 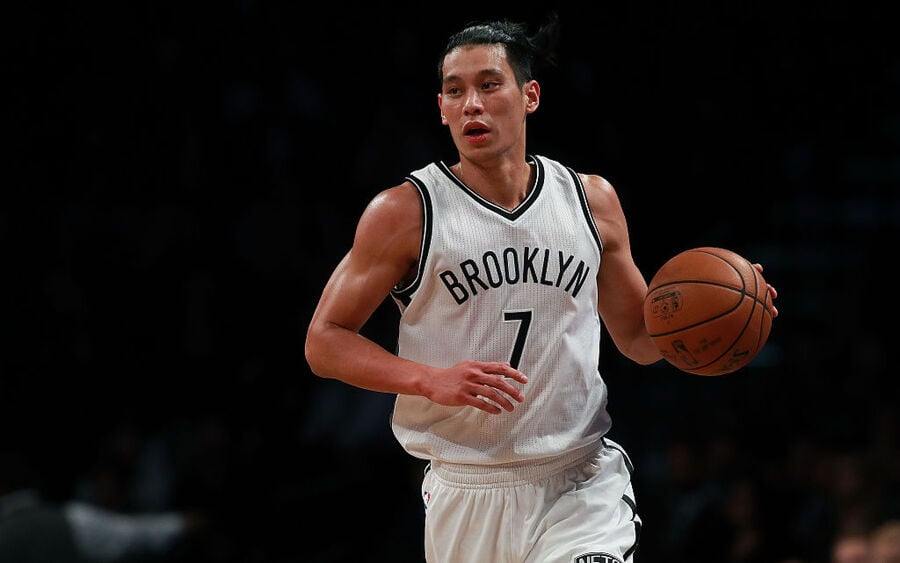 Lin has the most complex bonus structure, with the ability to earn another $750,000 for achieving four different sets of incentives. In addition to games played and All-NBA honors, Lin can get bonuses for assists, turnovers, three-point percentage, three-pointers attempted, and free throws attempted per 36 minutes. All of these bonuses are deemed unlikely based on Lin's performance in Charlotte last season, but as the bona fide starter in Brooklyn, his goals might be more attainable this year.

There are 20 players in the league who could win incentives when the season is over. They range from incredibly unlikely – Thaddeus Young won't be cashing a $500,000 check for winning the league MVP – to fairly probable – think Denver's Will Barton winning Sixth Man of the Year award. He finished fourth in voting for that award last year. While Jamal Crawford has had a hold on Sixth Man of the Year throughout most of his career, if Barton pulls off the minor upset, he'll collect a cool $250,000. Not bad for someone who's earning a modest $3.5 million in salary this year.

Once we start moving into the playoffs, things get a little more complex. The Chicago Bulls, who massively overhauled their roster this season, now have Rajon Rondo as their starting point guard. To earn a bonus, Rondo must play in at least 55 games while averaging a minimum of 30 minutes a night, and on top of that, the Bulls have to reach at least the conference finals, something they've done just once since Michael Jordan retired in 1998. 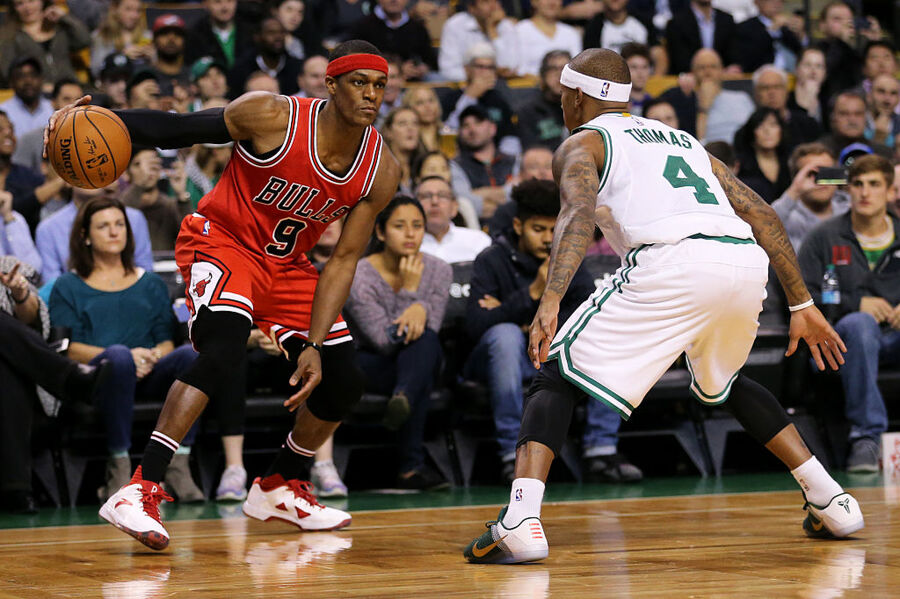 Rondo's teammate Taj Gibson has to play more regular-season games (60) but fewer minutes per game (25), as well as make an appearance in 75 percent of the Bulls playoff games to reach his bonus.

Meanwhile, in the Western Conference, Joe Ingles of the Jazz only needs to reach the first round to earn his bonus. As the Jazz only finished a game out of the postseason last year and have an improved roster this season, Ingles should be taking home a little extra cash.

All-Star Incentives For A Former All-Star

The Mavericks have made the playoffs 15 out of the last 16 seasons, so that part could be doable for Deron Williams, who re-signed with the team for one year this off-season. However, Williams also needs to play in 72 games – which hasn't happened since 2013, make the All-Star team – which he hasn't done since 2012, and earn All-NBA honors (not since 2010) to take home his full incentives, which total $1 million.

Conversely, Atlanta's Dennis Schroder has never made an All-Star Game, but he just signed a big contract extension with the Hawks his off-season for four years and $62 million. The team is trusting him to be their point guard of the future, and are offering up to $2 million if the German reaches certain milestones. It starts with an All-Star appearance, and it ends with a combination of games played and the Hawks reaching or winning the NBA championship. Hey, LeBron can't coast to the Finals EVERY year, can he? 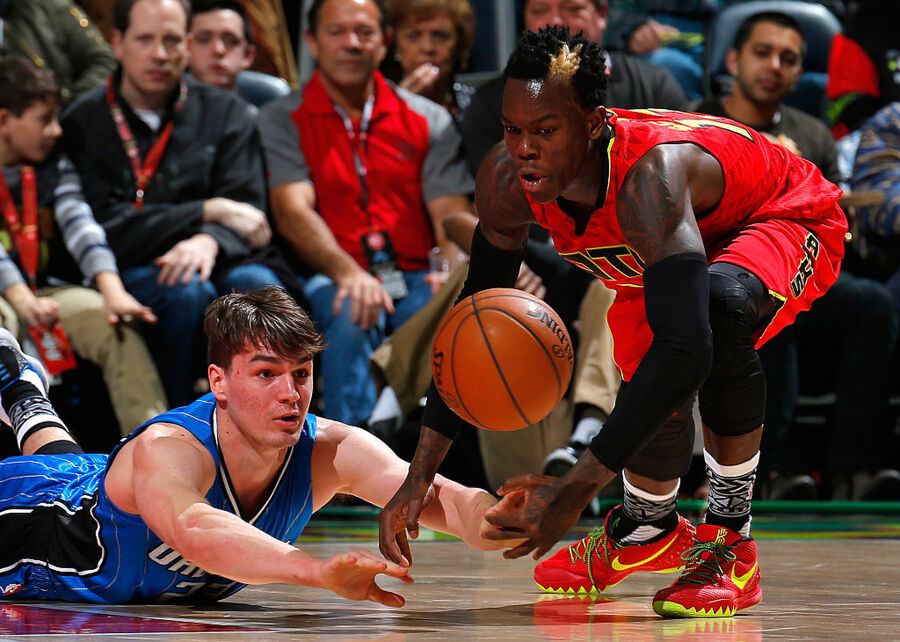 Other players may fall short of incentive bonuses after missing time early this season. The Pelicans' Jrue Holiday took a leave of absence from the team to be with his wife, who underwent surgery for brain cancer. As a result, he may not reach 65 games played, which would prevent him from earning an additional $1.2 million. Obviously, the health and wellbeing of his family come first, which is a noble act on Holiday's part.

Similarly, the Timberwolves' Nikola Pekovic came into this season with high aspirations – he had fairly achievable bonuses based on awards, games and making the All-Star team that could equal up to $1.6 million. But a foot injury has sidelined him for the year, and it's unknown if his incentives will stick around next season.

Other players have bonuses tied to their team success, which, frankly, looks to be near impossible. Chicago's Nikola Mirotic can earn $800,000 if the Bulls win at least 65 games this season. They've had a pretty decent start, but they'd need to pick it up quite a bit for Mirotic to make his extra money. Meanwhile, Holiday's teammate, Omer Asik, can earn bonuses if he makes an All-Star Game – which he's never done before – and also if the Pelicans reach the conference finals, the NBA finals, and/or win the NBA championship. Considering New Orleans was the last team to get a win this season, it's safe to say that's a long shot.