By Travis Pulver on September 22, 2015 in Articles › Sports News

The Indianapolis Colts managed to do something that very few teams have been able to do back in 2012. They managed to successfully transition from the Peyton Manning Era to the Andrew Luck Era.

Normally, when a team loses a marquee quarterback like Manning, there is a transition period; a few years of poor to mediocre records as the new quarterback gets acclimated to the professional game. The quarterback's job is an extremely tough one, and rarely does a young player come in and succeed at it from the start – but that is exactly what Andrew Luck has done.

None of the team's current success would have been possible had the team's owner, Jim Irsay, not had the guts to pull the trigger and cut one of the greatest quarterbacks of all time. Many armchair general managers will probably claim they would have done the same thing, but they don't own a professional football franchise, so it is easy to make the claim. 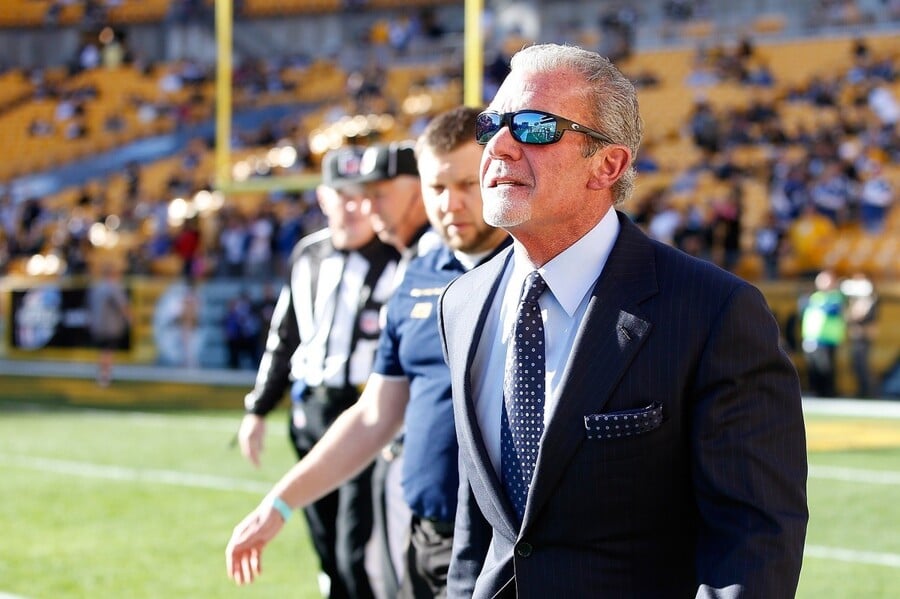 Most of us are also not lucky enough to have a father rich enough to leave us an NFL team when he passes away – which is how Jim Irsay came to own the Colts back in 1997. He didn't make a fortune in another occupation, and then pay an outrageous price for the team. His daddy made his fortune, bought a team, traded it to another owner for the Colts, and left it to him when he passed away.

His father was one of the more infamous NFL team owners during his day. He made his fortune as a businessman. The bulk of his $150 million fortune came from various heating and air-conditioning business. He also left his father's business in Chicago to form his own sheet-metal company. In time, it became the largest company of its kind in Chicago.

In 1951, Robert Irsay founded the Robert Irsay Co., which he sold to Zurn Industries in 1971 (a producer of plumbing products).

How he came to own the Colts (who were in Baltimore at the time), is one of the more interesting financial deals in sports history. On July 13, 1972, he bought the Los Angeles Rams for $19 million from the estate of Dan Reeves. That day, he traded the team to Carroll Rosenbloom, who was the owner of the Baltimore Colts at the time, but who wanted to live on the West Coast.

He will forever be known as the owner who took his team and moved it out of town in the middle of the night, but there is a part of the story that few know, that makes the move seem less dastardly that it has been perceived to have been. Like many NFL owners, Irsay's relationship with the City of Baltimore officials was strained. The Maryland legislature passed a law on March 27, 1984, that made it legal for the state to claim eminent domain and seize the team in the name of the public good.

Fearing that the state was going to do just that, he accepted a deal from the City of Indianapolis. Then Indianapolis mayor, William H. Hudnut III, was the person who contacted Mayflower moving company to arrange for 15 trucks to move the team in the middle of the night.