Paul George has been considered one of the top players in the NBA for some time now. So it isn't hard to see why Nike gave George his own signature shoe earlier this week, the PG1. But unlike some of his peers, George wasn't considered a basketball prodigy out of high school. Lightly recruited out of high school, George was overlooked by many major programs, which resulted in him attending Fresno State University. After spending two years at FSU, George was selected as 10th overall in the 2010 NBA Draft by the Indiana Pacers. He put up a solid rookie campaign, which led him to being selected to the NBA All-Rookie Second Team.

George continued to improve in the 2011-12 season, but it was the 2012-13 season where he began to ascent to basketball stardom. That year, he was selected to his first All-Star team, was selected as the NBA's Most Improved Player, landed on the NBA All-Defensive Second Team, and the All-NBA Third team with averages of 17.4 points per game, 7.6 rebounds per game, and 4.1 assists per game. He also led the Pacers to the Eastern Conference Finals, where they ultimately lost to LeBron James' Miami Heat squad, 4-2. 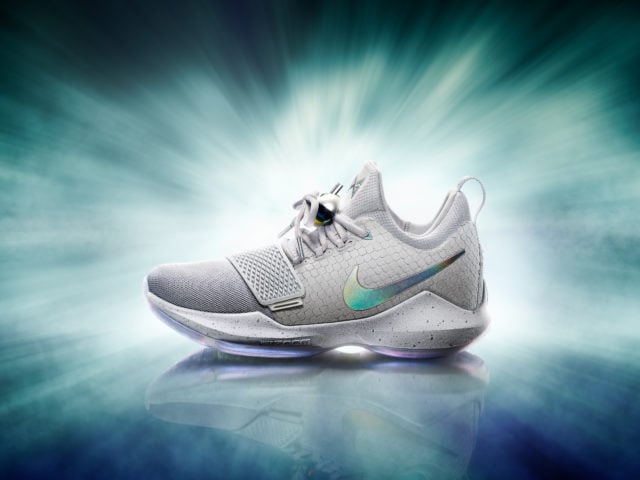 Paul continued his success in the 2013-14 season, notching another All-Star team selection, All-NBA Third Team selection, and a NBA All-Defensive First Team nod. But George's career was left in doubt in the summer of 2014, after he suffered a compound fracture during a scrimmage while playing for the US national team. He was projected to miss the entire 2014-15 NBA season, but returned to the lineup late in the season, averaging 8.8 points and 3.7 rebounds in six games for the Pacers.

George picked up right where he left off in the 2015-16 season, picking up his third All-Star and All-NBA Third Team selection, in addition to an NBA All-Defensive Second Team nod, ending the season with career highs in points per game (23.1), assists per game (4.1), steals per game (1.9), and games played (81).

Fast forward to this season, and the 26-year-old baller is having another great year, averaging 22.5 points, 6.2 rebounds, 3.3 assists, while averaging a career high 92 percent from the free throw line, with his Pacers squad sitting as the #5 seed (as of January 11). So it's easy to see why George is deserving of his own signature shoe.

The PG1, which will retail for $110, features a forefoot strap with Flywire technology that provides adaptive support, a Zoom Air unit under the forefoot and plush sockliner provide responsive cushioning, full-bootie construction that delivers a snug, 1-to-1 fit, and multidirectional scale-inspired blade traction provides ultimate court grip.

Here is the elite list of basketball players to receive their own signature shoe from Nike: