In Professional Sports Terms, Joe Rogan's Spotify Contract Would Make Him The Third Highest-Paid Athlete Of All Time

Joe Rogan was an early adopter in the podcasting space, and it's paid off for him, big time. He launched The Joe Rogan Experience back in December 2009. Fans could tune in for free across podcast platforms or on YouTube. Then, in May 2020, Spotify shook up the podcast world by offering Rogan an exclusive deal. They'd give him a ton of money, and in return, Rogan's show would only be available on their platform.

At the time, the deal was believed to be a three-year agreement worth $100 million. But thanks to some deep sleuthing, it was revealed earlier this year that Rogan's contract is actually worth far more than that amount.

Of course, $100 million isn't anything to scoff at. But the real value of Rogan's deal? To put it in sports terms, if Joe was a professional athlete operating under this contract, he would be the third highest-paid athlete of all time. 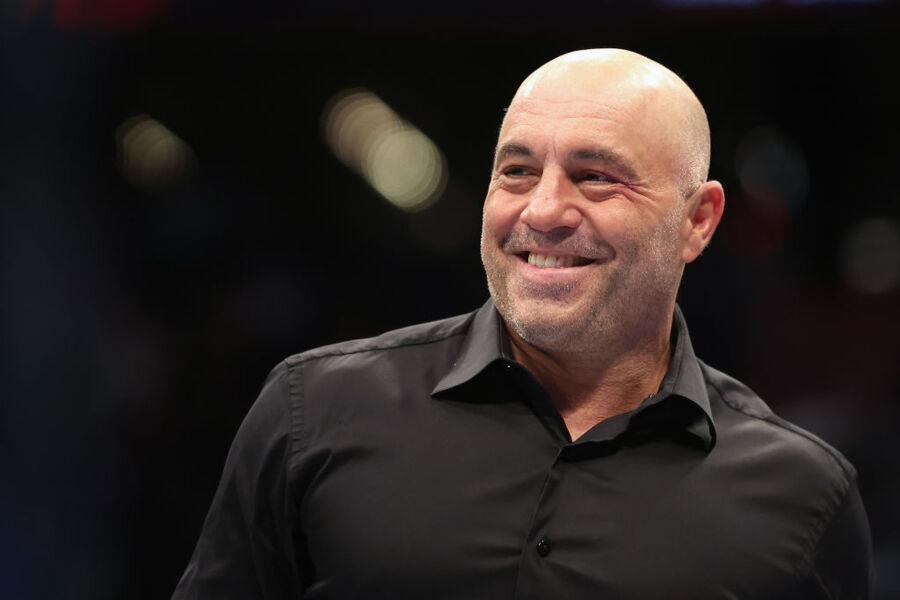 Before moving to Spotify, Joe Rogan was believed to be making about $20 to $30 million per year. Had Spotify indeed offered him "just" $100 million over three years, it would be a fairly small raise.

According to the updated contract numbers, it appears Spotify actually is paying Joe Rogan $200 million over three and a half years.

Some of that money goes to Rogan's production costs, but his show is not a big-budget affair. Let's conservatively estimate he spends $150,000 per month on producing The Joe Rogan Experience. That equates to about $6 million over three years.

If you subtract those costs, there's $194 million left for Joe to take home.

Of the top-ten largest contracts in sports history, five come from the NBA:

Two of the 10 largest contracts in sports come from the racing world:

From the NFL world:

Joe Rogan currently makes more money per year than all of them.

There are only two athletes who have signed contracts worth more per year. One is Canelo Álvarez, who inked a five-year deal with DAZN in 2018 worth $73 million annually. The other is Lionel Messi who signed an insane four-year, $674 million deal with FC Barcelona from 2018 to 2021. Messi was making a shade under $168.5 million per year with that deal.

Rogan wants to ensure he takes home even more money, so he moved from California to Austin, Texas in September 2020. People in his tax bracket would pay around 13.3% state income tax in California. In Texas? The state income tax is zero. By moving to Texas Joe Rogan will save $26 million on taxes across the lifetime of his deal. That's an extra $620,000 every single month.

Perhaps it's a good thing Joe Rogan isn't actually a professional athlete. Whichever team signed him would have very little money left for other players!