If His Owner Has His Way, Andrew Luck Is Going To Get A Serious Payday

This year was a disappointment for the Indianapolis Colts, and in particular, Andrew Luck. After leading the team one round further in the playoffs, each of his first three years in the league, culminating in an AFC Championship appearance in 2014 (yes, that's the game that made Deflategate a thing… sigh), Luck battled through injuries this year, missing nine games and looking subpar when he did play.

That's not stopping the Colts from backing him as their franchise quarterback, though. Colts owner Jim Irsay told WISH-TV that the team wants Luck back. As for the contract itself?

Nowadays, nine-figure contracts aren't excessively rare. Quarterbacks on the same level as Luck – and sometimes even less talented than he is – have gotten big paydays like that. Drew Brees, Cam Newton, Aaron Rodgers, and even more questionable options like Jay Cutler, Colin Kaepernick and Joe Flacco, have all signed deals that large. 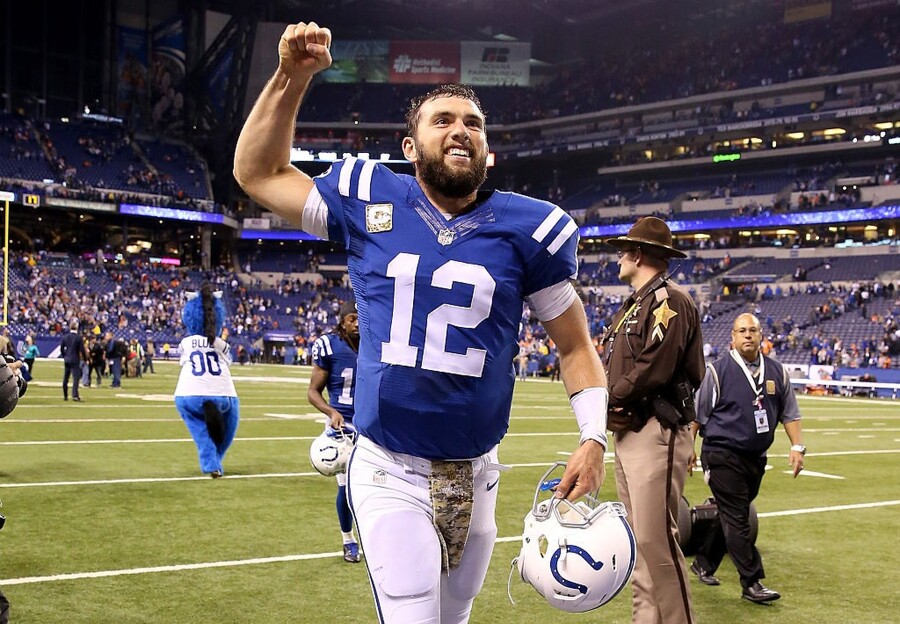 In fact, the "shocking" part of Luck's deal might be how much of his contract is guaranteed. Eli Manning and Philip Rivers both signed roughly $84 million deals with $65 million guaranteed. Percentage-wise, that's about 78.1% fully guaranteed. Nobody else has topped that–Russell Wilson's guaranteed money is only about 70%, and even other guys with huge contracts, like Newton, Kaepernick and Ndamukong Suh, aren't even guaranteed 60% of their salaries.

That's why Luck's could be historic. If his contract is in the nine-figure range and he's making at least $20 million per year, he could end up with more guaranteed money than any player in history.

Of course, the Colts could go the same route as the Seahawks did with Wilson: frontload the contract, so Luck makes a lot of money in signing bonuses, but then include several team options with the deal. This essentially makes Wilson's contract a year-to-year deal, and it's something the Colts should consider. After all, Luck has had a few injuries in his career, and he's coming off his worst season yet.

If the Colts can save a little money on Luck's deal, it's a wise investment. But even if not, it seems like there's very little stopping the quarterback from getting a massive, and possibly record-breaking, deal.