If Ben Simmons Doesn't Play For The Sixers, What Happens To The $110 Million Remaining On His Contract?

During the final minutes of a close Game 7 of the NBA Eastern Conference Semifinals, Ben Simmons caught a pass underneath the basket of the Atlanta Hawks, with a wide-open dunk available to him. Basketball fans know what came next: Simmons opted not to go for the slam, instead passing out to a teammate. The 76ers only scored one point on the possession and went on to lose the game and the series.

Immediately in the post-game press conference, Simmons was ripped by his teammates and coaching staff. When asked if Simmons could be the point guard for a championship team, Sixers coach Doc Rivers said, "I don't know the answer to that." And Simmons's teammate Joel Embiid implied Simmons' decision was the turning point of the team's loss.

Naturally, these comments didn't sit well with Simmons. Throughout the summer, rumblings of discontent from his camp spilled over into the media. That's continued into the season, too. Simmons has requested a trade, isn't playing in games, and was kicked out of practice after refusing to cooperate during a team drill. 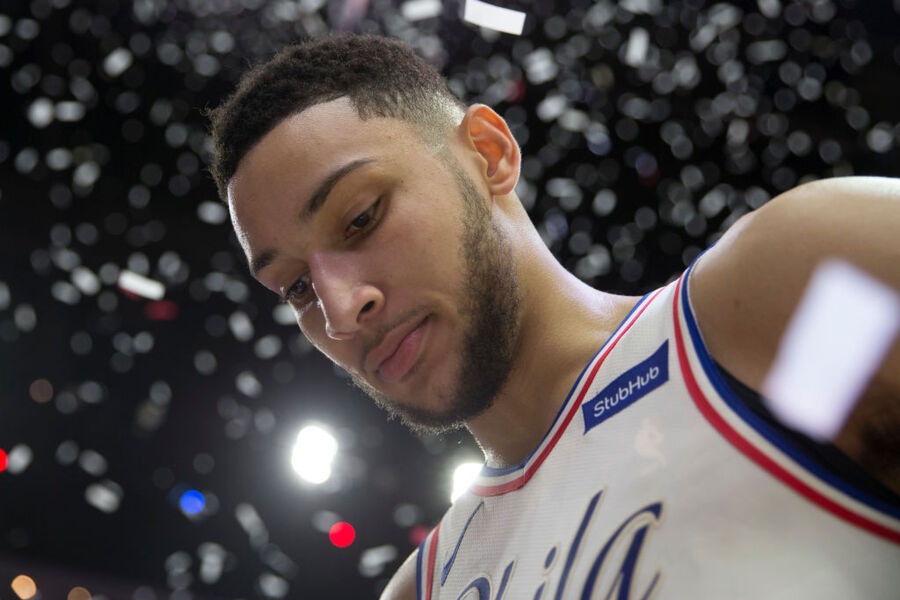 What Happens To His Contract?

Complicating the entire situation is the fact Simmons signed a five-year, $170 million contract in 2019. That means he's still owed more than $110 million on his deal, including just over $33 million this year.

Thanks to the NBA's collective bargaining agreement, players get fined for unexcused absences, and the fines grow the more time is missed. The first unexcused missed practice is $2,500; the second is $5,000; the third is $7,500; fines for additional practices after that can increase even further. If Simmons missed training, like the team's media, business-of-basketball, and anti-gambling training sessions, he'll forfeit $20,000 for each one he missed.

Adding another twist to things: Simmons recently told the team he's not mentally prepared to play basketball right now. Simmons does have a "mental disability" clause in his contract, so it's possible he could recoup some or all of the money he's lost due to fines.

Will the Sixers try to prove Simmons actually was mentally ready? Is that even possible? Mental health has become a bigger priority in the league over the past few seasons, with several notable players raising awareness around mental wellness, including DeMar DeRozan, Kevin Love, and Paul George. If the Sixers try and fight that battle, they'd likely lose it.

The Sixers may still look to trade Simmons to recoup some value for him. Even if he stays on the team, as long as he doesn't openly state he's 100% and only sitting out because he doesn't want to play, he's probably going to earn the money from his contract.

However it turns out, you can bet this situation will be a major talking point the next time players and owners are at the bargaining table.