Believe in yourself. It is something that our parents – along with every teacher, scoutmaster, coach, adviser, and therapist – have been telling us to do since we were little. The idea is to encourage us to never quit, and to have faith in our abilities. Most of the time, it is pretty sound advice, but it sure wasn't for the newest outfielder for the Texas Rangers, Ian Desmond.

After the 2013 season, the Washington Nationals liked what they saw in Desmond enough to offer him a seven-year, $107 million deal, and he turned it down. Crazy, right? Not exactly.

The previous two seasons were the best of his career. He won the Silver Slugger Award as the best offensive short stop in the National League in both years (2012 and 2013), and he was named to his first All-Star game in 2012. Short stops typically are not power hitters or offensive machines, but they are guys who can use their agility and dexterity to make big plays on defense. So as the only shortstop in baseball to hit 20+ home runs and steal 20+ bases in 2013 (one of two to do it in 2012) it is not hard to see why he was willing to bet on himself.

So he came to a two-year, $17.5 million deal to complete his arbitration years, allowing him to become a free agent after the 2015 season. There was just one little problem: in order to cash in, he had to keep playing at a high level, and he didn't. 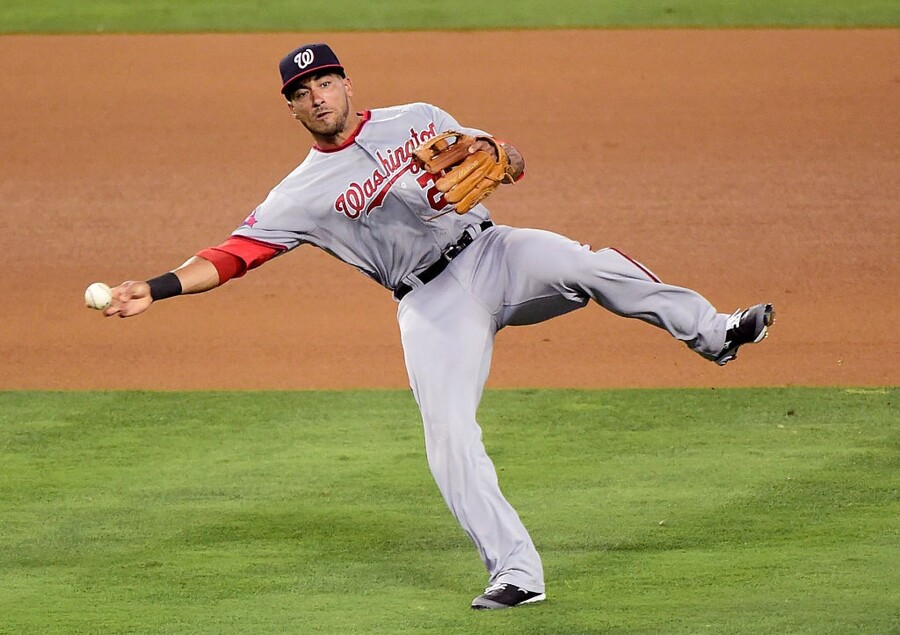 His overall batting and fielding numbers took a dip from the 2013 to 2014 season (won Silver Slugger in 2014). What probably kept anyone from offering him another mega-deal once he became a free agent, was that his numbers dipped even further in 2015. Even though his numbers took a dip for the third year in a row, the Nationals were willing to tender him an offer (for $15.7 million) and keep him around.

He thought he could do better so he opted to give free agency a try, but a guy that hits .233, strikes out 187 times, and has been in decline for three seasons is not going to be in high demand.

The Texas Rangers saw potential, but not at short stop. Someone from the team reached out to Desmond's agent at the beginning of the off-season and told him that if the market bottomed out for his client, he was willing to switch positions, and willing to sign a one-year deal they would be interested. Sure enough, there wasn't much demand so he ended up calling the Rangers back and signing a one-year deal for just $8 million.

The Rangers were not worried about signing him because his career batting average of .264 ranks pretty well among active left fielders. The Nationals must have thought he could rebound since they were willing to offer him $15.7 million, but can he get another $100 million deal?

At 30, he is not considered too old for professional baseball, but if he is going to get another big money deal, he can't afford to have his numbers slip again. Should he return to his 20+ home run, 20+ stolen bases form, there is a chance he could get offered a sizable deal next off-season by a team that believes the guy who won three consecutive Silver Sluggers is back. If he decides to roll the dice again, and he has another solid season in 2017, it would be surprising if he isn't offered at least one mega-deal.

However, should he slip again, he may very well never see the long-term, big money deal every player covets.