By Daniel Lipson on September 3, 2017 in Articles › Sports News

In a follow-up to an earlier statement released by the Houston Rockets, owner Leslie Alexander has pledged to donate $10 million to Mayor Sylvester Turner's Hurricane Harvey Relief Fund to help it rebound from the devastating effects of the storm. The Rockets did not publically announce the donation, which was instead reported via Twitter.

Houston Rockets player Clint Capella, who lives in a condo in downtown Houston, has been reaching out to people on social media to help connect them with emergency assistance using his social media influence. Gerald Green, a Houston native who played with the Boston Celtics, posted a video offering to assist boat owners in rescuing trapped victims. 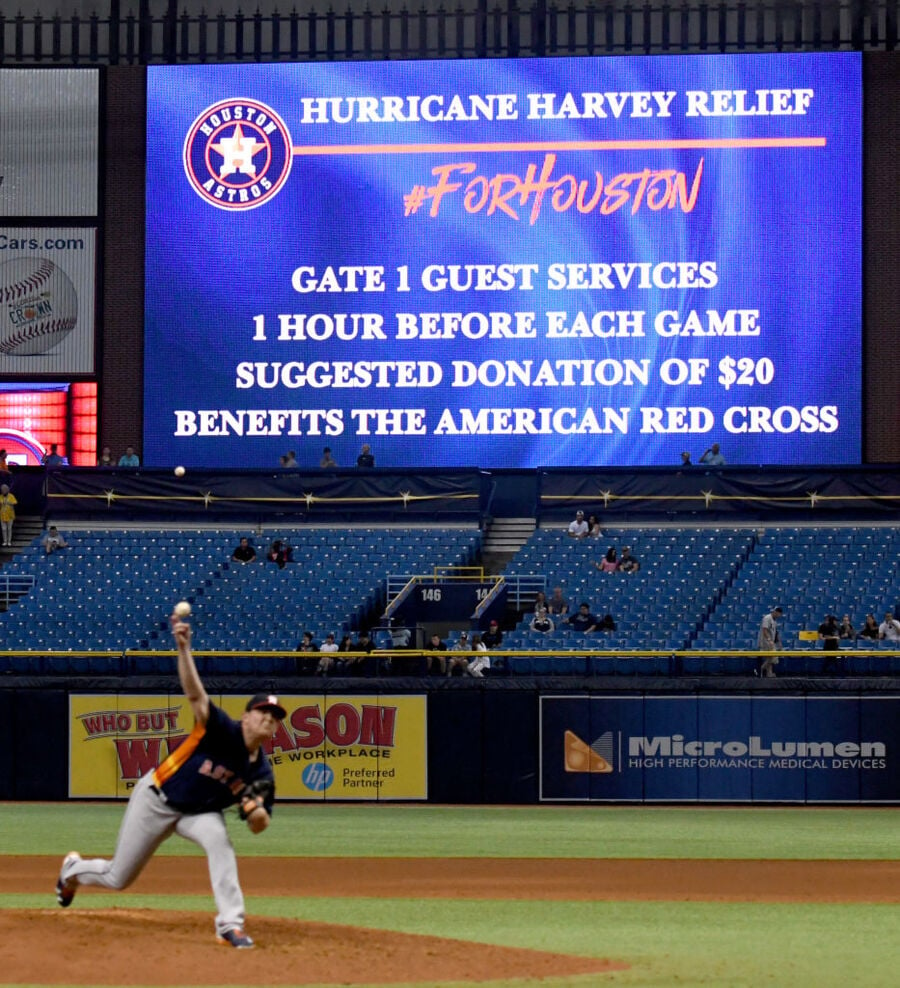 The rest of the NBA and the NFL have followed suit. In a public statement, the NBA and NBPA pledged to donate $1 million to organizations that include the Hurricane Harvey Relief Fund, American Red Cross, and other nonprofit groups working in the greater Houston area. At least three NFL team owners have each pledged $1 million, along with a list of actors and comedians that include Sandra Bullock and Leonardo diCaprio. Houston Texans defensive end J.J Watt has opened a crowdfunding page where anyone can donate to aid in the disaster relief. So far, the page has raised more than $7.6 million in donations.

The Houston Astros were asked by the mayor to return to the city, where they will be reunited with their families after having three games relocated to Florida this week because of the storm. They will play two home games against the Mets over the weekend in an effort to boost people's spirits and bring back a sense of hope to the community. The team will provide 5,000 free tickets to first responders, volunteers, and evacuees.

Historic floods continue to impact the people and the city after Hurricane Harvey made landfall on Friday. Water levels are expected to continue to rise in the upcoming days. Donations can be made to J.J. Watt's crowdfunding page, the American Red Cross, or the Hurricane Harvey Relief Fund, among others.