How The Charlotte Hornets Turned Michael Jordan Into A Billionaire

Michael Jordan's net worth sit just under two billion dollars. And while he is arguably the greatest basketball player of all time, only a tiny fraction of his billion dollar net worth actually came from his salaries while playing with the Bulls and later the Wizards. In fact, Jordan "only" made a total of $93 million during his NBA playing days.

Of course, when you're considered the greatest player to ever play the game by most basketball purists, you can earn money in other ways. For Jordan, his two biggest consistent sources of income are his Nike/Jordan Brand endorsement deals (worth about $60 million annually), and his stake in the Charlotte Hornets. In fact, it was the Hornets–back then the Bobcats–that officially made him a billionaire.

Back in 2006, Robert L. Johnson, founder of BET, was the majority owner of the Charlotte Bobcats. He brought Jordan on as a Managing Member of Basketball Operations. As a result, Jordan became the largest individual owner of the Bobcats after Johnson. 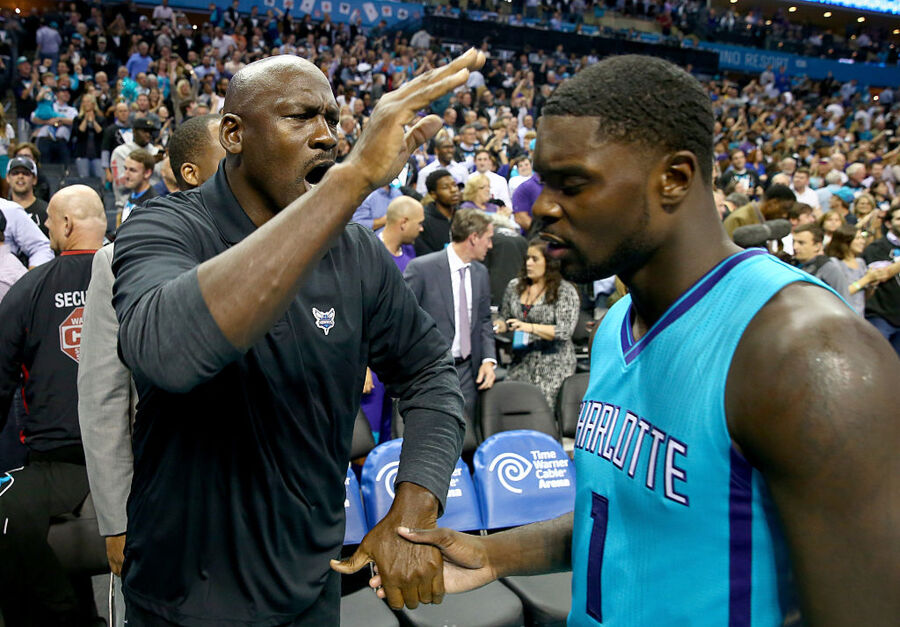 This was actually Jordan's second attempt to buy a team in Charlotte. A decade earlier, he had tried to purchase the original Charlotte Hornets team (now the New Orleans Pelicans), but that deal collapsed when owner George Shinn refused to give Jordan full control of basketball operations.

Jordan has had a hand in some of the Hornets draft picks, and the results haven't been pretty. His most famous whiff was probably on Adam Morrison in 2006, when the franchise took the Gonzaga star with the third pick of the draft. That was ahead of far superior players, like Rajon Rondo, Rudy Gay, Kyle Lowry, Brandon Roy and Paul Millsap.

Fortunately, bad draft picks typically don't stop a franchise from rising in value. In 2010 Michael purchased Bob Johnson's 80% equity in the team for $180 million in cash. FYI, Bob bought the franchise from the NBA back in 2004 for $300 million.

With the purchase Michael became the first ex-player to serve as majority owner of an NBA team.

Now, remember how we said bad draft picks don't typically decrease a franchise's value? That's usually the case, though it doesn't always mean the team is in solid financial straits. Johnson lost tens of millions of dollars annually running the team, and Jordan actually took on roughly $150 million in debt when he purchased bought out his predecessor.

Over the past couple of years, Jordan has assumed even more control of the team primarily through cash calls on his minority partners who were not willing or able to cover the team's continuing debts.

Now, if only he could get the team to win a playoff game, he'd really be in business.