How Peyton Manning Helped Tiger Woods Reclaim His No. 1 Ranking

Tiger Woods and Peyton Manning found themselves paired together during the pro-am round of the Jack Nicklaus Memorial Tournament. The pairing makes sense – after all, these were two guys who used to dominate their respective sports. And this isn't the first time they've hit the links together, either. In fact, after Woods lost his No. 1 ranking, Manning's trash talk was so biting that Woods used it as fuel to reclaim the top spot. 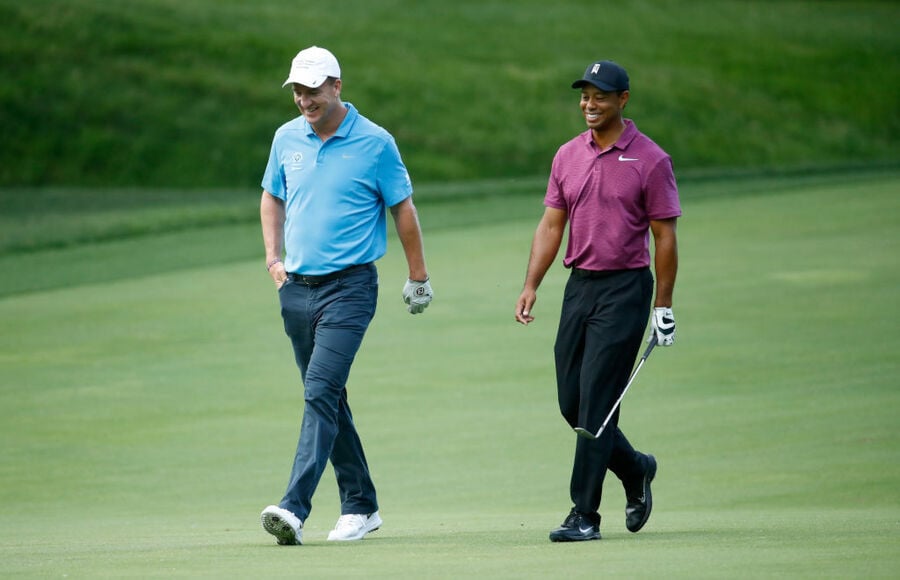 "Tiger, it's really similar," Manning told Woods. "The hardest thing for me right now is that 'McIlroy' is on one and 'Tiger' is on two."

Woods entered the 2013 season behind – you guessed it – Rory McIlroy.

According to Manning, Woods was upset by the trash talking. Tiger then won two events that same month and took back his spot atop the rankings.

After reclaiming the No. 1 ranking, Manning said Woods called him to make sure he switched the audibles back.

Woods has been struggling in recent years, currently sitting 80th in the Official World Golf Rankings. Maybe he just needs to play a few more rounds with Manning to help get his mojo back.