How Much Will Tom Brady Earn If The Tampa Bay Buccaneers Win The Super Bowl?

New team, same result. In his first season with the Tampa Bay Buccaneers, Tom Brady finds himself back in the Super Bowl. The three-time MVP will be going for his seventh title in 10 seasons. And should he succeed, there's a lucrative payday waiting for him.

Brady can earn $500,000 in incentives if the Bucs defeat the Kansas City Chiefs in the Super Bowl. Even if he falls short, he's still had a financial windfall in the playoffs.

The 43-year-old Brady has already collected $1.75 million this postseason, per ESPN's Adam Schefter. Brady made $500,000 for reaching the playoffs, $250,000 for the Bucs' wild-card win over the Washington Football Team, $500,000 for the divisional playoff win against the New Orleans Saints, and another $500,000 for leading the Bucs to victory over the Green Bay Packers. 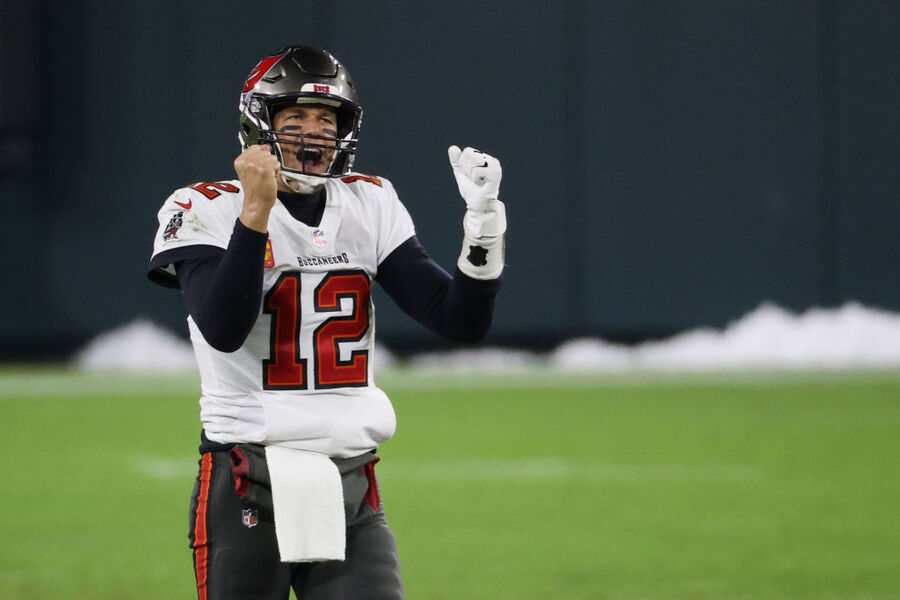 In total, he'll make $2.25 million if Tampa Bay can cap off its postseason run with a victory.

Brady threw for 4,633 yards and 40 touchdowns this year. He signed a two-year, $50 million deal with the Bucs last summer, with $9 million coming in incentives. He'll be 44 when that contract ends, which has led to speculation about him possibly retiring. However, Brady calls the fact that he's still playing after 21 years in the league "a blessing" and has hinted he doesn't plan to hang up his cleats anytime soon.

Brady has made more than $200 million in career earnings, plus a healthy chunk of change from various endorsements and sponsorships.

Even if incentives aren't baked into their contracts, players earn money with postseason success. Players on the Bucs and Chiefs each took home $59,000 for winning their conference championship games. The winning side of the Super Bowl will each pocket $130,000, while the losers will make $65,000 apiece.

Winning another Super Bowl ring will be Brady's top priority on Sunday. But the possibility to add some more money to the bank is a nice perk, too.