How Much Of His $16 Million Contract Will Henry Ruggs Keep?

Two years ago, the Las Vegas Raiders selected Henry Ruggs III out of Alabama with the 12th pick of the 2020 NFL Draft. Ruggs put together an inconsistent but promising first season, and through seven weeks this year, he was the team's leading receiver, finding some solid chemistry with quarterback Derek Carr.

Everything changed on November 2. The Raiders released Ruggs hours after he crashed his car into another vehicle, killing 23-year-old Tina Tintor and her dog.

Ruggs was driving 156 miles per hour in his Corvette in a residential strip in Las Vegas and was going 120 miles per hour when he hit Tintor's Toyota RAV4. His blood alcohol content (BAC) was 0.161, more than twice the legal limit. First respondents say Tintor and her dog were still alive after the impact but died in the resulting fire. 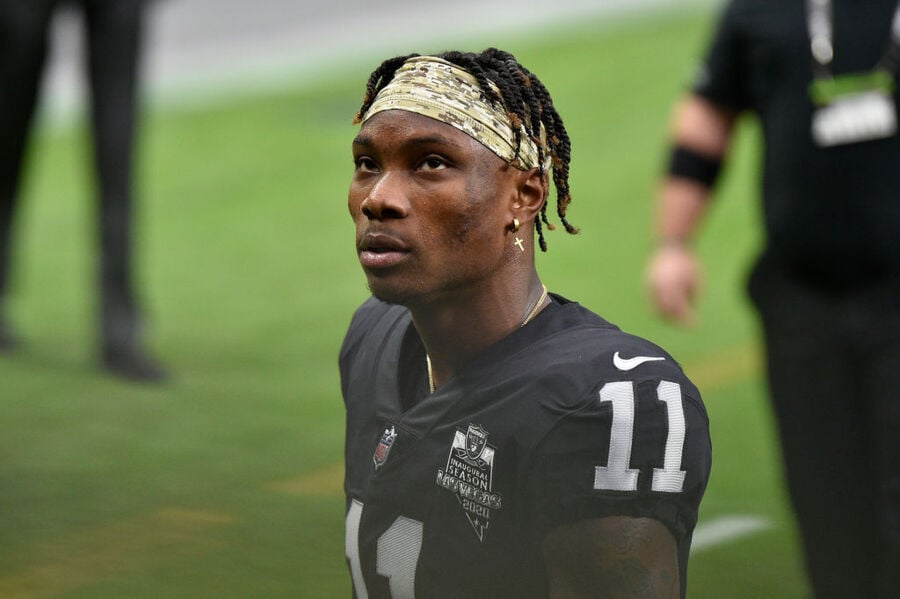 Both Ruggs and his girlfriend, Kiara Kilgo-Washington, were seen drinking at a Top Golf earlier in the evening. They were treated for non-life-threatening injuries at a nearby hospital.

Ruggs has been charged with driving under the influence resulting in death and reckless driving. He faces a minimum sentence of two years in prison, which could extend to more than 50 years if he's found guilty of felony charges.

The Raiders will almost certainly look to void the remainder of Ruggs's contract. The receiver had signed a four-year, $16.67 million deal that was fully guaranteed. However, the team can void both the remainder of the deal and a portion of the signing bonus due to his conduct.

If the Raiders do void the contract, they'll recoup $5.76 million of future salary guarantees, per Spotrac. They'll also likely try and recover some or all of his $6.18 million signing bonus. All together, Ruggs will only receive about $4.73 million from his contract, missing out on close to 72% of the total.

Ruggs is currently on house arrest under strict supervision while the case continues in court. His Raiders career is over, and his NFL career very well may be, too. Now, he awaits sentencing.