How Much More Money Will John Beilein Make With The Cleveland Cavaliers Than He Would Have At Michigan?

The NBA world has been topsy turvy lately. The New Orleans Pelicans won a wild draft lottery, jumping all the way to the top pick on just a six percent chance. Rumors abound on what the Pelicans will do with the pick – and where they might trade their disgruntled star Anthony Davis. But just before the chaos of all that, the Cleveland Cavaliers signed John Beilein to a contract.

Beilein, 66, has spent the last dozen years at the University of Michigan. He won the Big Ten twice and made the Final Four twice (most recently in 2018), and had one of the most comfortable jobs in college sports.

But at 66 years old, Beilein's time to enter the ranks of the NBA were slipping away. He saw an opportunity with the Cavs and he took it.

Part of the reason for Beilein's departure was his growing despair with the way the NCAA operates. Beilein has long advocated against the one-and-done rule in college, believing players should develop and learn at the collegiate level for multiple years. Nearly all of his Michigan players spent at least two seasons at the university.

Another compelling reason to head to the NBA? Money. Beilein signed a five-year extension with Michigan last summer that reportedly would have paid him $3.8 million annually through the 2022-23 season. 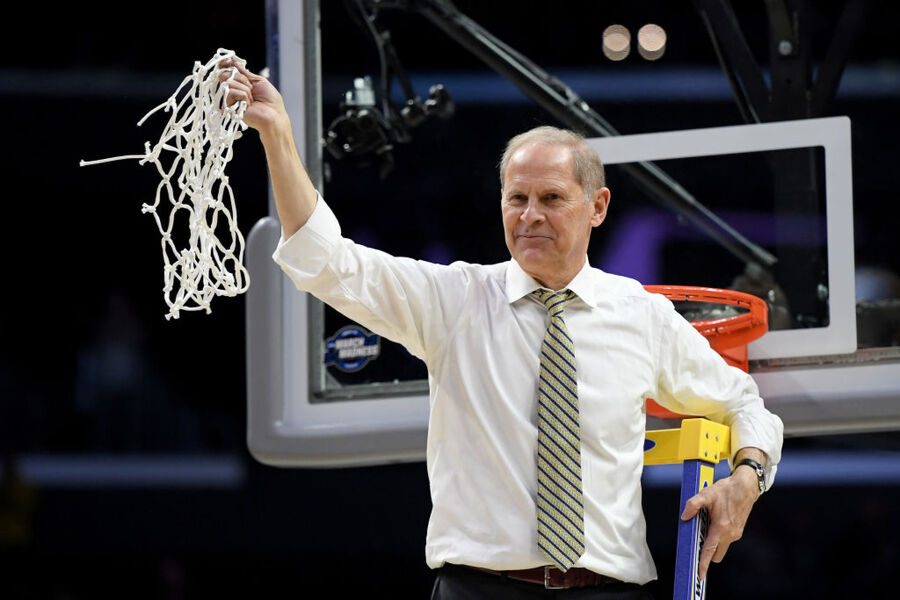 That's a total of $15.2 million over four years – by no means a paltry amount, but not on par with his potential NBA earnings. Though details of Beilein's Cavaliers contract haven't been released, we can guess how much he'll make using available coaching salaries.

San Antonio's Gregg Popovich is the highest-paid coach in the league, with a five-year, $55 million deal. Golden State's Steve Kerr and the Clippers' Doc Rivers both reportedly make about $10 million a year, with Tom Thibodeau ($8 million) and Scott Brooks ($7 million) not far behind. Even recently fired coaches, like Luke Walton and Fred Hoiberg, were making $5 million per year.

This is Beilein's first foray into the pros, but he's no stranger to success at the collegiate level. That's likely good enough for a salary in the $6 to $8 million range. Even on the low end of things, Beilein will be making about $15 million more with this contract than he would have earned on the rest of his Michigan deal. At the high end of the range, Beilein would take home $25 million more.

That's assuming he can help turn the Cavs around. At 19-63, Cleveland had one of the worst records in the league last season. They dropped to the number five pick in the NBA Draft, which should get them a good, if not great player (albeit probably not the franchise-changing talent of Zion Williamson or Ja Morant).

The Cavs will also have financial flexibility. Beilein will likely have some input on the construction of the roster. If he can bring the post-LeBron Cavs back to contention, he'll be worth every penny. If not, he may not see the end of this contract.

In any case, Beilein will have the opportunity to coach at the NBA level  and that's a special thing that few coaches get to do.