How Much Money Would Giannis Antetokounmpo Give Up By Leaving The Bucks?

These less than stellar results have led to rumors around the Bucks losing their star player, Giannis Antetokounmpo. The Raptors and Heat have both been named as potential destinations for the Greek Freak. Other teams like the Golden State Warriors and Los Angeles Lakers are also in the mix.

So far, Antetokounmpo has said all the right things about staying in Milwaukee. The Bucks hope he'll stay true to his word, but they also have one other advantage: money.

Antetokounmpo won't hit free agency until next offseason. However, the Bucks can offer him a supermax extension during this year's free agency period. That deal would be worth up to an NBA-record $254 million over five seasons. 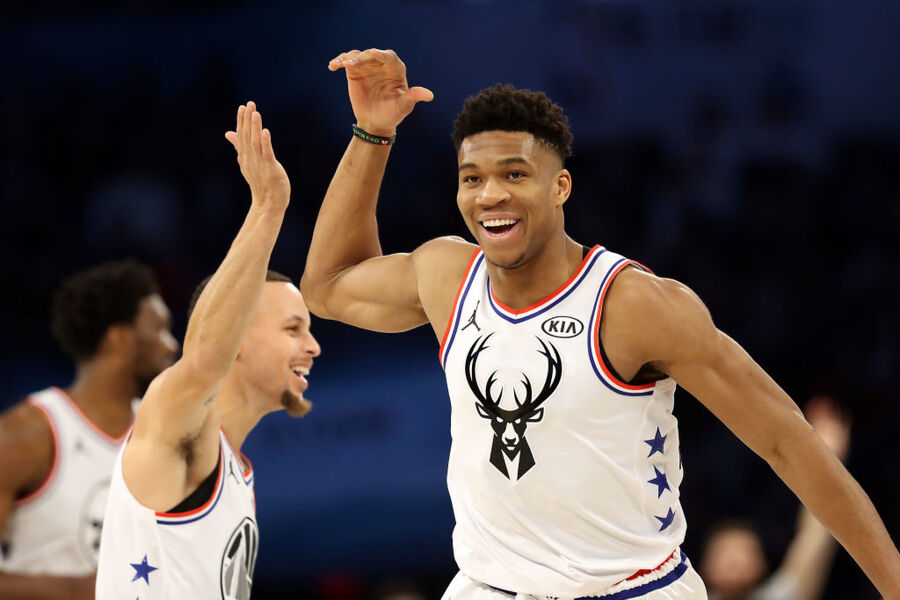 If Antetokounmpo were to sign anywhere else, the biggest deal he could get would be four years and a little over $166 million.

These deals are if current salary cap projections hold up. As we're in the midst of a pandemic, anything is possible. But the cap for next season was expected to be $116 million, and even after a four-month delay and shortened season with no fans, next year's cap has been adjusted to $115 million. For the purposes of Antetokounmpo's contract, we can assume future years will remain similarly stable. That means the Bucks could offer somewhere around $88 million more than any other team, with an extra year of security included.

It's crazy to think just five years ago Mike Conley's five-year, $153 million was the largest ever signed. Today, Conley has the 18th-highest contract in the league. Antetokounmpo will be just 26 next summer, so he can still earn at least two huge contracts if he maintains an elite level of play. The Bucks will throw the supermax at him as soon as they're able to, but he'll have plenty of time to think it over.

If he doesn't think he can win a title with the Bucks, he likely won't stick around. He'd be giving up a ton of money to do so, but it would be a small price to pay for a championship ring.