How Much Money Will NBA Players Miss Out On If The Season Gets Canceled?

The COVID-19 pandemic has, for the most part, put sports on indefinite hold. The NCAA Tournament was canceled entirely, the MLB season was pushed back, and the NHL and NBA seasons are on hiatus. If this were a normal year, the playoffs for both leagues would be right around the corner. Instead, the leagues are in a wait and see mode as more information becomes available.

The NBA hasn't yet canceled its season, and there's really no reason to do so immediately. There are various options to provide some kind of conclusion to the 2019-20 campaign, whether it's skipping the remaining regular-season games, holding a shortened playoffs, or both.

However, if things get to a certain point and play hasn't resumed, the NBA may still have to cancel the rest of the season. What would that mean for the players?

Per Marc Stein, fewer than 20 players across the league have negotiated "all-you-can-get" deals. That means they'll receive at least 90 percent of their season salaries by April 1. For this small subset of players, they receive the maximum allowable salary advance and are paid over six months – an accelerated schedule compared to the rest of the league. 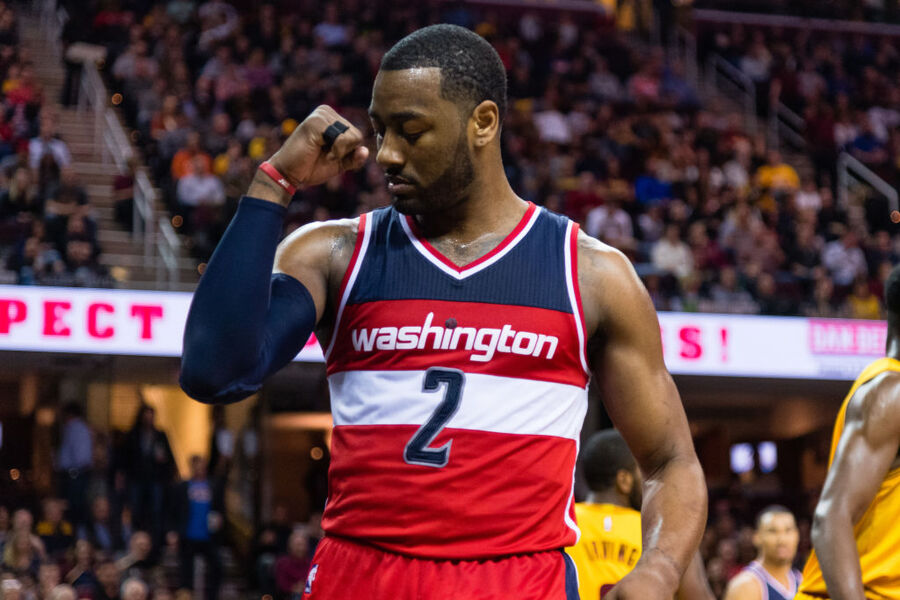 Everyone else – about 90 percent of the NBA – is on a 12-month payment plan. They received a check on April 1, but the NBA hasn't guaranteed any additional payments. Since this is an emergency situation, the league could invoke a "force majeure" clause.

If that clause does kick in due to a canceled season, most of the league will have only received 10 of their 24 paychecks for the year.

That's a sizable chunk of change for anyone, but it's especially impactful for some of the league's fringe roster players. If they planned to use their salary to help support their family or get settled in a new house, that money will have to stretch a lot further.

Then you look at someone like Wall, who was slated to make just about $38.2 million this year. He's one of the "all-you-can-get" players, so he'll earn nearly all of that – at worst, he'll make about $34.5 million.

Wall ruptured his Achilles while rehabbing a heel injury and last played on December 26, 2018. It could be more than two years before he sees the court. But thanks to a shrewd contract negotiation, he'll still get most of his money.

The majority of the league can't say the same. So, just like the rest of us, they'll wait and see what happens.