How Much Money Did Manti Te'o Lose Because Of The Cat-Fishing Scandal?

Last week, a new documentary debuted on Netflix that details the Manti Te'o cat-fishing scandal. If you haven't watched it yet, put it on your list. It's two riveting episodes. The official title is: "Untold: The Girlfriend Who Didn't Exist."

I'm not a big football fan and pay zero attention to college sports. So, going into the first episode I had only a vague recollection of what happened to Manti Te'o. If you had asked me when it all went down, I would have guessed 2004… 2005? The correct answer was between 2012 and 2013. I also only vaguely remembered the story. Something involving a fake girlfriend… and the media theory that Manti maybe orchestrated the situation to cover for being secretly gay?

Upon completing the documentary I have two important takeaways:

1) The world owes Manti Te'o an apology. He was a victim of a traumatic hoax. He absolutely did not deserve to be turned into a walking punch-line propagated by a ravenous media scrum that was salivating at all the ratings, magazines and pageviews this scandal was churning.

2) Manti Te'o is an exceptionally awesome human being. He makes me want to be a better, stronger, more forgiving and more positive person. You'll know what I mean when you get to the final scene of the final episode. Gut wrenching. 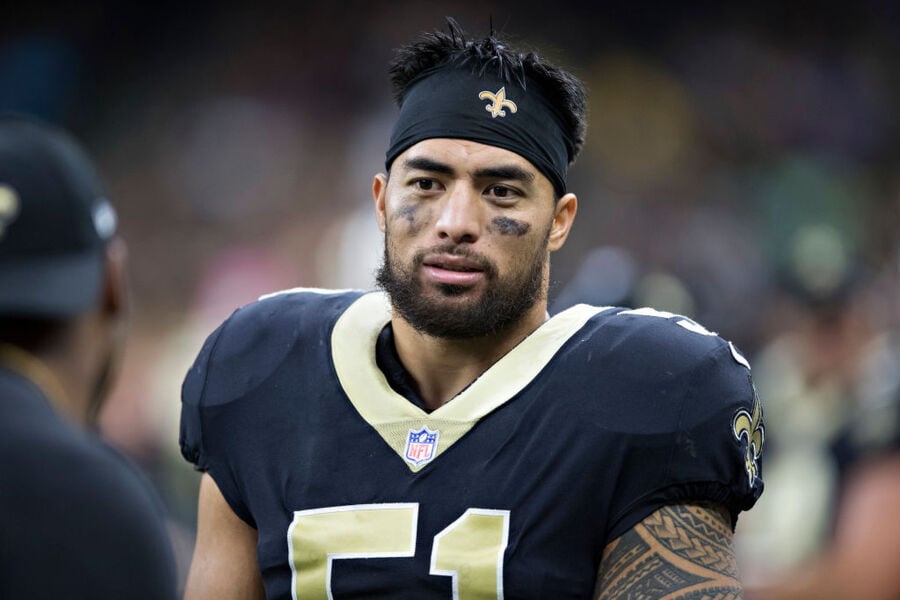 Spoiler alert (but also, it's been a decade):

In the second episode, it's conjectured that the controversy and confusion of the cat-fishing situation cost Manti Te'o a first round draft pick. Instead he was drafted in the second round of the 2013 NFL draft.

As a superstar Heisman finalist coming off a national championship season, Manti was expected to be drafted in the middle of the first round, roughly the 15th pick. Instead, he was the sixth pick of the second round, the 38th overall selection.

As if being made a public punch-line wasn't punishment enough, according to the documentary this drop from the first to second round cost Manti "millions of dollars."

This piqued my curiosity so I dug into the 2013 draft to see exactly how much dropping from the middle of the first round to the top of the second round potentially cost Manti. Here's what I learned:

If we assume Manti should have been the 15th pick, one could argue right there that the scandal cost him around…

Even if Manti had just been drafted later in the first round, it still cost him over a million dollars. For example:

Manti Te'o played in the NFL from 2013 through 2020 (in his final season he was on the practice squad of the Chicago Bears earning a salary of $130k). As you'll learn from the documentary, the trauma of the scandal stayed with him throughout his NFL career. He never really got his confidence back and therefore his performance on the field suffered.

Manti Te'o earned a total of $10.4 million in salary during his NFL career.

Coincidentally, Kenny Vaccaro, the 15th pick, ALSO played in the NFL from 2013 to 2020. I know this isn't a perfectly fair comparison for a number of reasons, but for the record, Kenny Vaccaro earned a total of $28.5 million in salary during his NFL career.

That's $18 million more than Manti earned in the same amount of time. Even if half that could have been earned by Manti with a slightly different roll of the career dice, it's painful to think about.

On the upside, this documentary has basically canonized Manti. He comes across so so so well. You walk way with an enormous respect and admiration for him.

I really hope Manti is receiving some of the positive feedback about him that I see on Twitter right now as people finish the documentary. I hope he gets some closure and maybe even gets some big new endorsement or business opportunity as a result. He deserves it. In the meantime, Manti should definitely release a book on whatever he has been eating and doing in the last few years. Has anyone in history ever physically aged as well as Manti?