How Much Do The Highest-Paid ESPN Stars Make?

ESPN personality Stephen A. Smith is negotiating a new contract to become the highest-paid star at the network. Smith is set to make anywhere from $8 to $10 million per year, with the new contract kicking off in 2021.

Smith was candid in his response to people criticizing the deal, saying, "Everybody at ESPN or in the world of sports media does not deserve to be paid what I get paid. I don't believe it. I just don't, and I'll never apologize for it."

Smith isn't the only big name at ESPN making big dollars. Though it's unknown how much all on-air talent is making, a few notable stars have had their salaries reported over the past few years. Here's a look at how much five top ESPN personalities make annually. 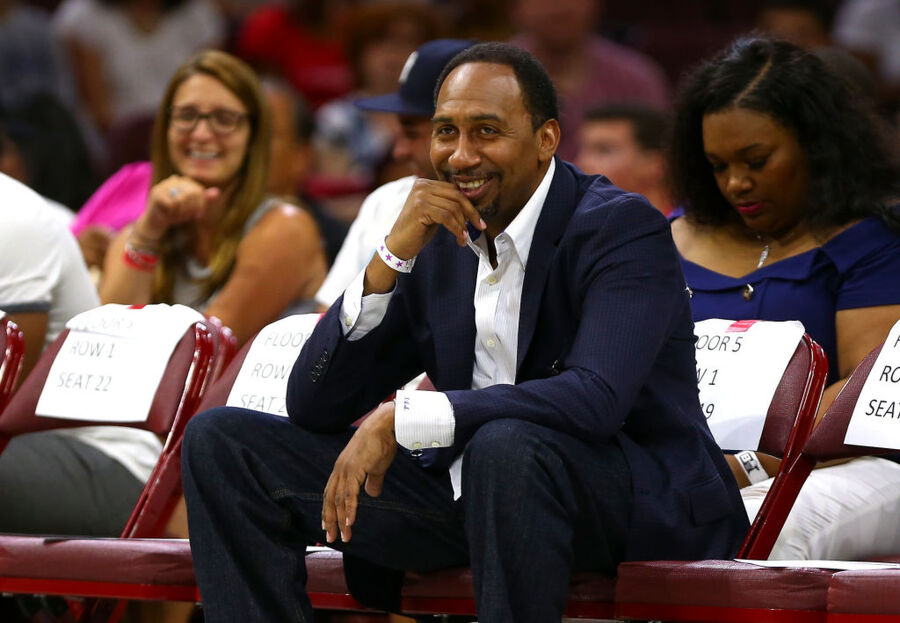 Prior to Smith's deal, Greenberg was the highest-paid person at ESPN. He had previously hosted Mike & Mike from 2000 to 2017, then left to host the morning show Get Up! Greenberg has spent nearly a quarter of a century at ESPN in a variety of avenues, including television, radio, and podcasts. He was also one of the first hosts of ESPNEWS when that network started.

Wilbon has co-hosted Pardon the Interruption alongside Tony Kornheiser for nearly two decades – the show will celebrate its 20th year in 2020. Wilbon has also contributed to other network shows like NBA Countdown and The Sports Reporters. He wrote his last column for the Washington Post in 2010 and has spent the last nine years focused exclusively on ESPN and ABC.

It's only fitting that both PTI hosts make the same amount of money. Kornheiser has also made appearances on other ESPN shows, most notably one ill-fated season on Monday Night Football. Since 2016, he's hosted The Tony Kornheiser Show as a podcast. He's also (as far as we know) the only ESPN personality to have a show based on his life – CBS's Listen Up!

Beadle might be the most controversial entry on this list, specifically because of the timing of her deal. The Get Up! host received a huge raise when the show began, along with co-hosts Greenberg and Jalen Rose. The only problem? ESPN had just laid off more than 250 employees, raising questions about why Beadle (and to a lesser extent, Greenberg and Rose) were making so much money. Beadle began at ESPN in 2009, then spent less than two years at NBC before returning to ESPN in 2014.

Van Pelt joined ESPN in 2001 and has been hosting the midnight edition of SportsCenter for nearly four years. The anchor is one of the most recognizable faces at the network; he previously hosted a radio show with Ryen Russillo and is a top correspondent for golf topics.