How Much Did Coach K Make Coaching At Duke?

On March 18, 1980, Mike Krzyzewski took over the head coaching job at Duke. He may not have realized what was about to unfold, but he started a legacy that's lasted 42 years. Counting this season, his Blue Devils teams have won nearly 79% of their games, made 36 NCAA Tournaments, finished first in the ACC 13 times, made 12 Final Fours, and won five national championships. And just for good measure, Coach K has also won five Olympic gold medals.

Tonight, Coach K will coach his final home game for the Duke Blue Devils. The team is a lock for the NCAA Tournament and still has the ACC Tournament to play, so it's not quite yet Coach K's final game ever. But that hasn't stopped the Cameron Crazies from…well, going crazy for the farewell at Cameron Indoor Stadium. Ticket prices for the game are ranging from $4,313 to $27,000 per ticket.

During a recent appearance on ESPN's Pardon the Interruption, Coach K mentioned that he's still going to be an ambassador with the Blue Devils, although he won't be paid nearly as well as he was when coaching.

So, that begs the question: Just how much has Coach K made during his Duke career? 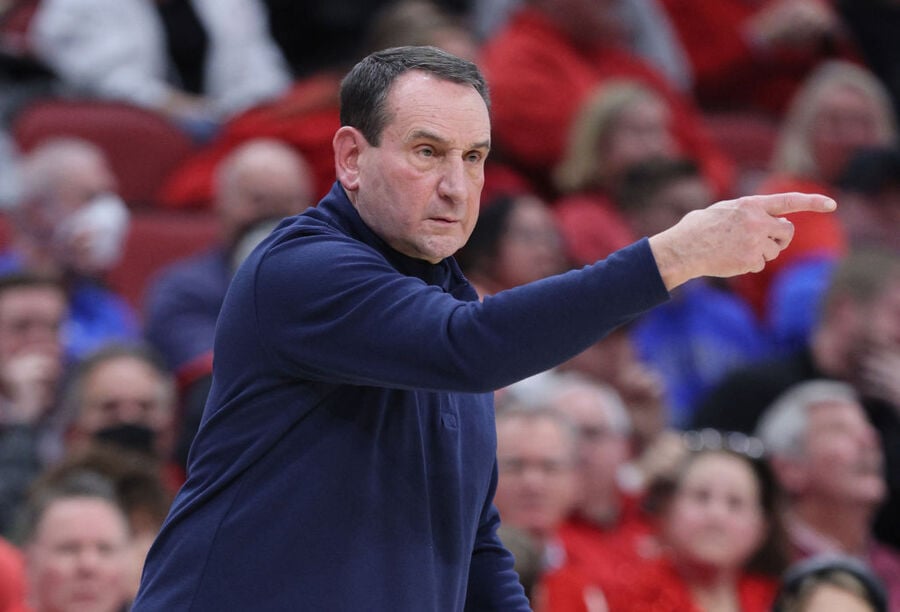 Salary numbers from the 1980s and 1990s are harder to find (and some schools simply didn't make that information public), but Coach K reportedly was hired for $48,000 in 1980. By the early 1990s, he was also making $200,000 in shoe endorsements. And top coaches of the time—including Krzyzewski's former coach and mentor Bob Knight—were earning between $500,000 and $750,000 every year, which included salaries, bonuses, and endorsement deals.

By 2012, Krzyzewski was bringing in $7.6 million in base salary alone. Throughout most of the 2010s, he was topping $9 million every single year.

Add everything together and Coach K has likely made around $125 million throughout his Duke career. And that's probably even underestimating endorsement deals and bonuses he's likely received from the university and other companies.

Because of his success at the collegiate level, many NBA teams have come calling for Coach K's services. In 1990, the Boston Celtics tried to woo Krzyzewski away from the Blue Devils, but he turned them down. The Portland Trail Blazers came calling in 1994, though again, Krzyzewski said no. In 2004, the Los Angeles Lakers offered a five-year, $40 million deal and shared ownership of the team, but Krzyzewski declined that, too. He also turned down contracts from both the Minnesota Timberwolves and the New Jersey Nets, the latter coming in 2010 and worth a reported $12 and $15 million annually.

A couple of fun facts about those offers:

The year after turning down the Celtics offer, the Blue Devils won their first title under Krzyzewski. They'd go on to repeat the following season.

The season after Krzyzewski turned down the Nets offer, they were one of the worst teams in the NBA. They won just 24 games, finishing last in their division. The Blue Devils—who won the ACC conference tournament and reached the Sweet 16 in the NCAA Tournament—won 32 times despite playing in 45 fewer games.

We'll never know how well Coach K would have fared in the pros. But something tells us he's perfectly fine with the decision he made to stay at Duke.