How Much Did Babe Ruth Make Per Year At The Peak Of His Career, In Salary And Endorsements?

More than a century ago, Babe Ruth began dazzling crowds all over the United States. The Bambino's career spanned three decades from 1914 to 1935. At his peak in 1927, Ruth was part of the New York Yankees Murderers' Row lineup. Just how good was this team?

Led by Ruth and Lou Gehrig, the Yankees won 110 games, then an American League record. They took home the pennant by a monstrous 19 games and swept the World Series to win yet another championship.

Throughout the season, Ruth and Gehrig battled each other in a wildly entertaining home run chase. Gehrig finished with 47 home runs – a very solid total – while Ruth knocked 60 out of the park. That was a major league record at the time, and Ruth complemented the dingers with a .356 batting average, .772 slugging percentage, and 164 RBIs.

For all of his hard work, how much did Ruth make during that 1927 season? 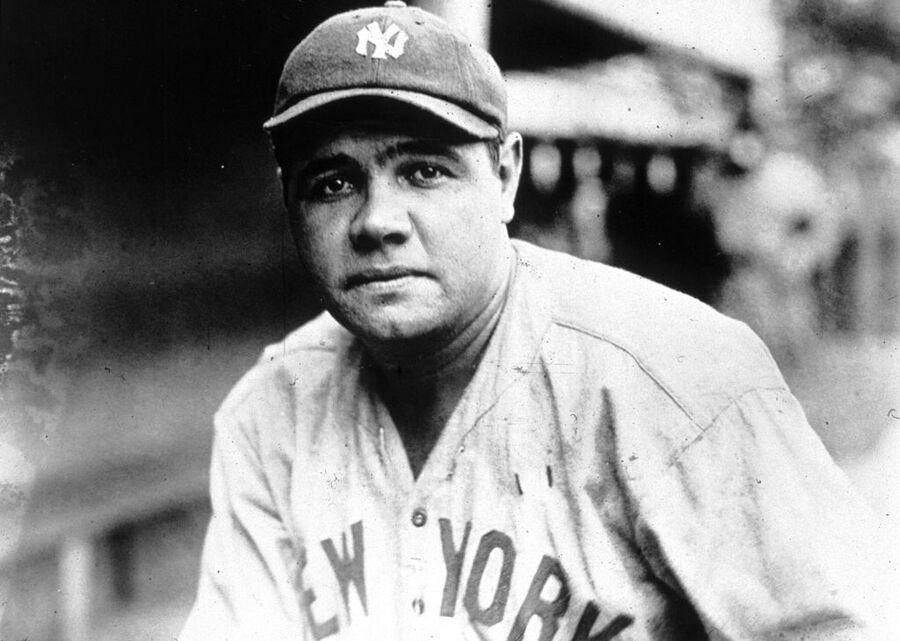 Ruth's salary for that year was $70,000. He made about $5,700 for reaching the World Series, and nearly $90,000 more in endorsements. Some of his sponsors included Chevrolet and Spalding, plus, he received money from movie and vaudeville appearances.

Obviously, professional sports salaries have come a long way since 1927 – but just how far have they advanced?

The average baseball player is taking home a lot more than Ruth, going all the way back to 2003. The average player than made $2.31 million per year, and an average MLB player in 2019 makes $4.36 million.

Those are just the numbers for average players! Ruth's 1927 season was spectacular, not merely average. So how about the highest-paid athletes in the world?

This year, Max Scherzer is the highest earner in the league. His salary: $42,143,000. That's about 17.5 times higher than Ruth made, adjusted for inflation.

Other sports have significantly higher earners, too. At $42.3 million apiece, James Harden and John Wall are making even more than Scherzer in 2019. Canelo Alvarez has a deal with streaming service DAZN that pays him $73 million per year. And Lionel Messi takes home more than $80 million between his salary and performance bonuses.

Yep, it's safe to say that times have changed. Athletes are earning more than they ever have before. And these salaries are only likely to continue to grow over time – despite whether those players are putting up elite numbers. It puts Ruth's impressive 1927 season in even more incredible perspective.