How Much Could You Win If You Bet Every NCAA Tournament Game Correctly?

The NCAA Tournament is one of the most exciting times of the year. Millions of people fill out their brackets, hoping to get enough picks correct and win their office pool, or at the very least, get bragging rights over their friends. Warren Buffett is even offering $1 million every year for life to any Berkshire Hathaway employee who can successfully pick the first two rounds of the tournament and have every selection correct through the opening weekend.

While the odds of that are QUITE long, stranger things have happened, right? Of course, if you don't work under Buffett's empire, his deal isn't of much use to you. In that case, what would happen if you took $100 and parlayed it into every single one of the 32 games in the opening round – how much could you win then?

Of course, on the extremely rare off-chance you did get every single pick correctly, most sports books will not let you do a 32-team parlay. For the most part, a 12-team parlay is the max you can do, so you'd have to get a little creative with your betting. Fortunately, the good folks at Sportsbook offer a little more leeway – you can do parlays up to 15 teams. If we break up two bets of $50 into each day, we can score a pretty good haul. For starters, let's look only at the favorites.

Thursday features Kansas as a 26-point favorite over Austin Peay, while the smallest lines that we're betting are Providence -2 over USC, and Arizona -2 over Wichita State. We're leaving Gonzaga and Seton Hall off this card. Putting $50 on each favorite nets us a result of $799,664.78.

Our final games should be a lot closer – Michigan State is the biggest favorite, giving 18 points to Middle Tennessee State. And everyone's two favorite plodding, methodical teams square off in a barn burner, with Wisconsin just a two-point favorite against Pittsburgh, while Cincinnati closes out the evening at -1.5 against St. Joseph's. This card does not feature the two games affected by the First Four (Notre Dame/Michigan and Oregon/Holy Cross), as those lines aren't out yet. $50 on Friday's other 14 favorites earns us $418,219.84. 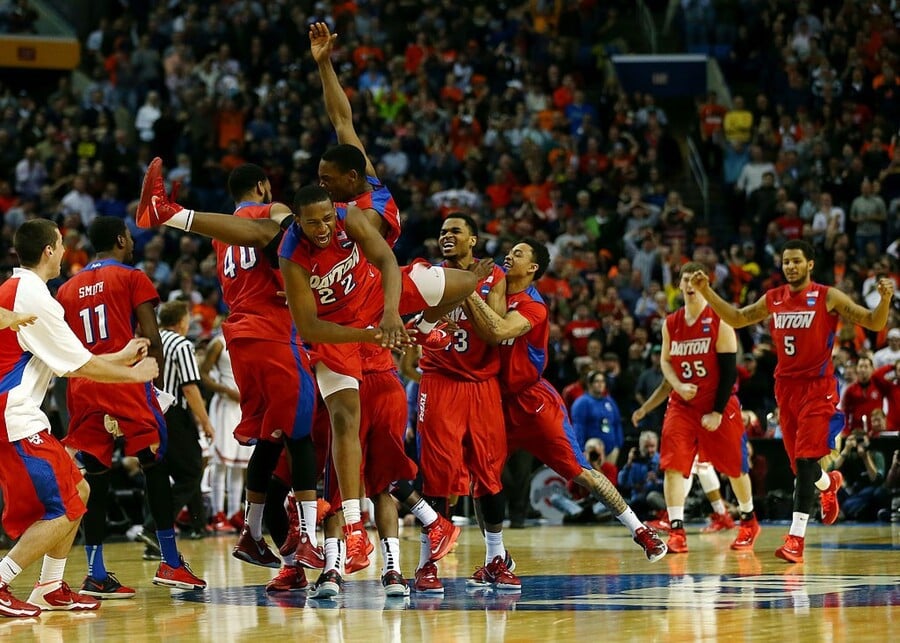 Add these two totals up, and you could win $1,217,884.62 if you bet exclusively on the favorites to cover their respective games. You'd have a fairly similar total if you bet only on the underdogs to cover.

However, it's called March Madness for a reason, and that's because there are plenty of upsets to be had. Let's get even more ambitious – while most books will only allow 12-team (or less) parlays, Sportsbook will give you up to 15 teams to combine in a parlay. Currently, a few games don't have moneyline picks (mostly the 1/16 matchups that have absurdly high lines), so we'll just throw $50 on each day.

Day One really runs the gamut of moneyline odds – Seton Hall is at even money against Gonzaga, while just a short while earlier, Stony Brook, as 14.5-point underdogs, are hanging at +850 on the moneyline. That game alone could win you big bucks if the Seawolves can spring the upset. Combined with 12 other moneyline picks on the underdogs? You'd win $2,394,126,036.04, and that's just on Thursday alone! Who needs a million dollars every year when you can make over $2 billion in a day?

Now, assuming you're very greedy and almost $2.4 billion isn't enough, we'll add in Friday's slate, too. While there are some close matchups (St. Joe's -105 over Cincinnati, Dayton and Syracuse each at -110), there are plenty of wide spreads, too. The largest is Cal State Bakersfield, +1025 on the moneyline. If you simply bet $100 on Cal State Bakersfield alone, you'd earn over a thousand dollars.

But that's child's play considering what we're about to earn. Throw in additional large spreads like Weber State +750 over Xavier and Wisconsin Green-Bay +700 over Texas A&M, and you'll soon be raking in the money. All told, the 12-team parlay will net you $493,885,821.29. 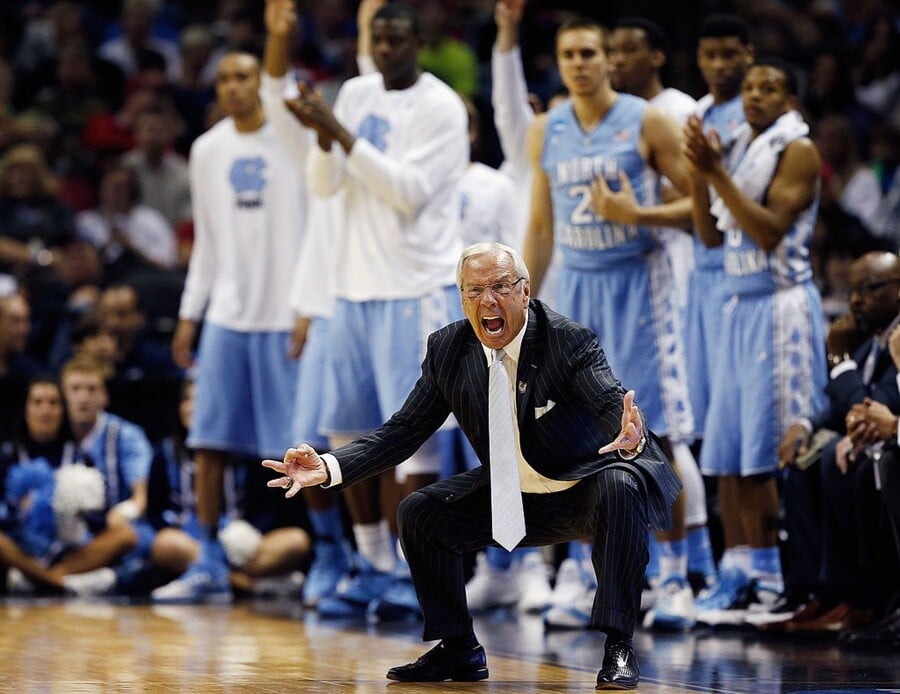 Now, at no point in history have we seen a tournament where every single favorite has covered, or every single underdog has won outright. The most realistic parlays that could win offer a balance of upsets and big wins for favorites.

Let's do two more parlays with a more varied selection of games. On Thursday, we'll have favorites mostly winning and covering, but Iona (+265), Yale (+190), Arkansas Little-Rock (+330), and USC (+120) will win outright as dogs. Since Sportsbook only allows 15 teams in a parlay, Seton Hall and Gonzaga will get left off, since that's basically a pick 'em, anyway.

Those games will turn a $50 bet into $6,155,922.50, a much more realistic number for a Thursday slate of matchups. Will Friday be even more lucrative? 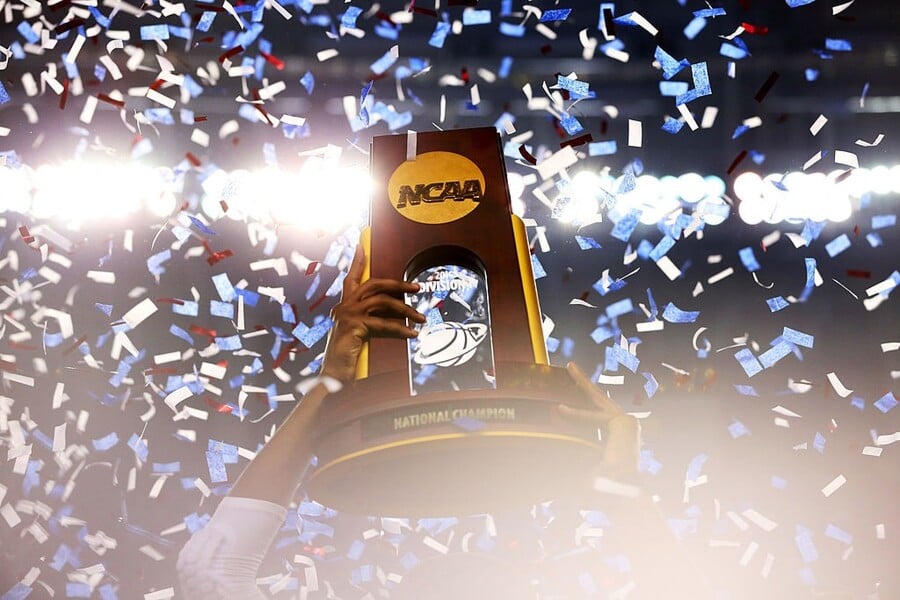 In a word, no. While we're predicting one more upset, it's hard to imagine most of the largest underdogs staying competitive. In this scenario, favorites are covering, except in the case of Hawaii (+250), Temple (+265), Pittsburgh (+115), Northern Iowa (+160) and St. Joseph's (+105). Again, Sportsbook doesn't have lines for the two games featuring one of Wednesday's First Four teams (Notre Dame/Michigan and Oregon/Holy Cross), so this parlay is only 14 teams.

No matter, it's still quite profitable. The $50 thrown down becomes $2,465,626.34 if all of these games play out correctly. Combined, you can make $8,621,548.84. That's still quite impressive, and more realistic than taking all favorites or all underdogs.

Whether you try to nail all 32 picks correct or not, enjoy what should be a thoroughly entertaining March Madness. And if you do hit the jackpot, feel free to throw some our way.