A Dollar For Dollar Breakdown Michael Jordan's $2.2 Billion Net Worth

This Sunday is the premiere of "The Last Dance", the documentary about Michael Jordan and the 1997-98 Chicago Bulls. That season led to the sixth and final title during the team's dominating run throughout the 90s, one of the most important championships in league history. Jordan was the face of that Bulls team, which featured greats like Scottie Pippen, Dennis Rodman, Toni Kukoc, Steve Kerr, and coach Phil Jackson. But Michael earned relatively little money playing in the NBA. His total career NBA earnings could be earned by a single player in three or four seasons today.

In 2009, when we first began tracking Michael's fortune, he had a net worth of $500 million. By our count, he first achieved billionaire status in 2014 at the age of 51. Fast forward six years and he's already more than doubled that billion dollar net worth.

And if you've been reading CelebrityNetWorth recently, you may have seen that we recently crowned him the world's richest athlete. A feat most people incorrectly assume he achieved long ago.

As of this writing, Michael Jordan's net worth is $2.2 billion.

So how did Jordan become so rich? Sure, we know it's from endorsement earnings from companies like Nike and Gatorade. But what goes into that $2.2 billion number. Let's get down to the nitty gritty numbers. Here's a dollar for dollar breakdown:

Perhaps the most amazing part of Jordan's multi-billion dollar fortune is that he earned almost all of it AWAY from the basketball court.

During his NBA career, Jordan made a total of only $93.7 million, which is downright meager by today's standards. His rookie year brought him $550,000, and he played four seasons in the league before he first made at least $1 million in a year.

During the Bulls' first three title runs (1991-93), Jordan made a total of $9.75 million. He continued earning even during his first retirement, making more than he did during the first three-peat. When he returned, Jordan still only earned $3.85 million on the court, despite leading the Bulls to a 72-10 record.

After the fourth championship, Jordan finally received a big payday. More than two-thirds of his career earnings came from his final two seasons with the Bulls, when he made $30.14 and $33.14 million during the 1996-97 and 1997-98 seasons, respectively.

How Much Does Michael Jordan Make a year from Nike/Jordan Brand? $80 – $100 million.

Michael has revealed that while playing college ball for UNC, at one point he had just $20 in his bank account. He had to ask his mom to send him postage stamps so he could stay in touch. Money wouldn't be a problem for long.

In 1984, the same year he graduated college, Jordan received an endorsement deal from Nike worth $500,000 over five years. He also received stock options in the company, bringing his total compensation to $7 million during those five years.

Here's the craziest thing: before that deal, Jordan had never worn a pair of Nikes in his life. He was an Adidas guy, but Nike's offer was too good to pass up.

When Jordan wore the shoes, they violated the NBA's uniform rules. Nike paid every fine, and in fact used the controversy to generate additional excitement around the Air Jordans. By March 1985, consumers could buy the shoe, and did they ever – within two months, it had sold more than a million pairs. That first year, Air Jordan shoes brought in $100 million of revenue for Nike. Today, the shoes generate more than $2.5 billion every single year.

Jordan has a pretty sweet deal with his shoes, too. Since 1992, he's earned at least 25 cents for every Air Jordan sold. Today, he makes $4 every time an Air Jordan shoe gets sold. That's good enough to earn about $80 to $100 million every year. Some years, Air Jordan sales bring in even more, giving Jordan as much as $120 million.

Other Endorsements and Businesses = $500 million

Jordan's Gatorade deal is likely his most lucrative after Nike. After the 1988-89 season ended, Jordan signed a ten-year, $18 million endorsement contract with Gatorade. That partnership brought the famous "Be Like Mike" ad to the airwaves and gave us a toe-tapping song, to boot.

On top of his endorsements, Jordan also owns a car dealership and seven restaurants. All of these business ventures have brought him a whopping $1.6 billion.

In 2018, Michael and Magic Johnson invested in the popular esports organization Team Liquid. About a year after their investment, new investors plunged money into the team at a valuation of $320 million. It's not clear how big Magic and Michael's stakes are.

In 2017 when Derek Jeter led a group of investors in purchasing the Miami Marlins baseball team for $1.2 billion. Derek invited Jordan to invest and today MJ owns around 1% of the team.

That, of course, doesn't include deals Jordan has turned down. He reportedly won't accept a partnership unless he expects to earn at least $10 million, and even then, money isn't always everything. Jordan said no to a headphone endorsement deal worth $80 million because he doesn't like wearing headphones. 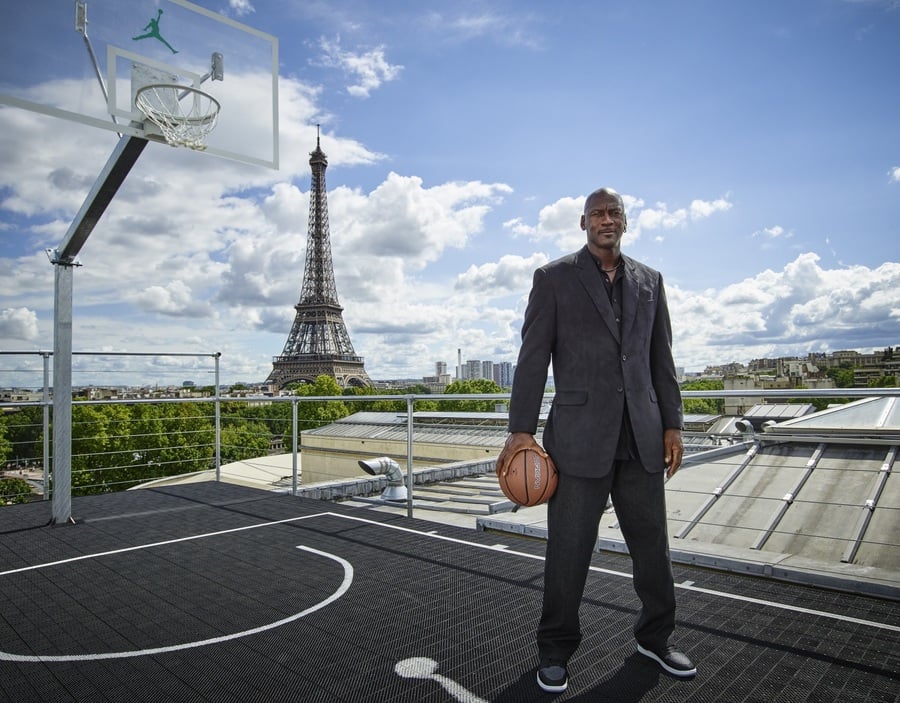 Towards the end of his playing career (after two retirements, when he joined the Washington Wizards), Jordan divorced from his wife Juanita in 2002. The divorce settlement cost Jordan $168 million. That's one of the largest celebrity divorce settlements in history.

By 2006, Jordan was worth about $450 million, after taxes, divorce settlements, living costs, and other expenses.

That same year, he purchased a minority stake in the Charlotte Bobcats. In 2010, he spent $175 million to purchase a larger stake from the team's majority owner, BET founder Robert Johnson. That deal gave Jordan 80 percent ownership of the team.

But Jordan continued to grow his stake, increasing his ownership from 80 to 89.5 percent by 2014. Let's do a little quick math here. At the time, the franchise, now renamed the Hornets, had been valued at $500 million with $135 million worth of debt. A little while later, the Clippers, also valued at $500 million, sold for $2 billion. Assuming the Hornets grew their valuation to $600 million during that timeframe, Jordan's stake in the team after debt was worth $416 million. Combined with his $600 million in outside money, that made him a billionaire for the first time in his life.

Last year, Jordan sold a minority stake in the Bobcats to hedge fund managers Gabe Plotkin and Daniel Sundheim. The percentage wasn't disclosed but the valuation was. The new investors bought in a team valuation of $1.5 billion.

As NBA franchise values continue to rise, so too will Jordan's net worth.

Using either the Discounted Cash Flow or EBITDA Multiple valuation, the present value of Michael's future Nike royalties alone could be worth multiple billions in present value dollars. Put another way – How much would an outside investor pay Michael today for the next 10-15 years of his Nike royalties? To take him out of the business today, that would likely be worth over a billion dollars. Then you also have the terminal value of the Jordan Brand after that 10-15 year period. It could be argued that Michael's Air Jordan royalty stream + the future value of the Jordan brand would be worth someone giving him a $2-3 billion buyout today.

When you total it all up, by our very conservative calculations, Michael Jordan's current net worth as of April 2020 is $2.2 billion. Easily enough to make him the richest athlete in the world. Is he also the greatest athlete of all time? Perhaps that will be answered in "The Last Dance".

"The Last Dance" airs its first two episodes on ESPN at 8pm ET; viewers outside the United States can also stream it on Netflix.