Back in 2016, Fred VanVleet was finishing up a stellar college career. His Wichita State Shockers made the Final Four his freshman season, then had an undefeated regular season the following year. VanVleet was named Missouri Valley Conference Player of the Year in both 2014 and 2016 and came into the NBA Draft with plenty of momentum.

Yet as the draft went on, nobody selected VanVleet. The six-footer was projected to be a second-round draft pick, though he was hoping to either rise up to the late first round or at least the early second. By the middle of the second round, VanVleet made a decision that ultimately may earn him a nine-digit contract.

He started telling teams not to draft him. 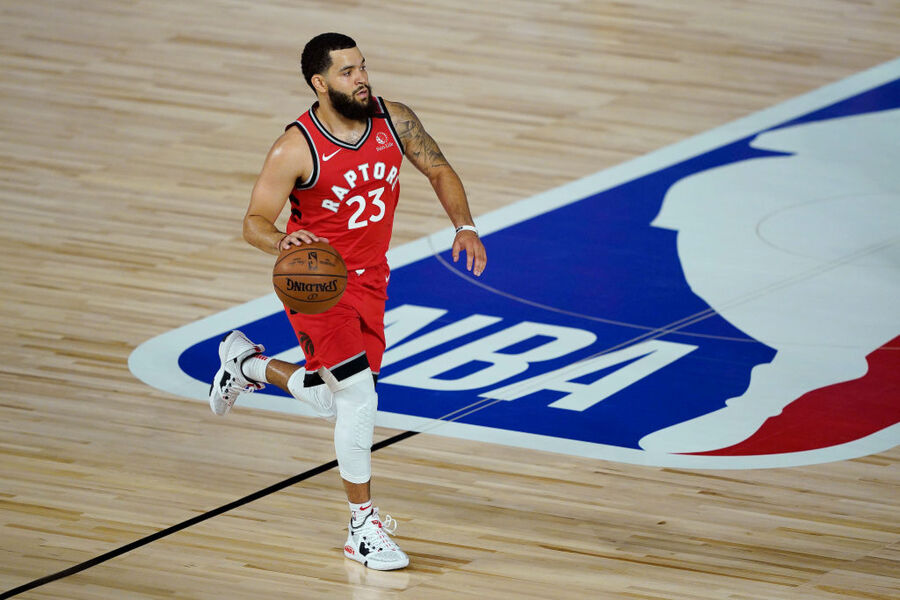 Mid-to-late second-round picks tend to have tough paths toward the NBA. Many either don't get signed and take an opportunity overseas or join the G-League to work on their game. Teams that were interested in VanVleet told him they'd take the latter route, making it unlikely VanVleet would secure a roster spot.

That honesty helped inspire VanVleet — who grew up sharing clothes with his brothers — to make a bet on himself. Instead of hoping he'd be drafted, VanVleet enjoyed bottles of champagne as he watched every team pass on him. That summer, he played well in the Summer League and signed a small two-year deal with the Toronto Raptors, worth a little less than $1.9 million.

VanVleet played well as a backup in Toronto. He didn't start a single game those first two seasons, but he was a solid contributor off the bench, even shooting a career-high 41.4 percent in his second year.

After his first two seasons, VanVleet signed a two-year, $18 million to stay in Toronto. He possibly could have made more money elsewhere, but knew what he could do with the Raptors.

He also may not have known that the team would soon trade for Kawhi Leonard. Suddenly, VanVleet took on a bigger role — with a bargain contract — as the Raptors enjoyed another successful season. VanVleet played 7.5 more minutes per game and made some clutch shots during the playoffs.

VanVleet and the Raptors won the 2019 championship. And when Leonard left that offseason, VanVleet scored major playing time. During the 2019-20 season, VanVleet posted career highs in minutes played, points, rebounds, assists, steals, and blocks per game.

In his memoir The Sixth Man, Andre Iguodala writes how NBA contracts are really designed to reward players for what they've previously done. He cites how Steph Curry's $201 million deal wasn't for the next five years. Rather, it was making up for him being on a bargain deal — four years, $44 million — while leading the Warriors to success.

In VanVleet's case, it may be a bit of both. He's still just 26 years old and coming off his best season yet. The Raptors likely don't win a championship the year before without him. Yet wherever he ends up signing, that team will expect him to perform at an even higher level.

Still, in just four years, VanVleet went from someone who wasn't even guaranteed a roster spot to a player set to earn $80 million to $100 million in his next contract. And that's something he's dreamed about since playing ball as a kid.