How Floyd Mayweather Turned A $750,000 Bet On Himself Into More Than $1 Billion

Historically, a successful comparable boxer to Floyd would make tens of millions of dollars during their career. Meanwhile, Floyd is the fifth highest-earning athlete of all time. During his prime fighting years he was consistently the highest-paid athlete in the world, by a long shot, and frequently the highest paid entertainer on the planet. Floyd is one of just six athletes whose career earnings have topped $1 billion. The other five are Michael Schumacher, Jack Nicklaus, Arnold Palmer, Tiger Woods and Michael Jordan.

How did Floyd catapult into the financial stratosphere? 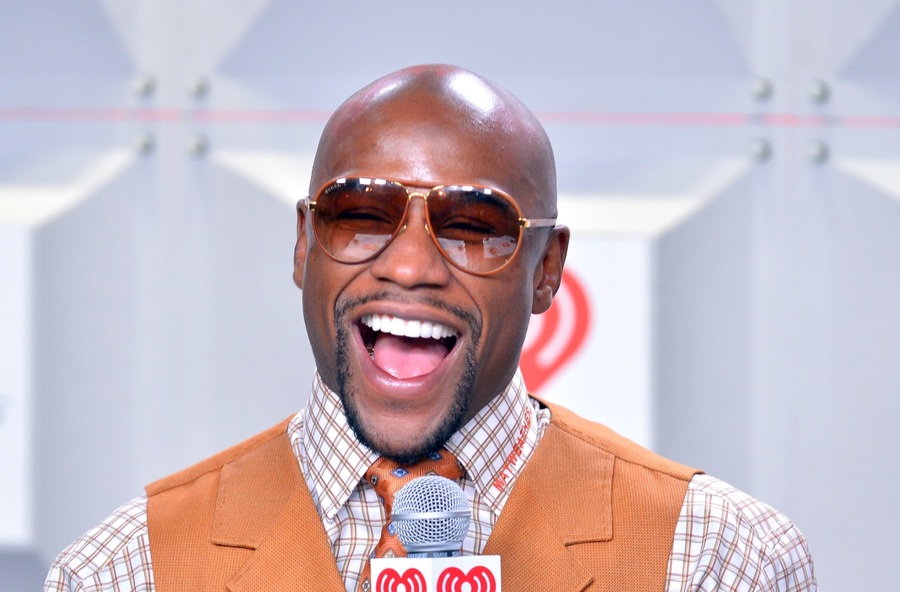 Money was tight growing up. At one point in the 1980s, Floyd lived with family members in New Brunswick, New Jersey, sleeping in the same room as seven other people in a house whose electricity often did not work.

When not in school, Floyd trained in boxing.

Later in 1996, Floyd competed at the Olympics in Atlanta. He reached the semi-finals of the featherweight division and took home a bronze medal. The US team ultimately filed a protest over the match Floyd lost, claiming that the judges were unduly intimidated by Bulgarian team to rule in favor of Floyd's Bulgarian opponent.

Bob Arum found his way to boxing through a bizarre path. In the 1960s he was working as a lawyer for the United States Department of Justice. In 1962 Bob was assigned to confiscate the proceeds of a fight between Sonny Liston and Floyd Patterson over concerns of Sonny's connections to organized crime.

This experience introduced Bob to the lucrative world of boxing promotions – where someone fronts a bunch of money for an event, in exchange for a huge profit windfall. It's not complicated. The promoter guarantees the fighter purses and bonuses, pays for the event space, security, concessions etc. And hopefully he makes more than he spent.

Arum soon became the Vice President of Muhammad Ali's promotion company, Main Bout. Bob Went on to promote many of the sport's most memorable fights, including Marvin Hagler vs. Roberto Durán and Hagler vs. Thomas Hearns. In 1989, he produced the famous rematch between Thomas Hearns and Sugar Ray Leonard.

In 1996, immediately after the Olympics ended, Floyd Mayweather decide to go pro. To make it real and official, Floyd signed a 10-year contract with Bob Arum's company, Top Rank Boxing.

In the boxing world when you're signed to a promoter, you're basically a salaried employee. When it's your turn, you are offered a set amount of money to fight an opponent.

On the one hand, it's guaranteed money in the bank without an ounce of personal financial risk. All Floyd had to do was train and win. On the other hand, Floyd's potential upside outside of the guaranteed purse was basically zero.

After just two years as a pro, Floyd won the WBC super featherweight championship. Along the way, Arum carefully chose each of Floyd's opponents to craft a steady rise up the ranks.

In June 2005 Floyd earned $3.2 million when he defeated Arturo Gatti.

Two months before the Gatti fight, Bob Arum told Floyd Mayweather that if he won, his next offer would be $8 million to fight Antonio Margarito in the future. Floyd said he wasn't interested in Margarito. Instead he came back with a stunning request:

Arum was flabbergasted. That amount would have been more than double what he would have offered a superstar boxer at the time. So Arum declined and continued trying to sell the Margarito fight.

Floyd also knew of a very important clause in his contract. The clause allowed Floyd to buy himself out of Top Rank Boxing after 10 years. The price?

And whereas today Floyd probably drops $750,000 in a weekend gambling, back in 2006 this was a significant amount of money. Mayweather's net worth at the time couldn't have topped $3-4 million, and presumably a lot of that had already been invested in cars, houses and training. Even if he had $3 million cash in the bank, $750k would have been exactly 25% of his liquid wealth.

On the other hand, Floyd crunched the numbers on his Gatti fight and realized the math was on his side. Remember, Floyd made $3.2 million fighting Gatti. The fight sold 400,000 pay-per-views at $49 a pop. That alone worked out to around $20 million. So if Gatti earned $2 million, and the production costs came to $4 million, there was still conservatively $10 million in additional profits being made on his back.

Even with these numbers, the contract buyout was still a HUGE risk for Floyd.

Had he lost his next match or gotten hurt, he would be done. Had no one bought the PPV, he would be personally on the hook for the production costs.

Floyd still decided to go with his gut and bet on himself.

How'd That Gamble Work Out?

In November 2006, Floyd fought Carlos Baldomir. He paid for all the production costs including Carlos' $1.6 million guarantee.

In the end, a somewhat disappointing 325,000 people bought the PPV. But even though that was 20% fewer buys than his previous match, Floyd's math still worked. The PPV revenue worked out to $16.5 million. After Carlos' purse and all other production costs, Floyd walked away with $8 million. More than double his previous career-high.

Just six months after defeating Baldomir, Floyd faced off against Oscar De La Hoya. Since De La Hoya was a the bigger champion at the teime, the bout was headlined under Oscar's Golden Boy Promotions, with Mayweather as an equity holder in the PPV.

The fight took place on May 5, 2007. Approximately 2.4 million paid to watch Floyd beat Oscar, breaking the PPV record of 2 million that had previously been held by Holyfield-Tyson II.

The PPV alone generated $136 million in revenue. In the end Oscar took home $52 million and Floyd earned $25 million. More than seven-times what he earned a year earlier from the fighting Arturo Gatti.

The die was cast at that point and there would be no looking back for Floyd, who now could rightfully claim the nickname "Money Mayweather."

Floyd earned between $20 and $50 million from his next six fights. In September 2013 he earned $75 million fighting Saul Alvarez.

When he finally fought Manny Pacquiao in 2015, Floyd and Manny agreed to split all profits 60-40. The highly-anticipated match was purchased by 5.773 million people, generating $500 million in gross revenue.

From June 2005 through the fight against Logan Paul in June 2021, Floyd Mayweather has earned…

If you believe in yourself, bet on yourself!