How Diego Simeone Became The Highest-Paid Coach In Sports History

Just a few weeks after the coronavirus pandemic shut down the professional sports world, stories started coming out about athletes and teams giving back. Some donated to their cities, others helped pay salaries for event staff, and others took a pay cut so there'd be enough money for other operations.

With La Liga having an indefinite suspension and Spain in a state of emergency, Atletico Madrid's players and manager Diego Simeone agreed to a 70 percent pay cut. The agreement allowed 430 workers to receive their salaries, which they otherwise would have missed out on.

Some other clubs, such as Barcelona and Juventus, also announced pay cuts. Barcelona players' salaries were reduced by 70 percent, and they contributed to the salaries of club employees. Juventus players and manager agreed to a four-month pay cut that would save the club $105.6 million during the 2019-20 financial season.

With a gross annual salary of about $49.28 million, Simeone is far and away the highest-paid coach in sports. Even after a 70 percent pay cut, he'll still make nearly $14.8 million this season.

Here's a look at how Simeone became the highest-paid coach ever. 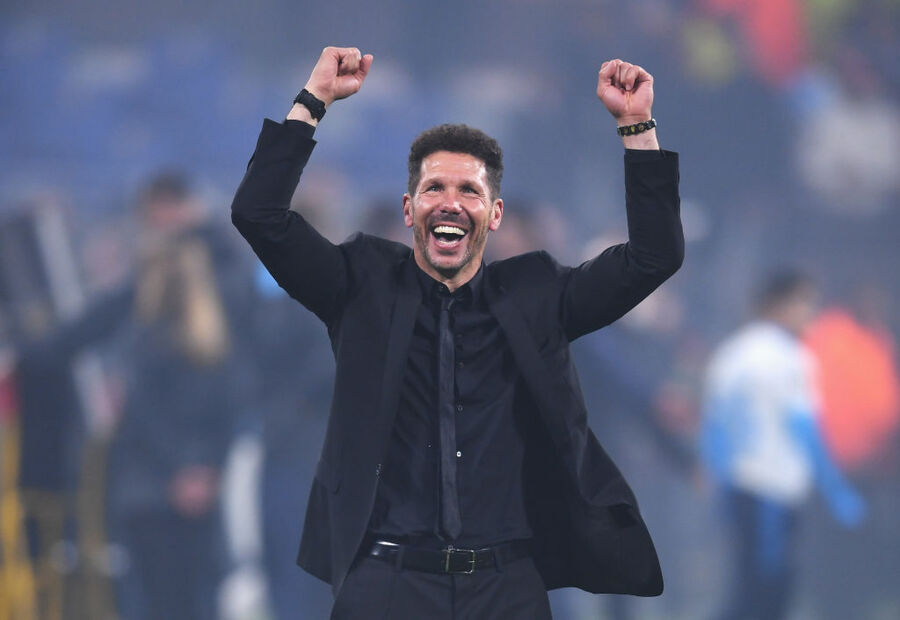 Before managing, Simeone had a lengthy career as a player. His senior career began in 1987 when he was only 17 years old and lasted until 2006. Along the way, he played for Vélez Sarsfield, Pisa, Sevilla, Atletico Madrid, Inter Milan, Lazio, Atletico Madrid (again), and Racing Club.

As a player, Simeone was a tactical and versatile two-way player. His leadership, intelligence, and strength were traits that would suit him well as a manager. After he retired in early 2006, he almost immediately became a manager for his final team, Racing Club.

From 2006 to 2011, Simeone made six different coaching stops – Racing Club (twice), Estudiantes, River Plate, San Lorenzo, and Catania. On December 23, 2011, Atletico Madrid introduced him as its new coach. Simeone rejoined the club he played for on two separate occasions.

Simeone signed contract extensions in 2017 and 2019, with his latest deal earning him his massive salary. He makes more than double the club's highest-paid player and the second-highest-paid coach in soccer, Manchester City's Pep Guardiola.

The combination of on-the-pitch success and being the longest-tenured coach in La Liga puts Simeone in a powerful position. He's able to negotiate an incredibly high salary, since he can simply point to a list of other clubs interested in his services.

As of this article, Simeone has amassed a record of 288 wins, 79 losses, and 113 draws with Atletico Madrid.

The manager contracted COVID-19 in September 2020 but is already back to coaching. Now he's setting his sights on bringing more titles to his club.