The Sacramento Kings are making moves this week. First, they selected Tyrese Haliburton with the 12th selection in the NBA Draft — after Haliburton reportedly told other teams to pass on him so the Kings could choose him. Now, they're making sure their star point guard sticks around for the long-term.

The Kings and De'Aaron Fox have agreed to a five-year max extension worth $163 million. The 23-year-old guard averaged a career-high 21.1 points last season. He added 6.8 assists and 3.8 rebounds per game.

Fox can earn more money by hitting certain milestones — though all of them are technically out of his control.

First, the NBA salary cap has to rise above $112 million. That seemed a certainty a year ago, though the coronavirus pandemic has hindered the league's revenue, and as a result, the salary cap. 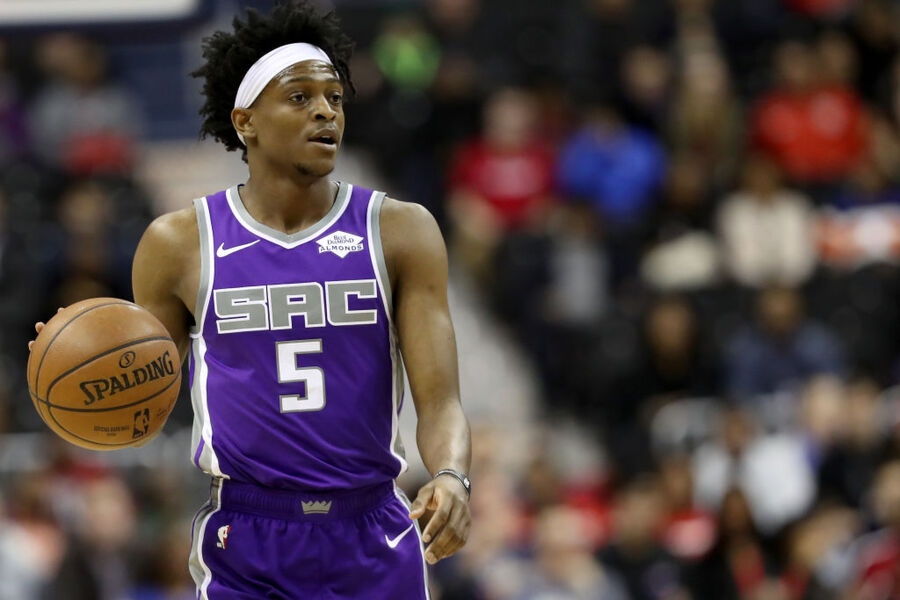 But if the salary cap does hit that $112 million number, Fox's oncourt play — plus the votes of sportswriters and broadcasters — will determine his salary.

Fox will earn $170 million if he's an All-NBA Third Team selection. If he makes the All-NBA Second Team, he'll make $183 million. And if he's one of the five top players in the league and earns an All-NBA First Team selection, he'll earn $196 million.

If none of those happen, Fox will still be doing pretty well for himself, earning an average of $32.6 million per year.

The Kings haven't made the playoffs since the 2005-06 season, which is also the last time they had a winning record. But they've made progress since taking Fox with the fifth pick in the 2017 NBA Draft. The team finished 39-43 in 2018-19, good for ninth in the Western Conference. And last year, they ended up 12th at 31-41 but were in the playoff hunt during the NBA's restart in the Disney World bubble.

Now, with head coach Luke Walton in his second year and Fox locked in for the long haul, the Kings will look to build on that success. The combination of strong team play coupled with great individual numbers could give Fox both a taste of the playoffs — and a huge boost to his bank account.