Fewer careers are cushier than that of an NFL backup quarterback. Sure, you may never make as much money as a superstar, but your game days are far less intense. You'll hold a clipboard, go over plays with the starter and coaches, and maybe come in for mop-up duty at the end of a blowout.

If the starter happens to get hurt, the expectations are so much lower that it's a win-win situation. You either come in and don't lead the team to victory – it's understandable! You're a backup! – or you play well enough and parlay your performance into a big contract, like Nick Foles did when he replaced an injured Carson Wentz and led the Philadelphia Eagles to back-to-back postseason appearances, including a Super Bowl victory.

Chase Daniel is a perfect example of someone who's found great success as a backup quarterback. The 33-year-old has never really been considered as a starter, but he's serviceable in a pinch. And he just signed a new contract with the Detroit Lions that will max out at $13.5 million over three seasons – if he's still on the Lions' roster by the end of that contract, he'll have made $50 million in his career. 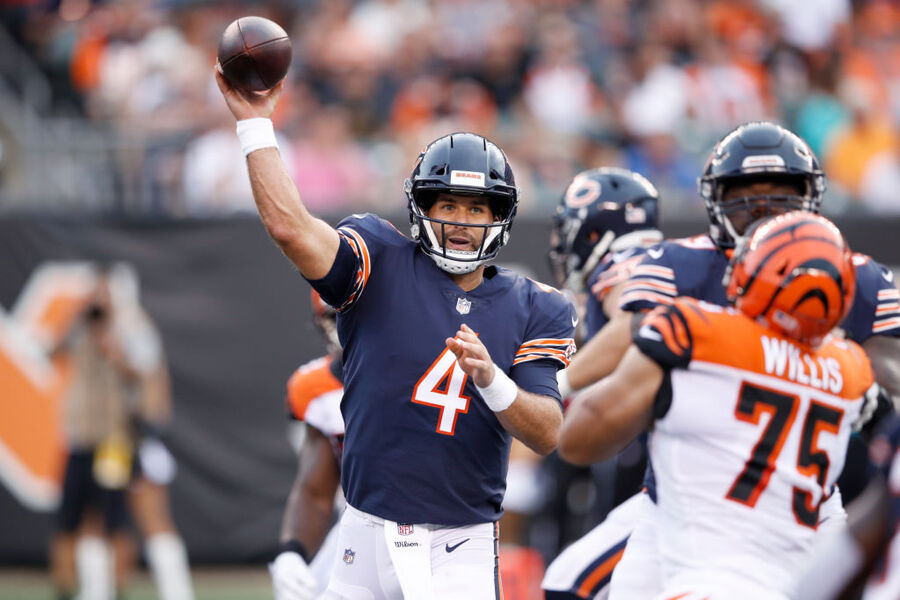 Daniel has played for the Saints, Chiefs, Eagles, and Bears, and now will join a Lions team that already has an established starter in Matthew Stafford. But that fits right into how Daniel's career has gone so far.

In 10 seasons, Daniel has made just five starts, tossing seven touchdown passes in the process. He's one of only two quarterbacks since the 1970 merger to spend ten seasons in the NFL with five or fewer starts (David Humm is the other, in case you need to win a trivia contest later).

In fact, Daniel has only thrown 218 passes over those ten seasons, including six years with five or fewer attempts. Yet he's already earned close to $3.5 million per season. And that number will only increase by the end of his latest deal.

Daniel will be ready to come into the game should Stafford get hurt. However, he'll be just as content hanging out on the sidelines. It's certainly not a bad way to earn a living.