Houston Texans Spend $98 Million On Some Much Needed Offensive Talent

For the last two seasons, the Houston Texans have been one of the most offensively challenged teams in the NFL. The reason why is simple – they did not have a very good (or healthy) quarterback. When you have seven quarterbacks take regular season snaps, it is kind of hard to establish any kind of rhythm or continuity. In spite of the revolving door at the position, they still finished both seasons with winning records (9-7), and they even won a division title (2015).

Their success left many wondering what could have been if they only had a quality starting quarterback?

Obtaining a better quarterback was a primary concern this off-season for the Texans, and on the first day of free agency the team feels like it got the right man – the guy who was supposed to be Peyton Manning's heir apparent in Denver, Brock Osweiler.

John Elway had expressed a desire to hold on to him, but he was not willing to overpay for a guy with just seven games under his belt. While he did lead the team to a 5-2 record in those seven starts, he did struggle to get the offense moving at times. However, he is young and will likely get better with more playing time. 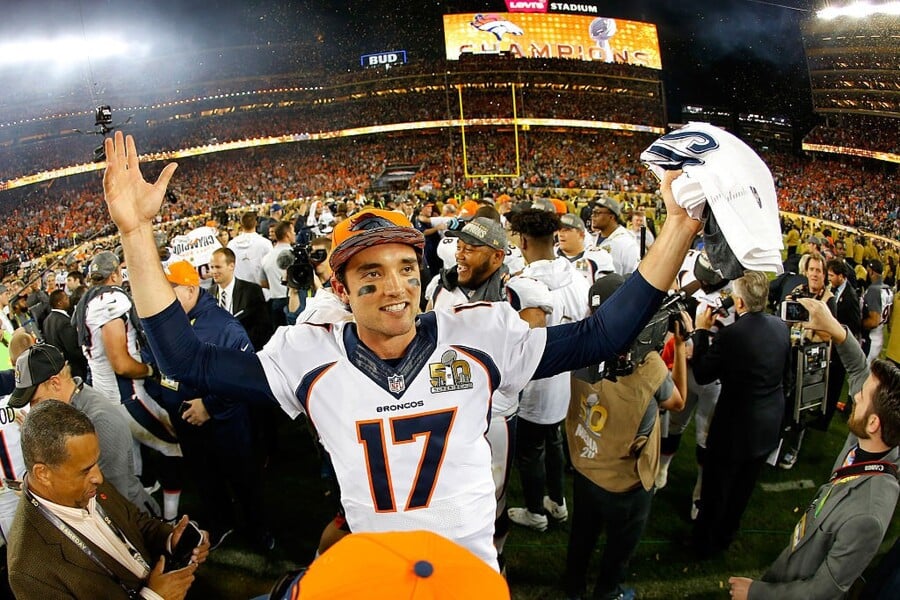 The highest Denver is said to have offered him was $16.5 million a season. Houston was willing to go higher and offered him a four-year deal for $72 million, with $37 million guaranteed. The decision was easy for Osweiler.

Acquiring a quarterback was one piece of the puzzle for the Texans, but not the only one they needed. After losing Arian Foster to injury early in the season last year, the Texans were forced to rely on the running back by committee approach. Sometimes it was enough, but often times, it wasn't.

Heading into the off-season, the Texans knew they needed to find a better solution at running back (since they released Foster) as well as quarterback. They believe they found the man they needed in former Miami Dolphins running back Lamar Miller.

Miami drafted Miller in 2012, but didn't really make use of him until the 2014 season. He got 216 carries that season, crossed the 1000-yard milestone for the first time in his career (1099), and averaged 5.1 yards a carry. His average dropped off a little last season, but was still a respectable 4.5 yards/carry.

In spite of the small dip, he was expected to be in demand if he made it to free agency, and sure enough, he was. Miller didn't waste time feeling out the market, though. Houston was willing to give him what he wanted ($6+ million/season), so he went with the Texans.

While it is nice to get a pair of playmakers in the backfield, they will not be able to do much if the blocking isn't up to par. For some odd reason, they let two of their offensive linemen walk. Guard Brandon Brooks took a five-year, $28 million deal with the Philadelphia Eagles, and center Ben Jones signed with the Tennessee Titans on a four-year, $17.5 million deal.

They may have signed their replacements already in former Kansas Chiefs guard/tackle Jeff Allen (four-years, $28 million) and former Oakland Raiders center/guard Tony Bergstrom (to a two-year deal). Bergstrom has only four career starts under his belt, but will be able to provide some depth for the offensive line.

In light of the money the team has invested in its backfield, it would not be surprising to see the Texans go with offensive linemen in the first couple rounds of the draft.