[We are reposting this article from 2015 on the news that Bob McNair died today at the age of 80. He lived an incredible life and is survived by his wife, four children and 15 grandchildren. Rest in peace Bob!]

Luckily, Houstonites only had to wait a few years before football returned to the city. And it was all thank to the work done by Bob McNair. It wasn't a cheap. Bob and his partners had to pony up $700 million, to be exact. 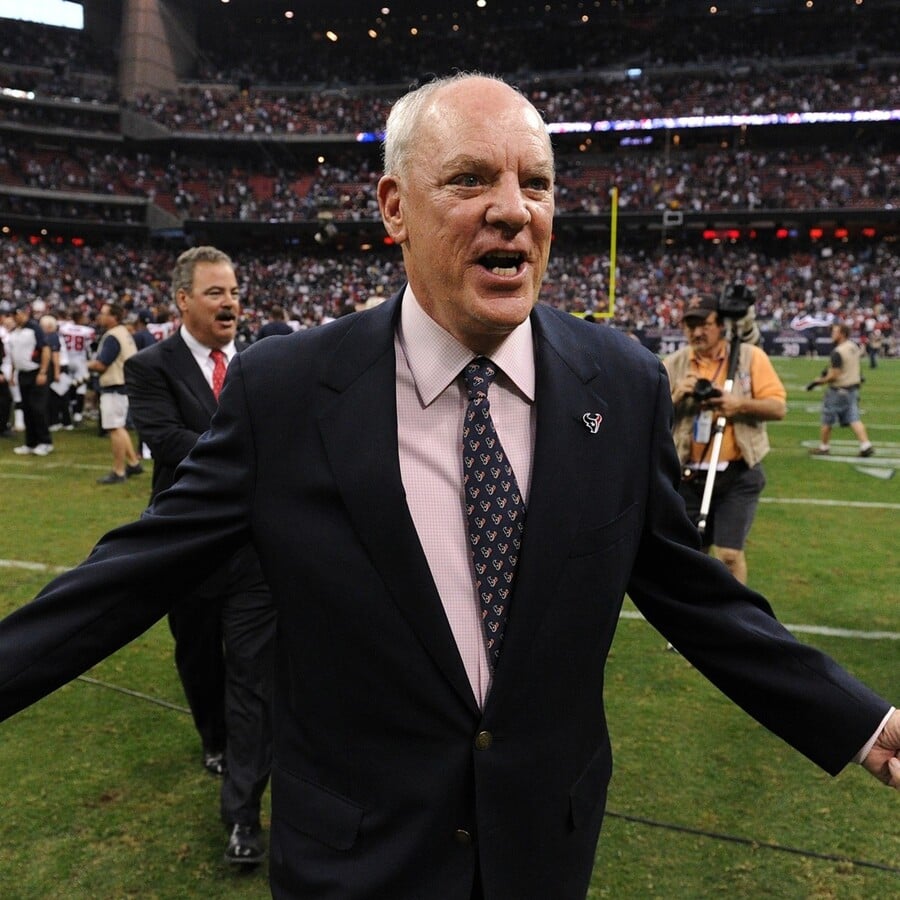 Photo by Thomas B. Shea/Getty Images

So how does a guy from the foothills of North Carolina come to afford to spend $700 million on a football team?

Bob's professional career began in the auto and truck leasing business, but he didn't plant the seed that grew into a massive fortune until 1983 when he founded Cogen Technologies. Cogen would eventually become one of the largest non-utility co-generators of electrical and thermal energy in the country. The company expanded over the years until it became the largest privately-owned co-generation company in the world.

Having lived in Houston since 1960, he was familiar with the love the people of the city had for football. And like his fellow Houstonions, he was heartbroken that the city no longer had a football time after 1996. So when he heard that the NFL was thinking of expanding, he formed a company called Houston NFL Holdings in 1998.

On October 6, 1999, the league announced that McNair was being awarded a franchise that would start playing in 2002.

The team is now worth $3 billion. So in a little over a decade its value increased by over 250 percent!

Outside of football, Bob continued his business career. He owned a pair of power plants, one in New York and the other in West Virginia. He was the chairman and CEO of the McNair Group, a financial and real estate firm and owned the Palmetto Partners, Ltd., a private investment company.

McNair founded a biotechnology investment firm in 2000, Cogene BioTech Ventures. The company did well for a time, but with three of its principals dropping out the venture came to an end in 2006.

As we mentioned in the beginning of the article, Bob McNair died on November 23, 2018 at the age of 80. At the time of his death, he was worth $4 billion!