After Holding Out The Entire Offseason, J.R. Smith Re-Signs With The Cleveland Cavaliers

Some people like to wait until the last minute to do things. J.R. Smith is one of those guys – he's put up clutch fourth quarter performances throughout his career, and after the Cleveland Cavaliers won the NBA title this past season, he walked around without a shirt for several days, probably only putting one on when he finally had to enter an establishment that required a shirt.

Chalk up contract negotiations in that list of items he likes to procrastinate on, too.

Despite a contract holdout that lasted all the way through the summer and into the preseason, Smith announced via "Uninterrupted" that he's re-signing with the Cavs after all, to the tune of four years and $57 million.

Smith had become an unrestricted free agent after the season when he turned down his $5.3 million option for the 2016-17 season. Other teams had expressed interest, including the Boston Celtics, who may prove to be one of the Cavs' biggest threats in the East. But ultimately, Smith returned to the place where he's found a home in Cleveland. 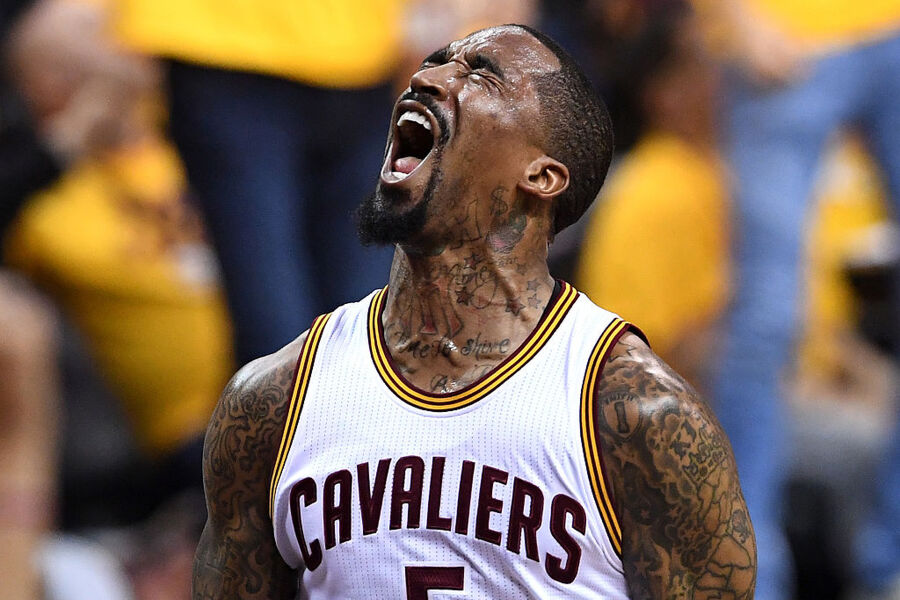 Though Smith, who averaged 12.4 points, 2.8 rebounds and 1.7 assists last season while shooting 40 percent from three-point range, will be returning, the Cavs said goodbye to Toney Douglas. The team had to waive Douglas, who was brought in to serve as a backup point guard to Kyrie Irving, in order to sign Smith.

It shouldn't make much of a difference, though. The Cavs are returning their key contributors from last season, plus they've added Mike Dunleavy, Jr. for additional outside shooting and Chris "Birdman" Andersen to serve as another big body inside. Combined with increased minutes from promising guard Jordan McRae, Cleveland looks primed for another return to the NBA Finals, at the very least.

Curiously enough, Smith will be making less than former teammate Timofey Mozgov, who got a four-year, $64 million deal from the Los Angeles Lakers. We're willing to bet that extra $7 million won't matter too much, as Smith has a much better shot at additional championships than Mozgov does.

Check out Smith's announcement below, which also includes some other big news:

.@TheRealJRSmith and family are beyond thrilled to be back with the @cavs but also have some other BIG news to share. pic.twitter.com/NvC9bXjtTt