Who Are The Highest-Paid Players In This Year's Super Bowl?

Super Bowl LI is nearly upon us and there's no shortage of intrigue. Can the Atlanta Falcons and their absurdly powerful offense bring home the first championship in franchise history? Or will Tom Brady add a fifth championship to his impressive legacy? There are always X-factors to consider, as well, and as is often the case, a big special teams play at the right time might just swing the outcome of the game.

While everyone will be feeling the pressure of the big game come Sunday, there are a few players in particular who will really have to step up their game, at least to live up to their contracts. Here are the ten highest-paid players of Super Bowl LI – since we're all about current performance (and nothing in the NFL is guaranteed), these numbers are based on earnings for the 2016 season.

It's no secret that to be a successful team in the NFL, you need a strong foundation at quarterback. The Patriots certainly have that in Brady, but they also know how important it is to keep him protected. Enter Solder, who started 15 games this season for the Patriots, protecting Brady's blind side. He's been with New England ever since getting drafted in the first round in 2011, and the Patriots have rewarded him accordingly, to the tune of a $6 million salary this year. Tack on a roster bonus of $125,000 and a workout bonus of $31,000, and Solder is doing just fine financially. 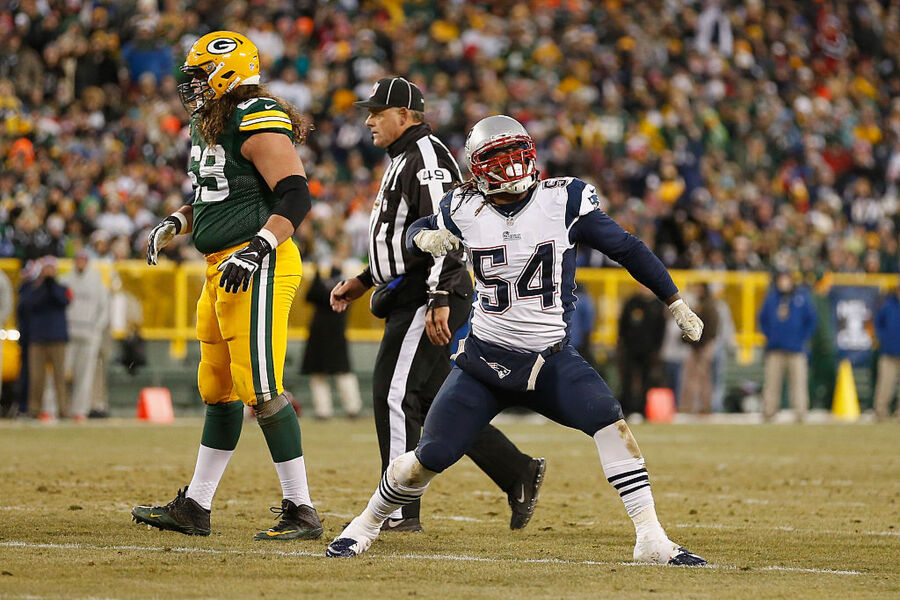 Statistically, this was one of Hightower's worst season as a pro. He finished with a career-low 31 solo tackles and had 2.5 sacks, second-lowest in his five-year career. However, his presence goes beyond gaudy numbers on the field. He was named a team captain for the first time this year, and also made his first trip to the Pro Bowl while earning second team All-Pro honors.

Sanu signed a five-year, $32.5 million deal with the Falcons this offseason. Though his salary is only $1 million, he got an additional $7 million as a signing bonus. Sanu spent the first four seasons of his career with the Cincinnati Bengals, lining up opposite A.J. Green, so he's used to defenses keying in on another receiver. Only now he has a much more accurate quarterback in Matt Ryan. Consider this: Sanu recorded a career high 59 receptions this season on just 81 targets. His best season in Cincinnati saw him grab 56 balls on 98 targets. Not too shabby. Sanu is also the only player on this list to technically be a stock, as well; he's one of a handful of NFL players who have partnered with Fantex, a brand-building company that utilizes players as "tracking stocks" while taking a 10% share of their brand value. 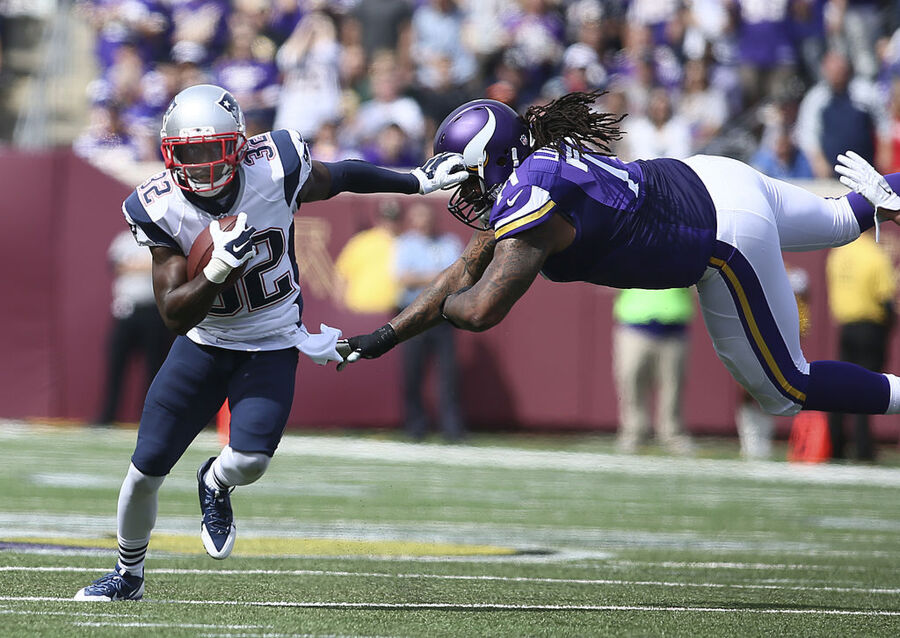 McCourty has only continued to improve since entering the league in 2010. The Patriots gave him a hefty contract in 2015: five years, $47.5 million. This season, McCourty played in all 16 games, making 66 tackles, defending seven passes and intercepting another as he earned a trip to the Pro Bowl and was named to the All-Pro second team. It's his second time receiving both honors, though his first as a safety.

Cannon, a fifth-round pick in 2011, owns the distinction of being the heaviest player the Patriots have ever drafted – he was 358 pounds at the NFL Combine. Hampered by a toe injury last year, Cannon entered this year in what he called "the best shape of his life." His strong play didn't go unnoticed. After 11 games, the Patriots gave Cannon a five-year, $32.5 million contract extension through the 2021 season. That contract includes a base salary of $3.4 million, a signing bonus of $7 million, and roster and workout bonuses of $187,500 and $100,000, respectively. 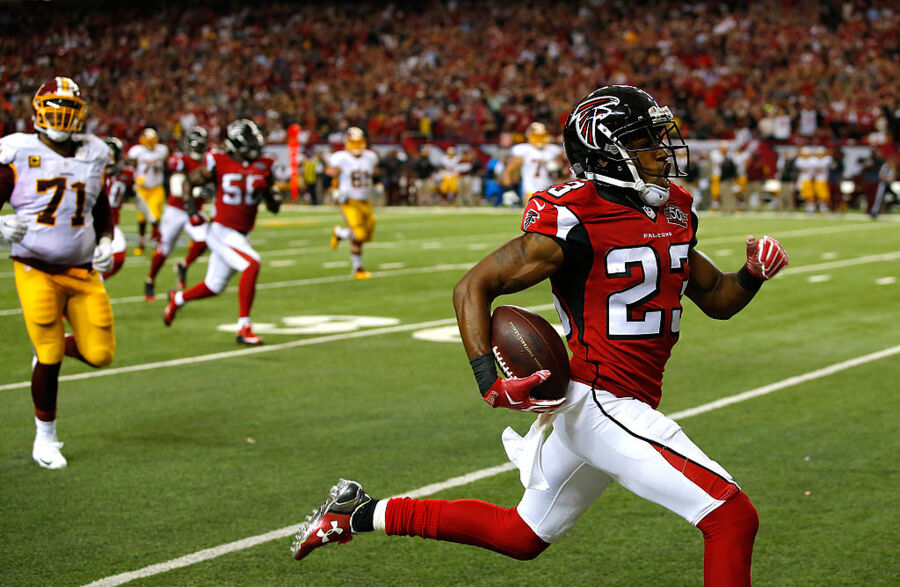 Talk about performing in a contract year. Alford played in all 16 games, recording career-highs with 50 tackles and 19 passes defended. He was going to become a free agent, but his stellar play earned him a four-year, $38 million extension. With that new deal, Alford added a whopping $10 million signing bonus to his 2016 base salary of $868,827. He'll have to continue that strong defense to slow down New England come Sunday.

A lot can happen in a year. You can go from arguably the worst franchise in football to competing in the Super Bowl. That's exactly how things went for Mack, who left the Cleveland Browns to sign a five-year, $45 million contract with the Falcons. The incredibly durable center anchored the only offensive line in football to start all 16 games together, and he picked up his fourth Pro Bowl nod along the way. Mack's salary this year was only $1.75 million, but a hearty $11.5 million salary bonus bumps him up to the No. 4 spot on this list.

When you watch Julio Jones play football, you know you're witnessing greatness. The star led the league with 100.6 yards per game, the only receiver to break the century mark in that category. The Falcons know they have something special in Jones, and they locked him up to a long-term deal in 2015 to the tune of five years and about $71.25 million. 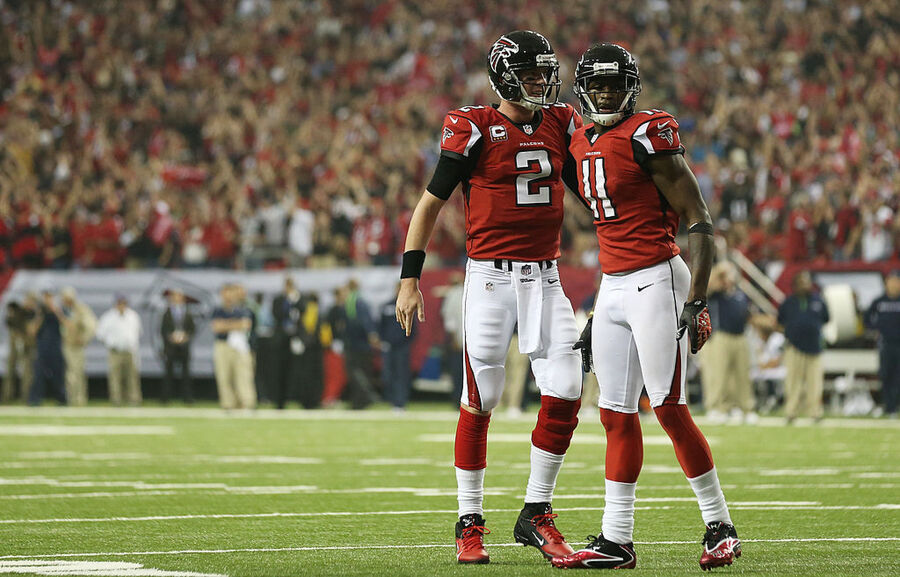 Ryan is the most expensive player on the Falcons roster, but he's been well worth the money. He's the heavy favorite for MVP, tossing for 4,944 yards, 38 touchdowns and only seven interceptions while completing just a shade under 70 percent of his passes. The Falcons were the highest scoring offense in the league this year, averaging 33.8 points per game. Ryan's leadership is a big reason why.

Are you really surprised here? Brady is the face of the Patriots and right up there in the greatest quarterbacks of all-time discussion. Brady technically took a salary pay cut to allow the Patriots to sign a few additional pieces and is earning a base of $764,705 this year. Of course, the Patriots simply shifted that money into a signing bonus, which gives Brady an additional $28 million. He missed the first four games of the season after the whole Deflategate fiasco and still put up 3,553 passing yards and 28 touchdowns, throwing just two interceptions. The Patriots actually started more quarterbacks this year than Brady threw picks. He owns all kinds of NFL and Super Bowl records, and will look to add another ring to his collection. 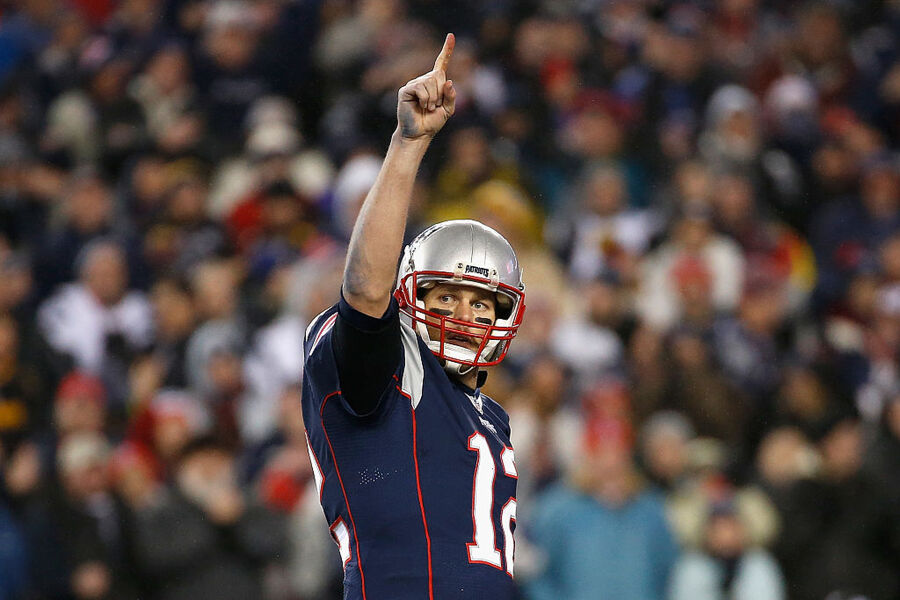