These Are The Highest-Paid Players In The NBA

It's a great time to be an NBA player. Not only is the league more popular than ever, both nationwide and across the globe, the salary cap has expanded to astronomical heights. Players all around the league are making tens of millions of dollars annually, and with the salary cap projected to soar even higher, we can expect more outrageous contracts. Here are the top earners in the league right now.

Perhaps nobody has taken advantage of the NBA salary cap more than LeBron James. Since returning to Cleveland, LeBron has signed a series of two-year contracts with a player option for the second year, effectively allowing him to opt out and re-sign every year. That gives him more money since the salary cap keeps increasing. This off-season, LeBron was a bit more committal, signing a three-year, $99 million contract with the ability to opt out in 2018. By that point, he'll likely have one more max contract left in him, so expect him to either stay with Cleveland or make one last trip to win a championship with some other superstars.

Mike Conley signed a five-year, $152.6 million contract this off-season, the largest in NBA history. That's notable because Conley doesn't exactly have a ton of individual accolades to his name. Sure, the Grizzlies have consistently made the playoffs with Conley running the team, but his lone award for on-court performance was making the NBA All-Defensive Second Team in 2013. He's also won the NBA Sportsmanship Award twice, but that seems like a modest reward for such an expensive contract. 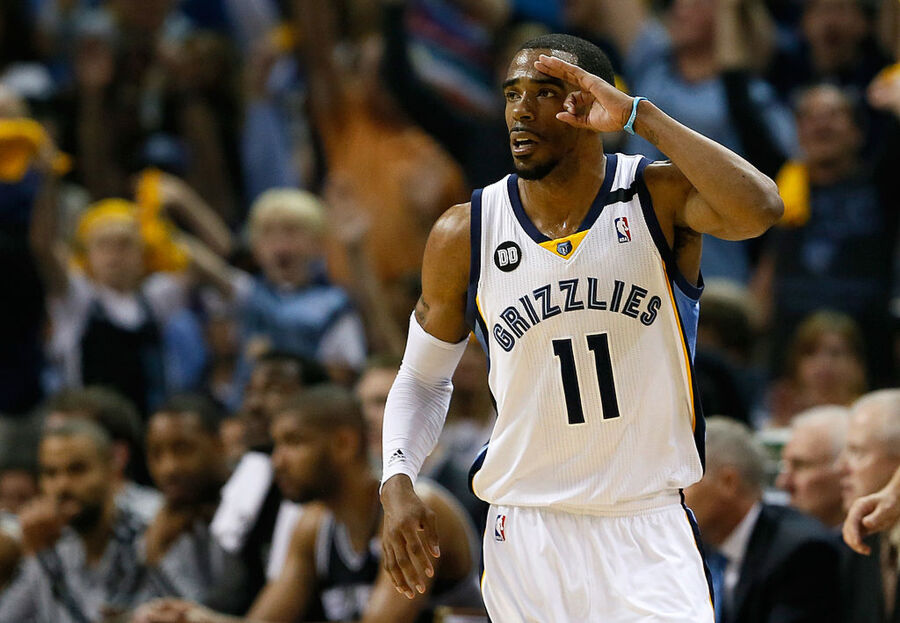 Like Conley, DeRozan's five-year contract includes an opt-out clause in 2020. DeRozan has been in the league for fewer years than Conley, though, so he can't make nearly as much yet. But don't feel too bad for DeRozan; he's still going to earn $139 million over the next five years. He's been lights out this year, too, averaging more than 30 points per game while primarily taking jump shots. We'll see if the production stays at this sizzling level, but for now, DeRozan is a big reason for Toronto's success.

This year, Harden moved over to point guard, and the results thus far have been spectacular. He's a very real threat to lead the league in both points and assists, which has only happened once before in NBA history. Harden's contract is worth $118 million, but it pales in comparison to his deal with Adidas, which is worth $200 million. 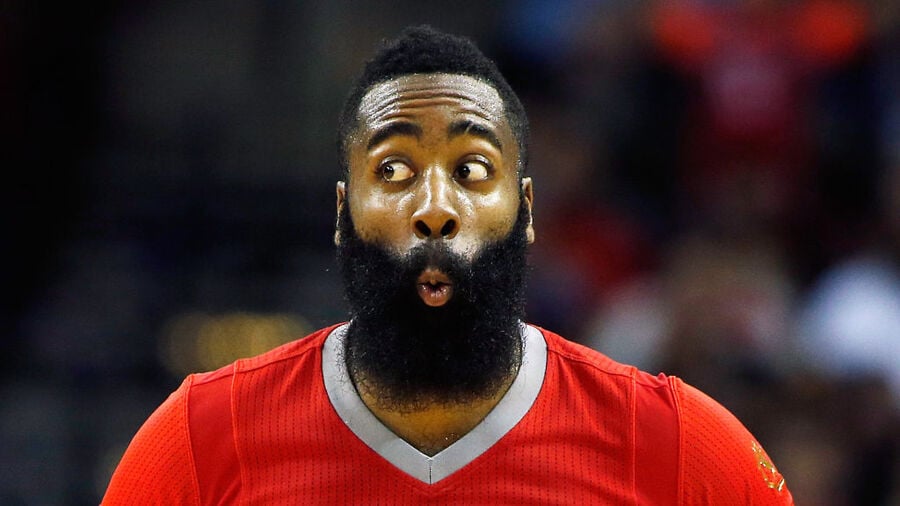 Sometimes it's better to be lucky than good. This summer, Horford was planning to sign with the Oklahoma City Thunder. Then, all of a sudden, Kevin Durant jumped ship and signed with the Golden State Warriors. That caused Horford to reconsider and he ended up with the Celtics instead, inking a four-year $113.3 million deal. He may not be a superstar, but he's a four-time All-Star and fits in nicely with the young team the Celtics have built. Horford did miss nine games earlier this season after suffering a concussion and has a bit of an injury history. Boston is hoping he's still out on the court most nights producing.

Once Durant left the Thunder, the consensus around the league was that Westbrook would soon do the same. He was slated to enter free agency in 2017, but he surprised everyone by signing a three-year, $85.6 million deal to remain in Oklahoma City. He can opt out in 2018, at which point he'll again be a top – if not the top – free agent target. Westbrook doesn't seem to miss Durant too much, either. He's nearly averaging a triple double about a quarter of the way through the season. 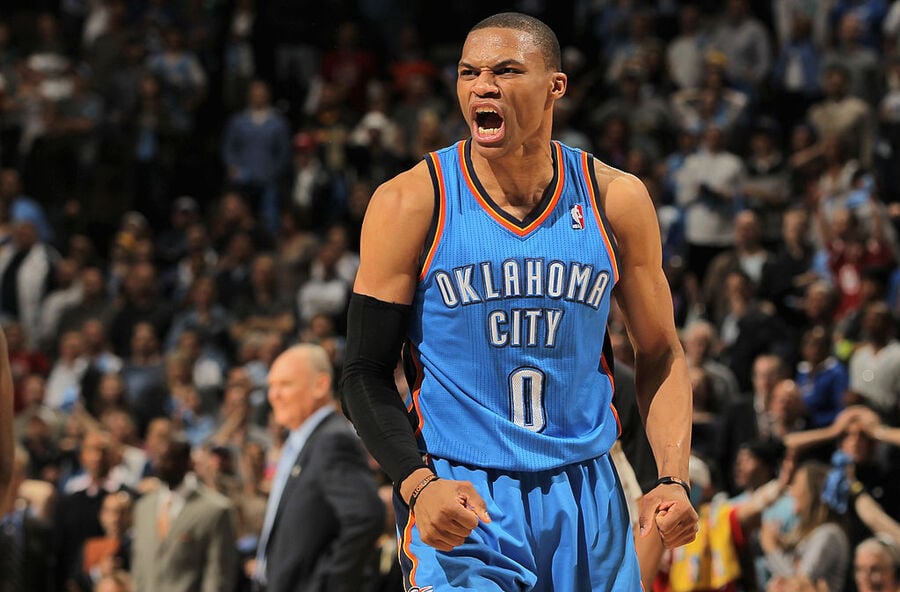 After nine years in Oklahoma City, Durant left to sign with the Golden State Warriors. The super team, which features the past two MVPs, is again tearing through the regular season, but Warriors fans may be slightly concerned that Durant can opt out of his contract at the end of this season. Chances are he's pulling a LeBron and just trying to maximize his earnings, but nothing is certain.

Since taking home his lone NBA title in 2011, Nowitzki has been giving the Mavericks a hometown discount, and the German has played every game of his career in Dallas. This year, though, he stopped taking a discount, signing for two years and $50 million. It turned out to be a good move – the Mavs are among the worst teams in the league. 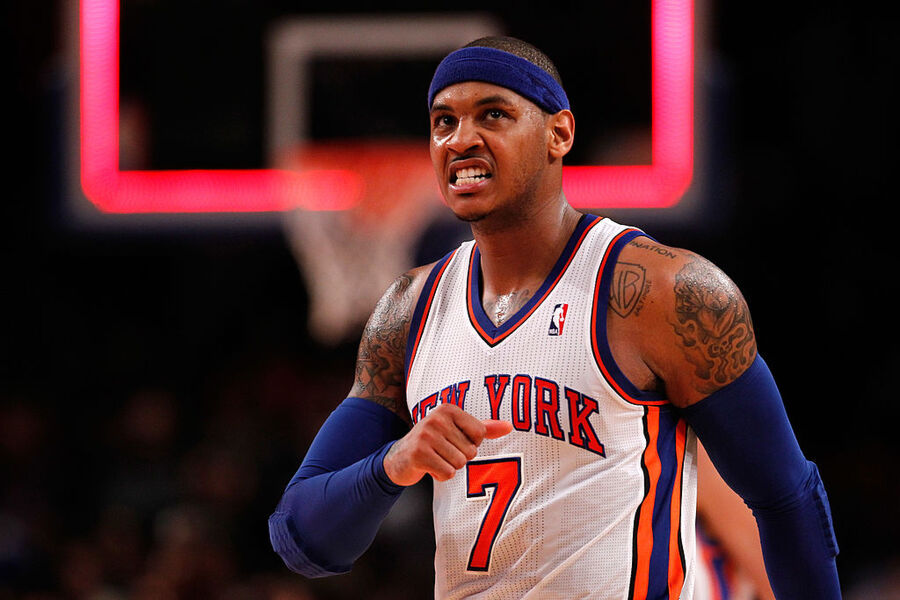 One of the stars from the 2003 NBA Draft alongside LeBron and Dwyane Wade, Anthony hasn't reached the level of success his fellow draft class members have. He's a terrific scorer but doesn't have a championship to his name, and the disarray in New York makes it seem like a title isn't going to happen anytime soon. Anthony signed his $124.1 million contract in 2014, so he can enter free agency again in 2018, but by then he'll be 34 years old with a lot of miles on his body. Will a team be willing to pay a lot of money for him at that point?

Lillard's five-year, $139.9 million contract is the second-largest in NBA history, behind only Conley's. He helped lead the Blazers to a surprising second-round playoff berth last season, and is hoping to continue the momentum this year. If all else fails, at least he's got a solid rap career to fall back on.

Bosh gets an honorable mention on this list as the 11th-highest paid player in the league. When LeBron headed back to Cleveland, the Heat locked Bosh up to a five-year, $118.7 million deal. Unfortunately, Bosh has suffered from multiple blood clots and the Heat haven't cleared his return to the court. He's likely paid his last game in Miami, even though he's still owed $76 million. Bosh has expressed a desire to continue his NBA career, but the question now is which team, if any, will take a chance on him?