Herschel Walker Purports To Have $29 – $65 Million Net Worth, Skeptics Have Questions

Herschel Walker had a fine football career. The former running back is regarded as one of the best college football players of all time, and his NFL career included two Pro Bowl appearances and two nominations on the All-Pro second team. Since retiring, Walker has kept himself busy with business ventures, and even participated in a pair of MMA fights when he was close to 50 years old.

Now, he's attempting to run for a senate seat in Georgia.

As part of his campaign, Walker had to release a personal financial report.

According to his disclosure, Herschel estimates his net worth to fall in the range of…

That range turned some heads. Including here at Celebrity Net Worth, where we had previously estimated his fortune at $10 million.

Looking a little closer at the disclosure, the largest asset in his financial report is a business listed as "H. Walker Enterprises LLC." That LLC apparently offers "business consulting and professional services." Herschel estimated that this business was worth…

But not everything is as cut and dry as it seems. 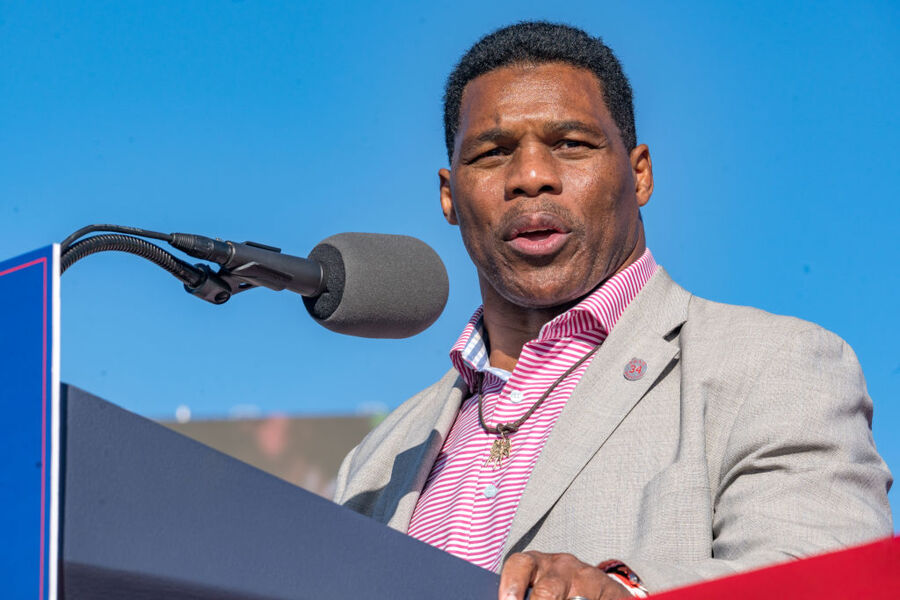 A closer look at Walker's filing reveals some confusing information. The financial form didn't list a single entity — whether a person or a business — that paid his business the minimum of $5,000 for services rendered. How could something that apparently did not earn even $5,000 in a recent year be worth $25 – $50 million?

Walker did report some earnings from the past year, but they went to him directly and not his business. He reported $415,000 from giving speeches and $331,589 to serve as a national spokesman for multiple companies, including Herschel's Raw Talent, 34 Promotions, Patriot Support Programs, and Renaissance Man. Walker is also listed as a "Trustee" for Renaissance Man, earning $100,000 in salary.

In fact, some of Walker's businesses he claims to have ownership in might not even exist at all, or he's not as involved as he seems to be. The Daily Beast did a deep dive into his filing and found some falsehoods in his claims. As they report:

According to The Daily Beast's findings, none of these claims appear to be true currently or ever previously.

After a series of conflicting statements and reports, Walker — who has received an endorsement from former President Donald Trump — may not be earning as much as he claims.

It's very likely Walker is exaggerating the $25 to $50 million valuation of his business. The same exact way Donald Trump estimated his net worth to be $12 billion but when you drill down into the details, you notice he was valuing his image and IP at $10 billion.

If you remove the $25-50 million value range from Herschel's overall net worth, Walker's wealth drops quite a bit. Instead, his net worth seems more in the $5 million to $10 million range — a far cry from what he reported in his filing.