Here's One Major Reason Why So Many NFL Players Go Broke

The story of a professional athlete going broke soon after their playing days are over – or sometimes even during their careers – is nothing new. In fact, a recent Sports Illustrated article suggested 78 percent of NFL athletes are either completely broke or under financial stress within two years of retirement.

Think about that for a minute; statistically speaking, only one of your five favorite players won't go broke.

It's pretty sobering to consider that fact. However, the general public isn't always so considerate of these players' situations. They wonder why, if they're making millions of dollars, how come they go broke? Plenty of people manage on salaries that are much smaller, without the luxury of having endorsement deals to fall back on, they think.

But here's the thing that's easy to forget: players typically don't make money during the off-season. With only 17 weeks during the regular season, that's more than two-thirds of the year when a player might not get paid.

Can you imagine trying to budget your money for eight months without any income rolling in? Some are able to manage their finances for the long-term, or maybe don't spend very much money during their playing days. It's a lot more difficult on the other end of the spectrum, when you're used to spending lavishly or providing money to friends and family, to all of a sudden have to cut that back.

Even if a player does manage to live off his money from the season, it's tough to maintain that over several years. When players retire, they might not have nearly as big a nest egg as they thought they would. 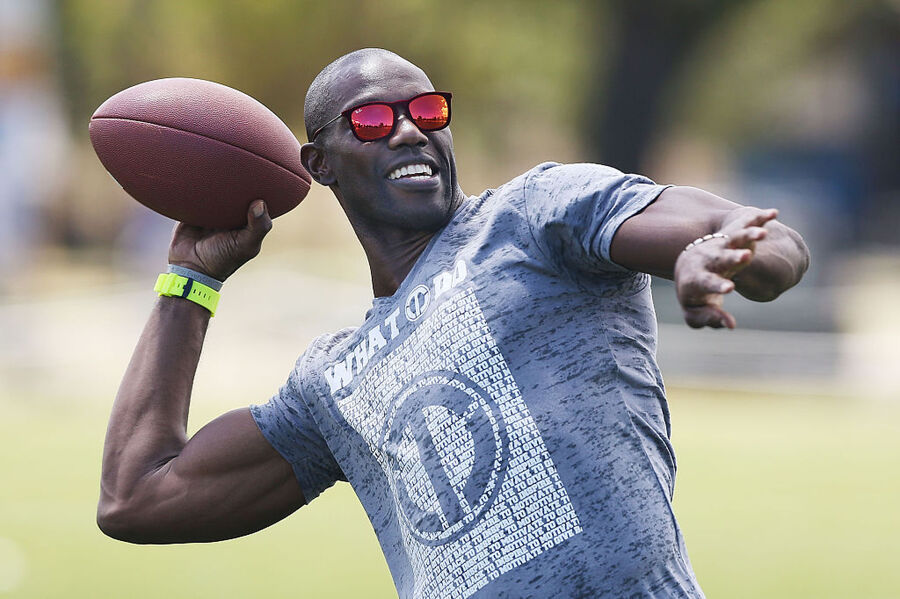 Remember, too, that because they're in a higher tax bracket, athletes have to pay more in taxes. Federal taxes alone are nearly 40 percent, and that's not counting any state income taxes tacked on. $6 million seems like a lot, but when you only end up with half that, it's a lot easier to blow through. Philip Rivers of the San Diego Chargers is the highest-taxed player in the league, as California has the highest state-level tax in the country for its highest tax bracket. Rivers loses more than 53 percent of his salary to taxes.

Oh wait, there's more. These players often have to pay taxes if they play a single game in another state. Counting the postseason, that can be up to 12 tax returns filed in different states for one single player. If you thought doing your taxes once was a headache, imagine doing it another 11 times!

Let's see how this unfolds for an actual player. We'll take the recently retired Peyton Manning, who made $15 million with the Denver Broncos last season – actually taking a pay cut from the $19 million he was scheduled to make. $15 million over the course of 17 weeks is just about $882,353, which was Manning's weekly salary during the season.

Of course, that's assuming taxes don't come into play at all. They do. First, let's remove the 40 percent Manning owes with federal payments. Already, he's given $6 million to Uncle Sam, so he's down to $9 million net pay for the season. Still, not too shabby, right?

Well, let's go through the states. Colorado just has one flat tax rate for everyone: 4.63 percent. That's another $367,676 taken out of Manning's paycheck for the eight games he played at home, plus the one bye week. We also have to consider where he played on the road during the season. The Broncos had road games in Kansas City, Detroit, Oakland, Cleveland, Indianapolis, Chicago, San Diego and Pittsburgh.

We'll tackle the states without tax brackets first. Michigan (4.25 percent), Illinois (3.75 percent), Indiana (3.33 percent) and Pennsylvania (3.07 percent) all have flat rates, so Manning is paying the same percentage on his game day earnings as anyone else in the state. Of course, the percentages are of a much larger chunk of change. When these four states' taxes are added up, Manning is taxed $127,058.

It's California that really gets Manning, especially since he played two games there. His two-game pay for playing the Raiders and Chargers on the road is $1,764,706. As he's a member of the largest tax bracket in California, he's taxed 13.3 percent of that, or $234,706. Yikes!

Add all of these taxes together, and Manning's $15 million quickly drops to just $8,170,590 for the regular season. While Manning has plenty of endorsements and other deals to fall back on, it's a good reminder that a lot of these athletes think they have plenty of money, when in reality they're giving nearly half (or sometimes more) of it to taxes.

Long postseason runs don't really add much to a player's salary, either. This past year, players on teams who won their division and participated in opening weekend games netted another $25,000. Wild card teams who made the postseason earned $23,000 per player. Likewise, the Divisional Round matchups only gave out $25,000 per player on each team. Both Wild Card and Divisional Round money is less than what a player making the minimum salary in the NFL ($435,000) earns per week ($25,588).

For the four teams who made the Conference Championship (in this case, Denver, New England, Carolina and Arizona), players on those teams earned an extra $46,000.

The salaries of NFL players are a lot less cut and dry than it initially seems. Hopefully, they all pay estimated taxes during the year so they're not hit with a huge lump sum when tax season rolls around. Especially because they'll already be a few months without a paycheck. And that's a combination that can quickly lead to bankruptcy.