If you ask most people about the first thing that comes to mind when they think of professional athletes, they'll probably tell you "money." Yes, most professional athletes in the four major sports leagues (NFL, MLB, NBA, and NHL) make exponentially more money than the average Joe, even those who make the minimum salary. But despite all of the money at the disposal of these athletes, many of them have no idea how to save or invest, which leads to many of them going broke soon after their retirement. According to Sports Illustrated, a whopping 80 percent of NFL players go broke three years after their retirement. So it's noteworthy when we hear of an NFL player doing everything in his power to SAVE his money.

Darrius Heyward-Bey is an eight-year NFL veteran and currently a wide-receiver for the Pittsburgh Steelers. While he has never been a Pro Bowl caliber receiver in the NFL, his financial portfolio would put him in the Hall of Fame. According to the 29-year-old receiver, he's saved most of the $35 million he's earned over the course of his NFL career. And he credits his mom Vivian, who has been a certified accountant for over 20 years, with helping him do so.

"I get an email [from her] every Tuesday," says Heyward-Bey. "I can read it over, check it up. I see where the money is going." He also pays his mom a commission for her work. 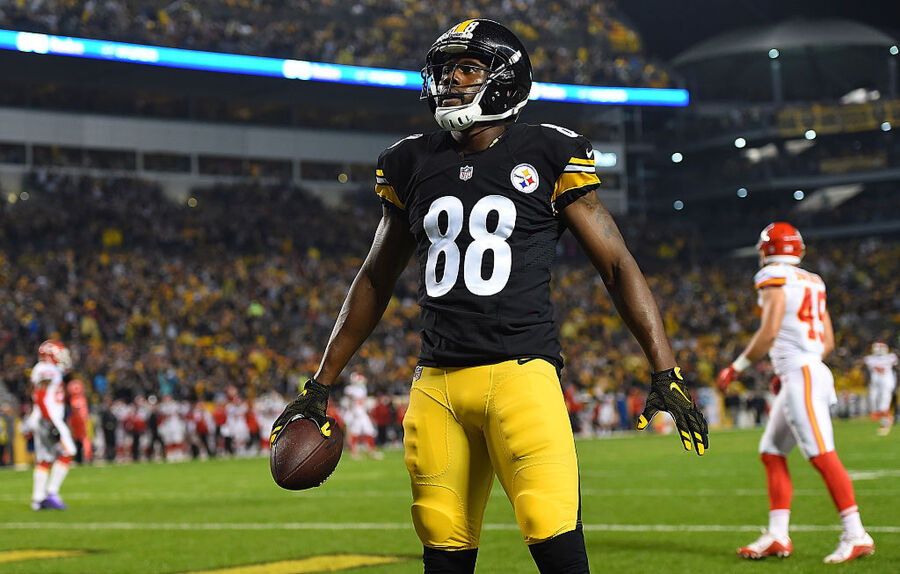 He also gives himself a monthly allowance which he and his mother came up with. While he declined to say exactly how much his allowance is, he says that his money continues to grow because he doesn't spend a lot.

"I don't have any kids and I'm not married, so the money I spend is on me. It's really easy to say no to myself," said the receiver. "I keep things real simple. I'm not really a flashy guy. I understand what I want to buy. I invest my money well and pay my taxes." He also added that he shuts off the cable in his California home for half of the year because "nobody's there watching TV.

The 29-year-old made a majority of his money while playing for the Oakland Raiders on his rookie contract, which paid him $30.3 million over the course of four years. His performance on the Raiders didn't warrant him receiving another monster contract, but he signed with the Pittsburgh Steelers back in March to a three-year $3.8 million deal.

With his smart money habits, we don't doubt that he'll be able to make his money last long after he decides to hang his cleats up.