Draft picks exchange hands in the NBA all the time. If a trade appears to be favoring one side, that team might throw in a future pick to even things out. Sometimes the trades have protection – it may need to fall outside the lottery to convert, for example – or maybe the pick won't happen until several years down the line. With picks moving constantly, it can be tough to keep up.

And sometimes, you just may trade for a pick you already owned.

During this year's NBA Draft, the Phoenix Suns traded Zhaire Smith (the 16th pick) and a future first-round pick in 2021 to the Philadelphia 76ers for Mikal Bridges (the 10th pick). 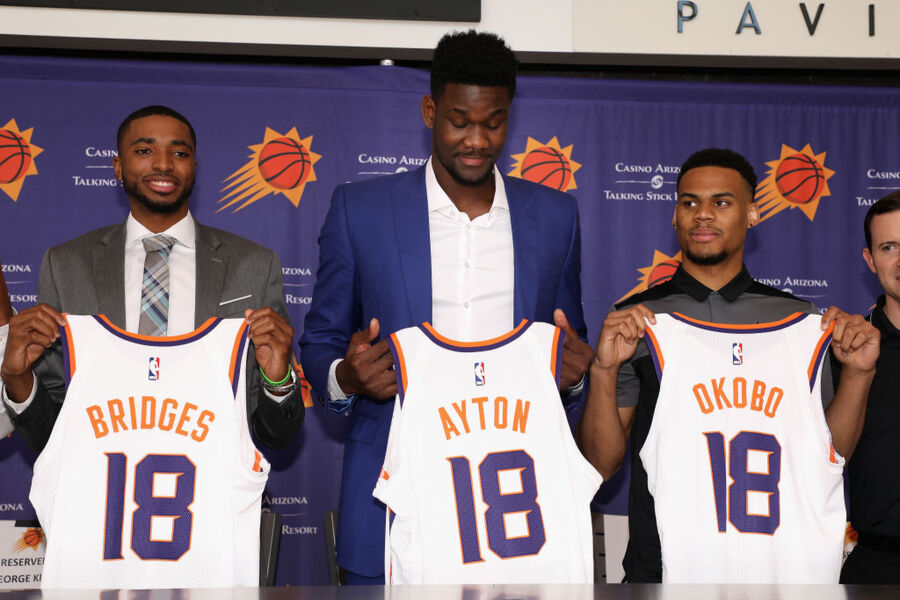 But to fully understand the comedy of that trade, let's jump back to the 2015 trade deadline. The 76ers traded Brandon Knight (a player they had just acquired in a trade with the Bucks earlier that day) to the Suns for a future Lakers draft pick. The Suns had obtained that pick when Steve Nash went to the Lakers during the 2012 offseason.

The Lakers pick had protections on it through 2017. Those protections were met each of the past three years, so it finally converted to the 76ers this year.

That same day the Suns traded Goran Dragic to the Miami Heat for two future first-rounders. One was an unprotected pick in 2021 while the other had protections on it in 2017, so it also converted this year.

That means the Suns essentially made a trade for a pick they already owned. They dealt Goran Dragic and two first-round picks – in the form of Smith and the upcoming Heat pick in 2021 – to secure a player (Bridges) drafted with the Lakers pick they dealt in 2015.

If Bridges turns out to be a superstar, Suns fans will forgive this poor asset management. But this is a franchise that sold its first-round draft pick on multiple occasions to avoid paying the luxury tax. It doesn't have a great track record.

Meanwhile, the Sixers made out like bandits, getting two first-round draft picks for Brandon Knight, who's played in just 117 games since that trade and is currently recovering from ACL surgery. The NBA sure is strange sometimes.