Here's How Scottie Pippen Could Have Nearly Doubled His NBA Earnings

The second part of The Last Dance documentary featured a lot of Scottie Pippen. By most accounts, Pippen was one of the greatest small forwards to ever play in the NBA. He's a two-time Hall of Fame inductee (for his individual career and as a member of the Dream Team), has his number retired by the Bulls, a seven-time All-Star, and a six-time champion.

The documentary also covered how Pippen signed a contract that looks almost criminal in hindsight. In 1991, the Bulls gave Pippen a seven-year, $18 million deal – less than three million dollars per year. That's an incredibly low price to pay for one of the NBA's 50 best-ever players.

In the documentary, Pippen talked about how his large family grew up in Arkansas without very much at all. The security of a contract gave Pippen peace of mind, so he signed the long-term deal instead of betting on himself. When he greatly outperformed the original deal, the Bulls refused to give him a raise. That led to Pippen's departure, which was a part of the Bulls dynasty coming to an end.

Pippen played for only one season in Houston before moving to the Trailblazers. Pippen did eventually return to Chicago, earning $10 million for one year. And he only played 23 games that season!

Imagine if he hadn't signed that long-term deal and instead inked a few smaller contracts. Here's how it could have played out. 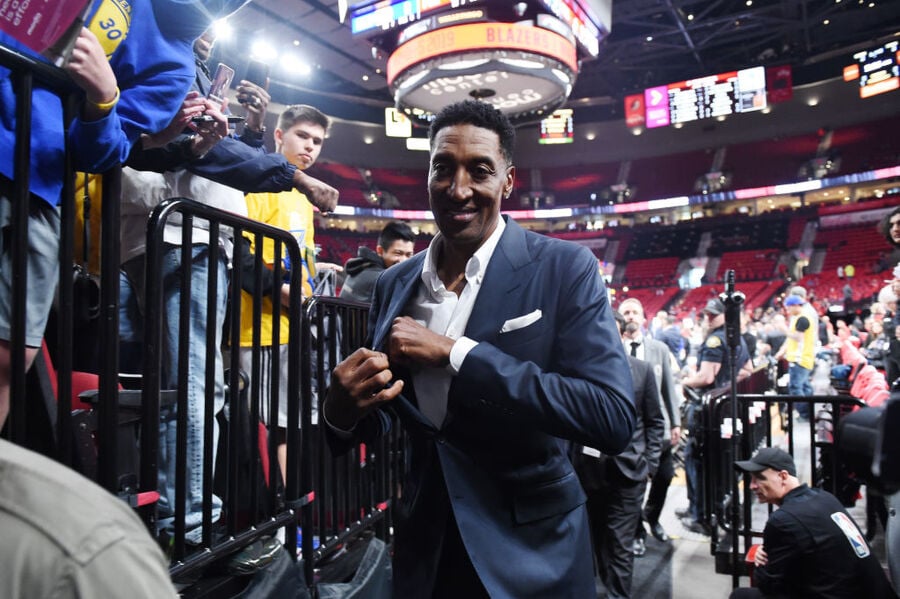 It's the summer of 1991. Pippen, 26, is fresh off his best season. He averaged 17.8 points, 7.3 rebounds, 6.2 assists, 2.4 steals, and shot 52 percent from the field. Back then, there were no maximum salaries for a player; those weren't introduced until 1999. However, Bird Rights were already a thing, which meant teams could go over the salary cap to re-sign their own players.

In this scenario, the Bulls sign Pippen for that $18 million, but for only three seasons. That would put him at an average of $6 million, which would be among the highest in the league, but he was a valuable part of the team, which won three championships and brought in a ton of revenue for the franchise.

Now it's 1994, and Michael Jordan is retired. Pippen becomes the star player on the Bulls and signs a back-loaded two-year deal, worth $30 million. He's the second-highest-paid player in 94-95, and then the third highest-paid in 95-96 because Jordan returns with a shiny big new deal.

That leaves us in 1996. Pippen has already made $48 million over five seasons, but he sees what Jordan has done financially, and he's intrigued by it. Jordan, coming off another championship, signs a one-year deal worth more than $30 million. It's more than double what the next player is making – until Pippen asks for something similar. He doesn't need to make as much as Jordan. $25 million will do.

The Bulls win another championship, and all is well going into the 1997-98 season. That is, until Bulls general manager Jerry Krause tells Phil Jackson it's his last year of coaching, no matter what. Jordan, who has publicly said he won't play for another coach, raises his salary demands. Like Jordan, Pippen gets a $3 million raise, giving him $28 million for his final season in Chicago. Instead of being the 122nd highest-paid NBA player, Pippen keeps his hold on the second spot.

In this scenario, the Bulls still win six titles in eight years and make their case for the greatest dynasty of all-time. The biggest difference: Pippen gets paid appropriately, making $101 million over seven seasons. That still seems low compared to the massive contracts of today but would be more in line with what the top players were making at the time, especially towards the end of the dynasty.

Of course, as we noted above, if Pippen got raises, Jordan would also have to be paid more. And perhaps if their asking prices got too high, the Bulls might not have been able to build a meticulous dynasty.

Even so, it's fascinating to wonder what might have been had Pippen bet on himself.