Here's How Much The Top NBA Draft Picks Will Make

The NBA Draft represents a dream come true. After all, this is what you've been working for. Playing hoops in the driveway, traveling to youth leagues, and starring in high school and college – it all leads to this moment. When your name gets called, your entire world changes.

Zion Williamson, the No. 1 overall pick, will sign with the New Orleans Pelicans. Williamson will make about $44.2 million over four seasons.

No. 2 pick Ja Morant, taken by the Memphis Grizzlies, will make about $40 million over four years. The Knicks, who took RJ Barrett with the No. 3 pick, will earn $36 million during the next four seasons. 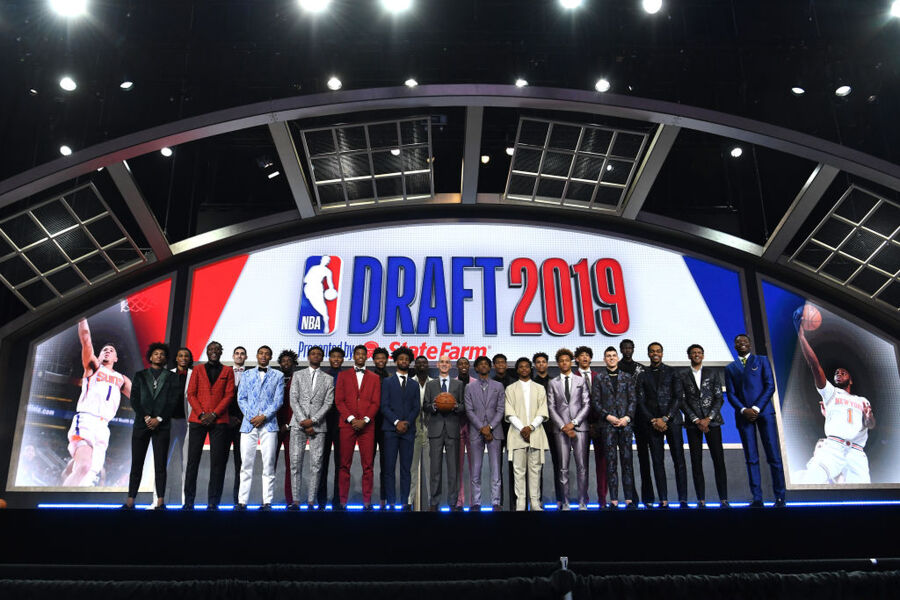 All first-round draft picks have guaranteed two-year contracts, with team options for years three and four. The rookies are paid on a sliding scale, based on where they're drafted. Each player can make between 80 and 120 percent of their base salary. Since most teams don't want to alienate their picks before they've even played a game, they're willing to offer that 120 percent.

Even the final pick of the first round, USC's Kevin Porter Jr., will make just under $10 million (about $9.94 million) in his first four seasons.

Second-round picks don't have a sliding scale, so teams and players agree on terms they believe are fair. Usually, the deals are only for two or three years and worth a few million dollars.

While the first-round picks have a fixed salary, their earnings off the court can be sky high. A guy like Williamson, who's got a big smile and engaging personality, has apparel companies lining up to sign him to an endorsement deal. Williamson could sign a shoe deal worth $100 million.

Nike, Adidas, Puma, and New Balance are the main American companies vying for Williamson's services. He's in such high demand, though, that even international companies are getting into the mix. Multiple Chinese brands, including Anta – endorsed by Golden State Warriors guard Klay Thompson – have expressed interest in signing Williamson.

Williamson has already had a viral history with shoes. He burst through his Nike shoe just seconds into a primetime game against North Carolina. Let's just hope whoever wins the bidding war can account for his exceptionally strong feet.

For now, the league's incoming rookies are gearing up for their first taste of NBA life. And with their new salaries, that life sure does taste pretty sweet.