Here's How Much The 2021 NFL Draft Class Will Make

The 2021 NFL Draft took place last night at the Rock and Roll Hall of Fame in Cleveland. And after more than a year of the pandemic, the draft was fairly…normal. Yes, there were still masks present, and Kings of Leon played for about 15 minutes past the event's start time. But it was nice to see a bit of familiarity during draft night.

Another familiar sight was an NFL team taking a quarterback with the first overall pick. For the fourth year in a row and the sixth time in seven seasons, a QB was the top name off the board. This year, the Jacksonville Jaguars took Clemson's Trevor Lawrence. As a result, Lawrence will sign a contract larger than any other 2021 rookie.

NFL first-rounders have followed a rookie scale since 2011. Before Cam Newton went number one that year, rookies could sign as large a contract as a team would allow. Instead, they'll get a set contract and signing bonus based on where they were selected. Spotrac has estimated what each 2021 draft pick will receive. 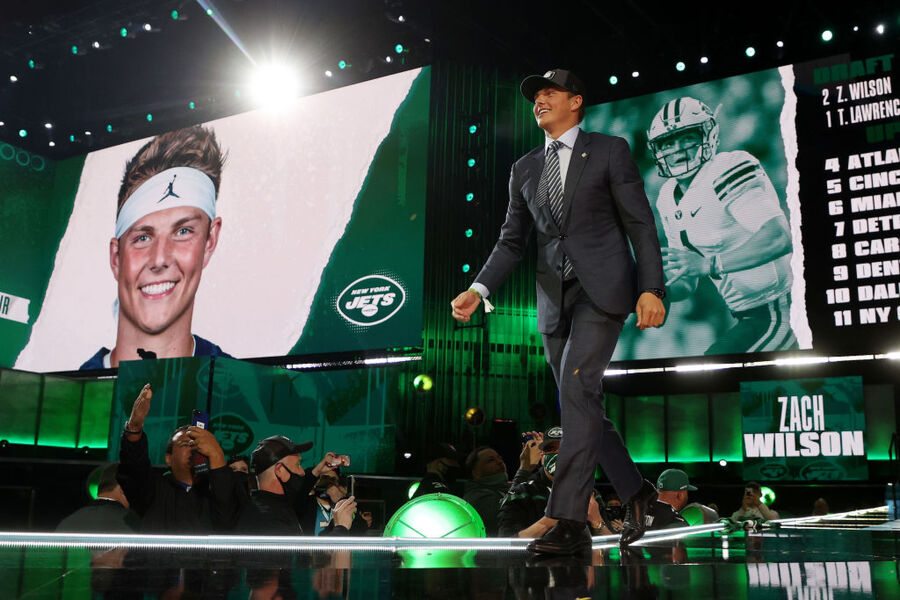 Toward the middle and end of the first round, the gap in salary decreases between picks. But the discrepancy between the top five and everyone else is pretty sizable. Take a look at what the top five picks will earn from their rookie contracts:

Those are all sizable contracts with solid signing bonuses. Even if these picks somehow flame out by the end of their rookie deals, they'll all make at least $30 million.

Starting with the sixth pick, the difference in salary becomes a bit more sizable from the top five. Here's what the sixth through tenth picks will earn:

Of course, if these players truly excel, they'll have the opportunity to sign massive contracts later on in their careers. By the time the rookies hit free agency, it's likely the average deal will be worth more money.

Quarterbacks like Lawrence, Wilson, and Lance can probably score a deal worth nine figures if they put up strong numbers in their first few seasons.

For now, they're enjoying the magical experience of being selected in the NFL Draft. And they're providing their new teams with hope and excitement of potential greatness to come.