Stephen Strasburg is a World Series champion. The Washington Nationals were the only team he's ever known, but after winning a ring, he wanted to see what else was out there. He entered free agency this offseason, though it didn't take him long to return home.

And he's setting an MLB record in the process.

Strasburg and the Nationals agreed to a seven-year, $245 million deal. At the time, it was the largest contract for a pitcher in MLB history, surpassing David Price's seven-year, $217 million contract with the Boston Red Sox. The average value of $35 million per year is also a league record.

The deal includes $80 million in deferred money, which averages out to about $11.4 million per year. The deferrable portion of the contract is payable from 2028 to 2030. 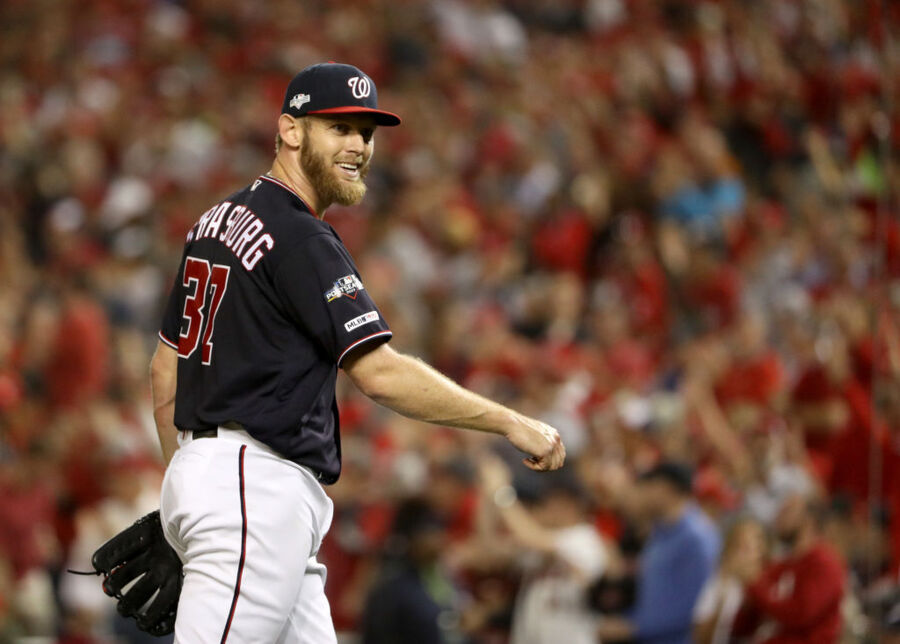 Strasburg had opted out of the remaining four years of his previous deal to enter free agency. He won a career-high 18 games last season, throwing 209 innings in the process.

The Nationals selected Strasburg with the No. 1 pick in the 2009 draft. And though he's experienced several injuries throughout his career, Strasburg put together a spectacular season – and maybe an even more impressive postseason.

The 31-year-old became the first pitcher to win five games in the playoffs without losing. He struck out 47 batters and had a 1.98 ERA. In the World Series, Strasburg won two games against the Houston Astros and was named World Series MVP.

Strasburg is already the first No. 1 pick to win the World Series MVP, and now he's the highest-paid pitcher ever. Nats fans can't wait to see what he does for an encore.