After Dwayne Haskins was spotted attending a party without a mask last week, it seemed like his time in Washington was short. The Washington Football Team removed his captain status but decided to give him one more shot under center. He didn't even make it through the full game, getting benched for fourth-string quarterback Taylor Heinicke after throwing for only 154 yards and two interceptions.

The following day, the Washington Football Team released Haskins, who they hoped could fill in for a few weeks while starter Alex Smith recovered from an injury. Haskins didn't play as well as expected, and the amount of money the team will owe their former quarterback all depends on if another team signs him or not.

Haskins is owed $4.266 million over the next two seasons. He'll make that money either way, regardless of if he's signed by another team. 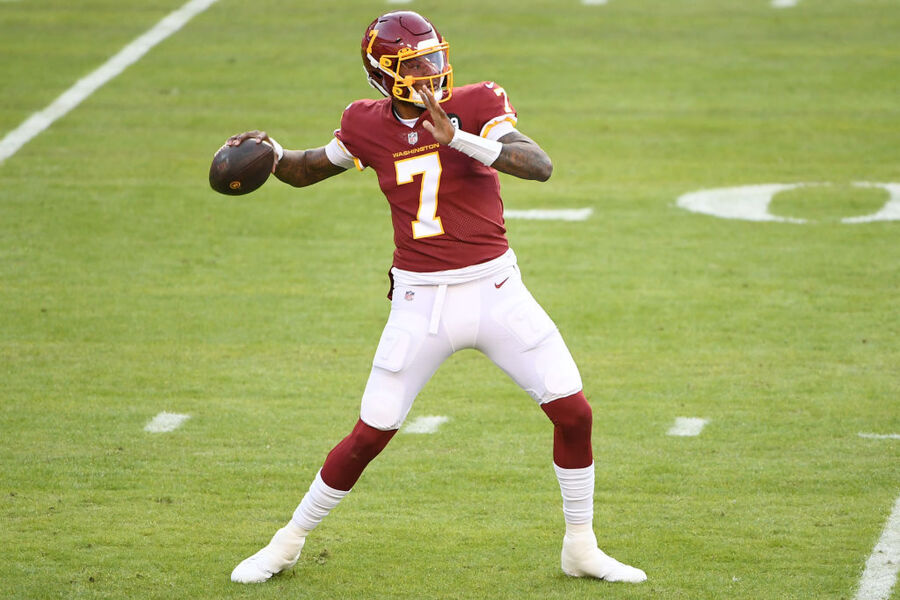 That seemingly small tidbit of where Haskins ends up is going to loom quite large for Washington, however. As Grant Paulsen of NBC Sports and The Athletic notes, if any other team signs him, Washington will owe $4.3 million in dead money. If he goes unclaimed, that dead cap number balloons to $8.5 million for the 2021 season.

Haskins, meanwhile, is hoping to get another chance elsewhere. That's not a sure thing, of course, but it's likely some other team will take a flier on him. He was a first-round pick, after all, and at just 23 years old, he's still got plenty of time to grow.

However, it's also possible teams are scared off by what they saw in Washington. And if they are, it could wind up costing the Washington Football Team a huge amount of money.