Last May, John Beilein signed a four-year deal to join the Cleveland Cavaliers. The 67-year-old coach had only led teams at the college level, but he seemed like a great fit. After all, the Cavs young roster would be eager to learn and Beilein's college background would serve him well.

Instead, Beilein's style almost immediately clashed with his new team, and several incidents throughout the season only increased the tension on both sides. After just 54 games and a 14-40 record, Beilein and the Cavs mutually agreed to part ways.

Even though Beilein made this decision, it's going to cost him more than $12 million, per The Athletic. 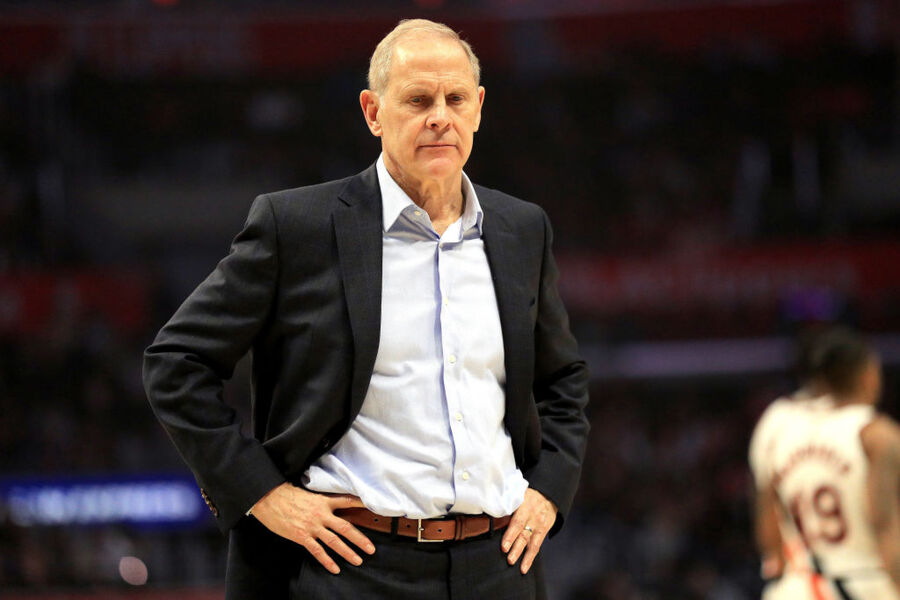 "I find losing very challenging and this year has taken a much bigger toll on me than I expected. I grew concerned for the consequences this toll could potentially take on my own health and my family's well-being down the road," Beilein said in a statement. "I was not certain I could be at my best for the remainder of the season and in the future. That would not be fair to the players, coaches and support staff."

League sources have suggested the relationship was doomed from the start. Players reportedly grumbled that Beilein made them watch too much film and had them practicing too much.

In January, Beilein also said his players were "no longer playing as a bunch of slugs." He claimed he meant to say "slugs," as in they had been moving too slowly. In response, players began playing songs with the word "thug" prominently featured in the locker room and during practices.

Beilein last coached at Michigan, where he led the Wolverines to a 278-150 record over 12 seasons. The Wolverines reached the championship game in 2018.

Assistant coach J.B. Bickerstaff has replaced Beilein, who will remain on the Cavaliers staff in some capacity.

The choice ultimately came down to Beilein's health and mindset; he felt coaching was putting a strain on that. It may prove beneficial in the long run, but saying goodbye to $12 million has to hurt even more than losing on the court.