The Indianapolis Colts traded for Carson Wentz last year with the belief that the former No. 2 pick could show some of the strong play he flashed while with the Philadelphia Eagles. But, as has been the case throughout his career, Wentz struggled with consistency.

Two weeks before the postseason began, the Colts looked like a lock for the playoffs. Then, they lost to the Las Vegas Raiders and the Jacksonville Jaguars (the latter finishing as the worst team in the NFL) in back-to-back games and tumbled to a disappointing finish.

Though a decision on Wentz's future has yet to be made, reports seem to point toward the Colts releasing him sometime between March 16 and March 19. The former date is the start of the new league year; the latter is when another portion of Wentz's contract becomes guaranteed. 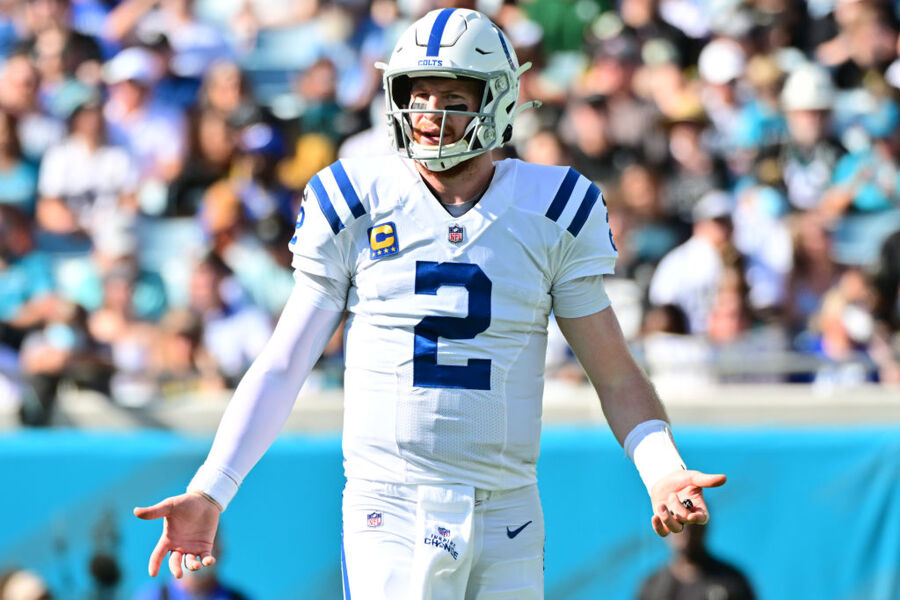 If the Colts release Wentz in that timeframe, they'll save about $13.2 million in cap space. Wentz is due $28.3 million next season, including $15 million in guaranteed money—which is only guaranteed if he's on the roster beyond March 19.

Back in 2017, Wentz was looking like an MVP candidate, finishing with 3,296 passing yards, 33 touchdowns and only 7 interceptions in 13 games. But he got hurt toward the end of the season, and his backup Nick Foles led the Eagles to a Super Bowl championship.

Since that season, Wentz has had to battle other injuries and heightened expectations in Philadelphia. The tension within the locker room increased until the best course of action was to part ways. It's looking like deja vu with the Colts after just one season.

The Colts can also trade Wentz and are certainly exploring all offers. The biggest question will be if any other options are an upgrade. Wentz finished this season with 3,563 passing yards, 27 touchdowns, and 7 interceptions—not terrible numbers, particularly for a quarterback in a run-first offense.

The free-agent market won't have a lot of available starting-caliber quarterbacks, and this year's draft isn't projected to have as many franchise signal-callers, either. Aside from Russell Wilson, Jimmy Garoppolo, and possibly Aaron Rodgers and DeShaun Watson, the trade pool for quarterbacks is likely pretty minimal, too.

This next month will be fascinating for both Wentz and the Colts. If he's still rostered by March 19, he'll collect $15 million. If not, he'll have to try and score another deal somewhere else.