Here's How Much Jerry Jones Thinks The Dallas Cowboys Are Worth (Hint: It's A Lot)

After a 28-14 home loss against the Tennessee Titans earlier this month, the Dallas Cowboys looked dead in the water. But the team has turned its season around, racking up three straight wins. They now sit atop the NFC East and control their own playoff destiny.

The Cowboys owner recently said in an interview that he thinks the Cowboys are worth $10 billion. And he has no plans to sell them anytime soon.

Check out what Jones had to say: 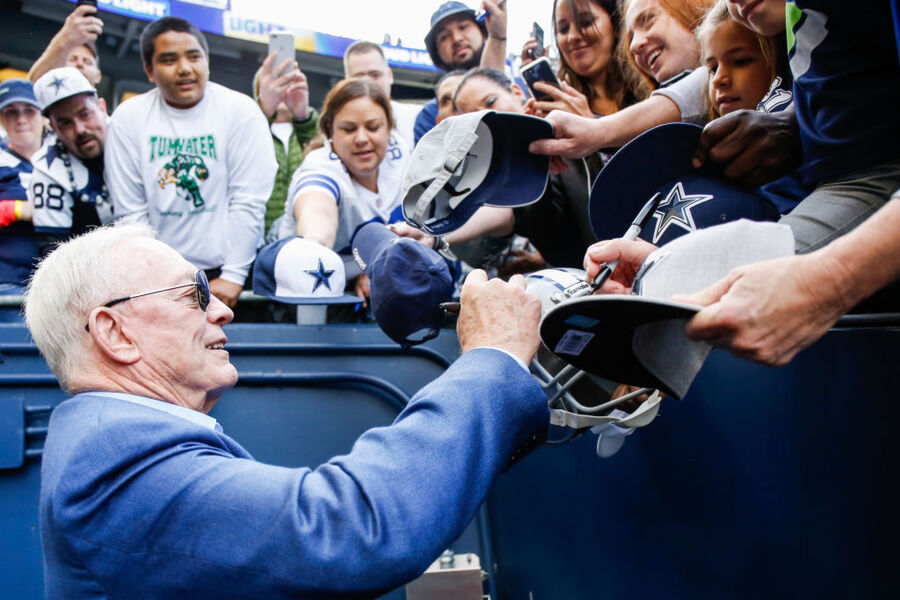 "If I had to sell the team tomorrow I wouldn't accept anything less than $10 billion. But I don't want to imply that I would take $10 billion for them. The Cowboys are just not for sale. They're a long-term asset and my immediate family – which has been a part of making them what they are today – they'll own the Cowboys long after I'm gone."

Jones added that he doesn't think $10 billion is unreasonable, and he'd rather have the Cowboys than the money. And with exciting players like Ezekiel Elliott and Amari Cooper, it makes sense to hold onto his investment.

By his estimate, the Cowboys are worth more than double than any other franchise. Is that crazy? Probably. But the Cowboys are already among the most valuable sports franchises in the world. And the more they keep winning, the more valuable they'll become.