Dak Prescott just signed a massive deal with the Dallas Cowboys. The contract was years in the making, with both sides going back and forth. The Cowboys slapped the franchise tag on Prescott last season; that gave him plenty of money, but no job security.

So signing the four-year, $160 million extension was a big sigh of relief for Prescott. The contract includes a $66 million signing bonus (an NFL record) and a guarantee of $126 million.

Thanks to the way the deal is structured with all that guaranteed money – and a favorable living situation – Prescott will make nearly as much in guaranteed money as Patrick Mahomes, who signed a record-setting, ten-year extension with the Kansas City Chiefs last year that included $141,428,000 in guaranteed wages.

If Prescott chooses to live in Texas, he'll have the benefit of no state income taxes. As Sportico first reported, that means he'll keep a little more than $75.5 million of his $126 million guaranteed salary. 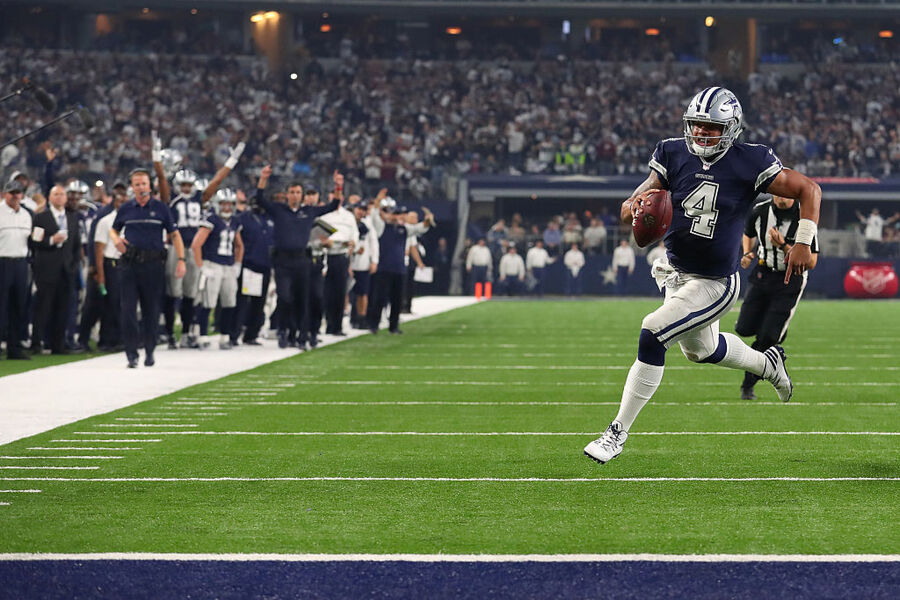 Mahomes presumably lives in Kansas City, which means he'll pay 5.4% in income taxes and 1% in local income tax. And when you're earning hundreds of millions of dollars, that percentage equates a significant chunk of change.

Prescott doesn't get off scot-free, of course. As a part of the highest tax bracket, he's still giving 37% of his earnings to federal taxes. Jock taxes are also always prevalent. And even though Texas doesn't have state income tax, there are local and sales fees, too, which can reach as high as 8.25%.

These numbers are also only considering the guaranteed portions of each quarterback's salary. If they play through their entire deals on their respective teams, Mahomes will earn a much larger amount overall.

Still, this comparison shows the benefit of living in a state with no income tax. And that plays out very nicely for Prescott.