Here's How Much Anthony Joshua And Andy Ruiz Jr. Can Make From Their Upcoming Rematch

Back in June, Andy Ruiz Jr. was a little known fighter from Mexico. When he went up against Anthony Joshua, arguably the best fighter in boxing right now, expectations were low. Ruiz apparently missed that memo, though. He beat Joshua via technical knockout, winning the WBA (Super), IBF, WBO, and IBO titles in the process.

Ruiz's odds for the fight varied by sportsbook but were as high as 25:1 in some places. That puts his victory as one of the biggest upsets in boxing history.

Prior to that fight, Ruiz's career earnings totaled $300,000. After dropping Joshua, Ruiz made a cool $7 million. Don't feel too bad for Joshua; he earned $25 million from the fight when all was said and done.

Now, the two are preparing to face off again in a rematch in Saudi Arabia. How much does each stand to make? 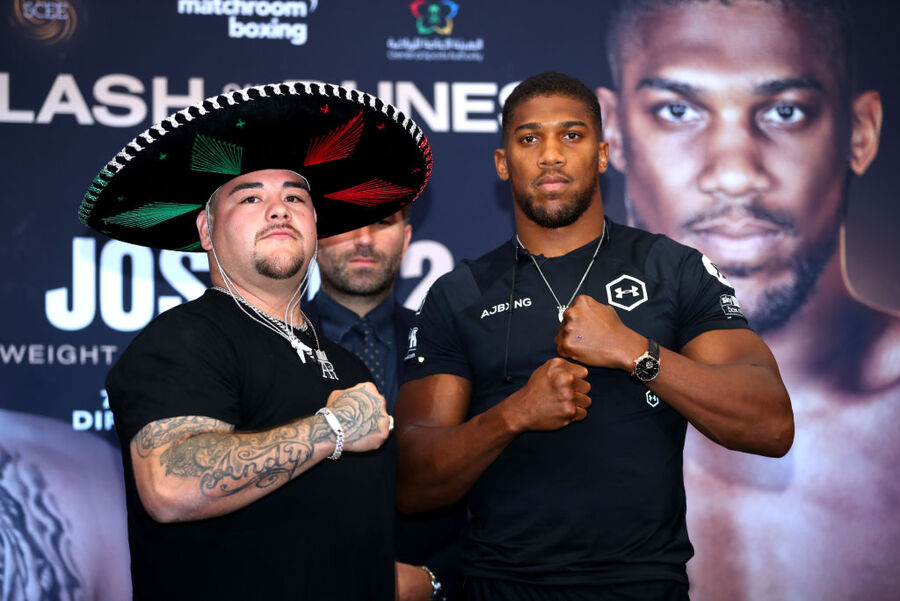 Despite winning the first fight, Ruiz's purse is still significantly less than what Joshua can earn. That's largely due to Joshua's promotional team, Matchroom Boxing. The company's leader, Eddie Hearn, received a $40 million site fee simply by bringing the "Clash of the Dunes" to Saudi Arabia.

Coupled with Joshua's star power – he's still the most popular British fighter in the world – his side's projected purse for the rematch is $60 million.

Of course, that's before things like taxes and trainer fees. Even so, it's a huge chunk of change.

Meanwhile, Ruiz's rate is more set in stone, thanks to a rematch clause in the contract from the first fight. He'll make $9 million from the fight, plus any outside endorsements. It'll be Ruiz's largest purse to date.

When the two touch gloves on Saturday, the big question will be whether Ruiz can pull off another victory. If he does, his next payday will be even sweeter.