Here's How Mookie Betts Can Save Millions Of Dollars In Taxes

Mookie Betts joined the Los Angeles Dodgers via trade earlier this year, and for a few months, it looked like he might just be a one-year rental. But Betts quickly squashed any rumors when he signed a 12-year, $365 million extension in July. That will keep him on the Dodgers through 2032.

The deal comes with a $65 million signing bonus. Depending on where Betts maintained his primary residence, he could lose more than half of that in taxes.

Because he'll make over $1 million annually, Betts will also owe 13.3% in state taxes to California, the highest state tax rate in the entire country. That tax comes from Betts's game wages. 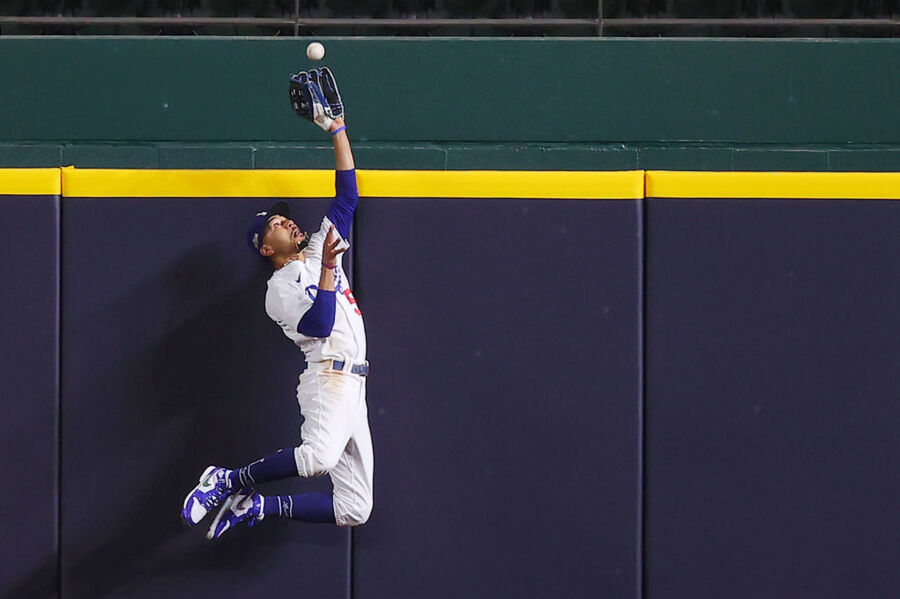 No matter what, Betts will lose more than 50% of his salary to taxes. But he can still save a ton of money if he keeps living in Tennessee. For starters, he won't owe any state taxes on his signing bonus.

Betts currently claims Tennessee as his main residence. He'll earn the majority of his contract while playing, but he has $115 million deferred until after 2032. If Betts stays in Tennessee the entire time, he'll pay about $158.5 million in taxes over the duration of his earnings.

However, if he officially moves to California to be closer to his "home" team, those taxes will increase. He'll pay $192.2 million in taxes during the same timeframe. That's a difference of nearly $34 million.

Athletes make huge salaries, but they lose a lot of their wages to taxes, too. While federal and wage taxes (the "jock tax," as it's sometimes referred to) are mandatory for any athlete, they can often save millions depending on where they live.

Tennessee is one of nine states with no state income tax. By choosing to continue living there, Betts will keep a lot more of his money.